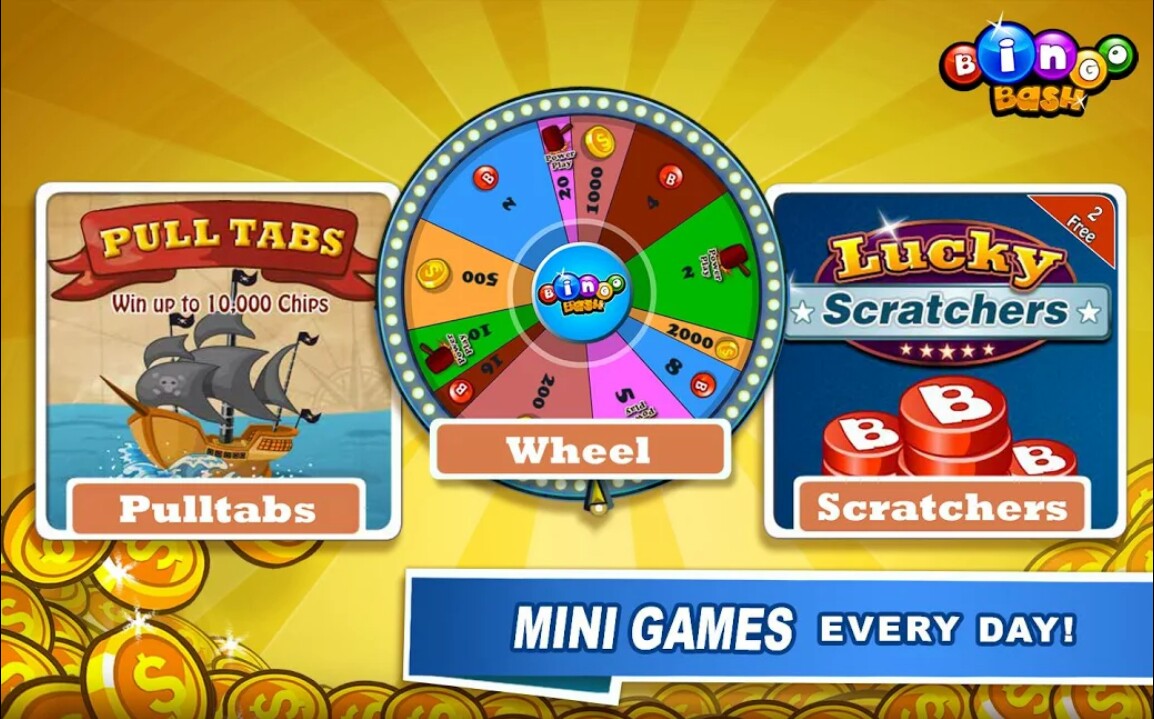 Bingo Bash is one of those games that sneaks up on you and causes you to be addicted without realizing it. Did you think playing Bingo would be something that would keep you hooked? No, but for some reason this game makes you want to keep playing.

Bingo Bash has a mixture of playing Bingo and mini games in one package. You use “balls” to buy Bingo cards to enter a room of your choice (you unlock more rooms as you gain more experience). If you run out of balls to use for Bingo, than you can play a mini game, which help give you more chips to use for power ups in Bingo.

Each room has a different feel, and even different options while playing. For example, the Bingo Royale room shows all the numbers that have been called, whereas other rooms do not. Other than that, most of the other stuff in the game is for hype to get you to play more.

The graphic was one aspect of the game that was inconsistent. I can’t quite put my finger on it, but transitions were terrible, and everything except the actual Bingo moved slow and stuttered. I have a first gen Moto X, so arguably not the best phone in terms of processing, but it’s no slouch either. Yet, whenever I opened the game, I would turn down the volume, and that would cause the game to force stop.

Overall, while the app becomes addicting after paying, the slow graphics and processing make it a but frustrating to use at times. Still, if you’re looking to sate that gambling thirst (without spending real money) than Bingo Bash is a feature filled game that can keep you busy.