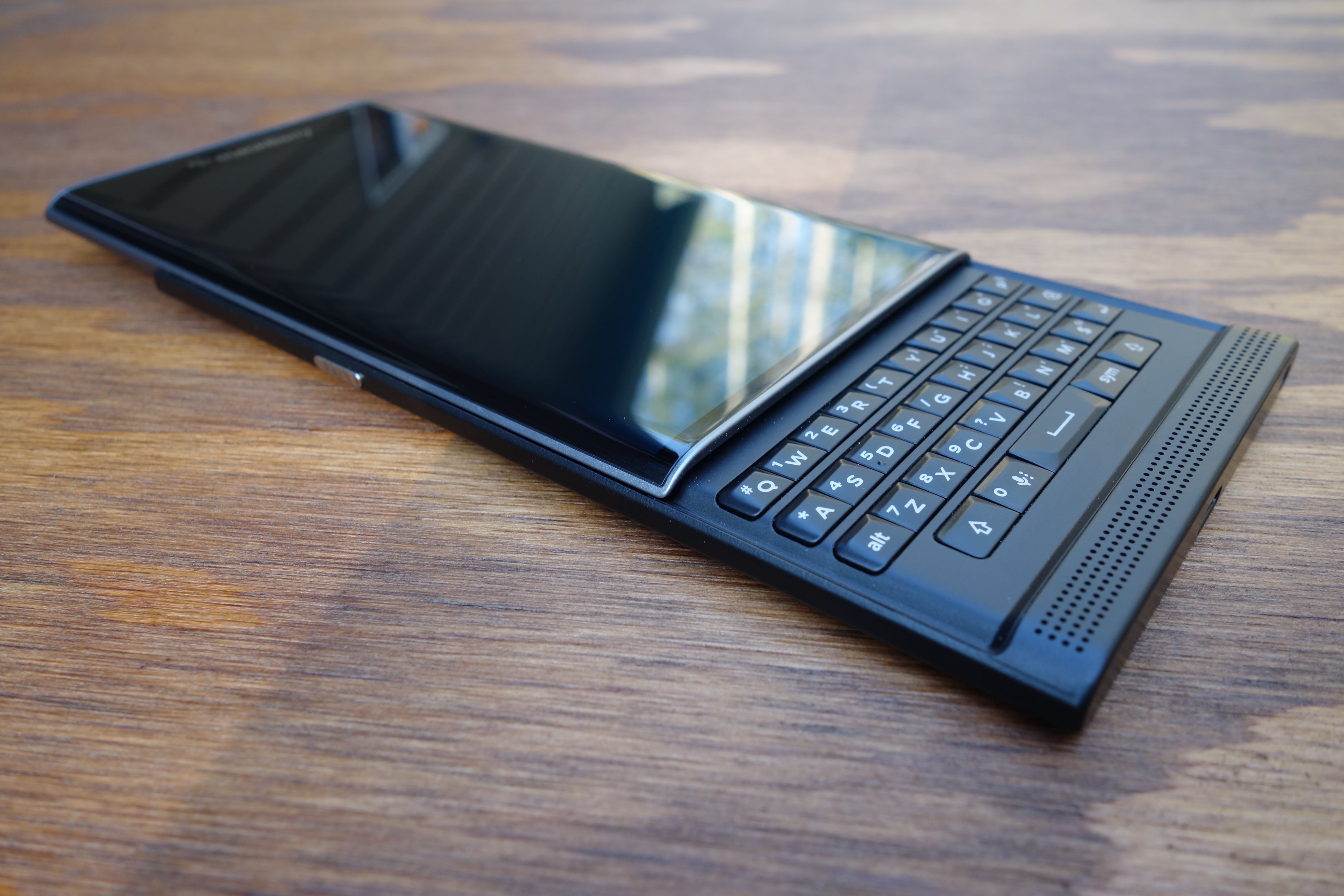 I need to start by saying that I’ve never owned a BlackBerry device. I’ve never found them attractive, and as Android grew over the years, that became more true. We’ve seen several platforms die in Android’s wake, such as Palm and Windows phones, but somehow, BlackBerry is still here.

But in the trying struggle, something had to give. The company was forced to throw away its precious mobile OS and join the Android bandwagon. This new effort debuted with BlackBerry’s newest flagship, the Priv. 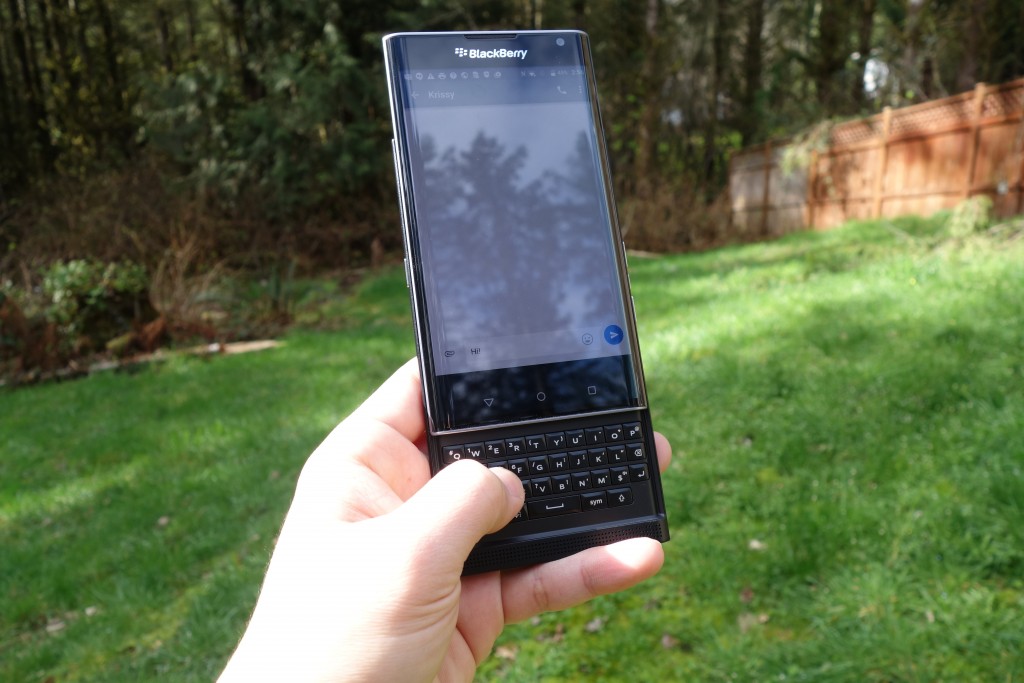 It’s a valiant effort, and the Priv actually turns out to be a great option in the slew of top-running Androids today. Let’s go over how that is. 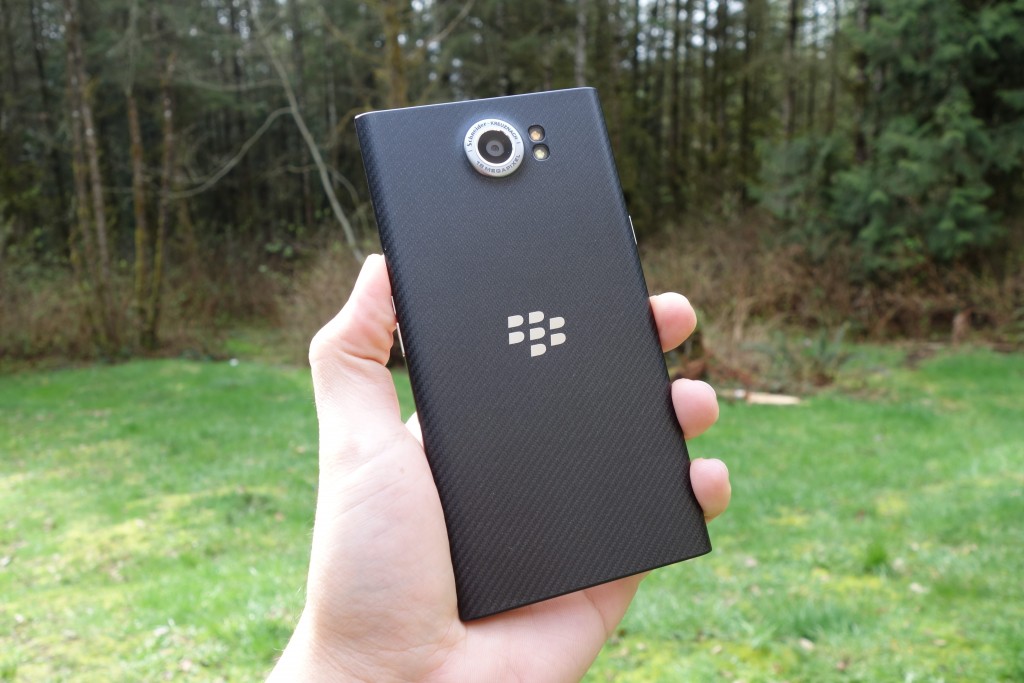 The Priv isn’t a small phone. Although the 5.4″ display is kinda of in that grey area between reasonable and large sized phones, the Priv feels as much as phablet in hand as 5.7″ devices do. That’s attributed to the width. For instance, the 5.7″ Note5 is 76.1mm wide while the Priv is 77.2mm. It’s also not the lightest phone on the block, at 192g.

The compromised dimensions are not in vain, though. BlackBerry’s did not give up its signature physical keyboard, and for what it’s worth, it’s one of the only Androids you can find today with the feature (the only flagship, certainly). The screen slides up from its base in portrait mode to reveal tiny keys. I’ll cut to the chase, a keyboard this small just doesn’t make sense. If you’re doing to do a keyboard slider phone, do it in landscape. You must use your fingernails with keys this small, and I just don’t find myself typing faster than on a virtual keyboard. Maybe if you’ve become skillful with this keyboard over the years with a BlackBerry, but newcomers will probably stay away from it (which is a bad thing, because that’s one of the Priv’s selling points.). I apologize for starting off negative. Actually, I’ve come to like the design overall. From a top view, you can see that the sides are rounded, which makes for a great grip. The back is not removable, so the SIM and microSD trays pop out from the top. The casing has a carbon fiber texture and is smooth and somewhat sticky to the touch. While “sticky” may sound unappealing, it keeps the Priv from sliding out of your hand. While we’re on the back, towards the top there is a modest circular camera hump. It’s lined with a silver ring that reads “Schneider-Kreuznach”, referring to the specialty optics (which we’ll cover in the Camera section).

BlackBerry has not yet joined the metal movement, but I actually wasn’t deterred by the plastic build. The Priv feels refined, solid, and definitely shows BlackBerry’s phone-building experience. However, I do get that plastic creaking when I put pressure on the chassis, and because you have moving parts, the screen ever-so slightly wobbles. But to me, this is the trade-off in having a slider.

I don’t know why BlackBerry chose to put the power button on the left side of the phone (I’m not left-handed). It drove me nuts at first, but I eventually got used to it. What’s also interesting is that there’s three buttons on the right side. The top and bottom ones control the volume, and the middle one…doesn’t really do much. It can mute phone calls, but aside from that, when I press it, it just brings up the sound controls. It would’ve been nice if BlackBerry allowed the user to remap it to different things.

One last point is that the speaker is front-facing, on the bottom. No, it’s not a dual, stereo speaker setup like on a couple flagships, but it’s way better than a rear firing speaker (or even a bottom placement).

Here’s a quick breakdown of the Priv’s specs:

I haven’t had any big issues with performance on the Priv. It isn’t the smoothest or most fluid Android experience out there, but it’s not a laggy mess either. You do get the occasional stutter as you’re navigating the UI, similar to a Galaxy phone. That is a little surprising, because the Priv looks like a near-stock build. I guess there’s more BlackBerry stuff in the background than it lets on (we’ll talk about software a little later). BlackBerry joins the AMOLED bandwagon, and I’m glad it did. This display looks great to my eyes. Unlike the Nexus 6P, which also uses a current AMOLED panel, I don’t find myself missing my Galaxy device (Samsung manufacturers the best AMOLED displays). The colors aren’t too vibrant or dull. It can get bright and does well outdoors. And thanks to the QHD resolution, the images look clear and sharp.

Interestingly, BlackBerry chose a curved screen for the Priv. You wouldn’t expect something so flashy on a BlackBerry device, but I appreciate that the company recognized it needed an aesthetic bump. The curve is subtle but noticeable (it doesn’t slope as much as Samsung’s Galaxy Edge phones). Don’t expect it to add anything in regard to functionality; it’s just for looks.

It’s worth mentioning that BlackBerry takes advantage of that OLED panel and incorporates Ambient Display (screen minimally lights up to show notifications) and double-tap-to-wake. You’re also allowed some color adjustment – white balance (between cool and warm) and saturation (between subdued and vibrant). The Priv introduces a Schneider-Kreuznach lens (a German optics manufacturer) with a meaty 18MP capture resolution. Sounds impressive on paper, but let’s see if that translates to great performance. Here are some sample shots.

I was pretty satisfied with the quality of the pictures. I surely surpasses my expectation for a BlackBerry device. You don’t need perfect lighting to get a great shot. I wouldn’t call it the best out there, though. The camera can struggle in a dynamic range (slightly overblowing the light), and the focusing can be hit or miss. For some reason it doesn’t always auto-focus on the closest subject, even when you move it closer. The capture speed also isn’t the fastest out there, but it’s passable.

The Priv’s 3,410mAh battery was a great performer in my experience. It easily could get me through a day, with some to spare. Of course, everyone’s uses their phone differently, so take that into account. I tried to get a varying usage between T-Mobile’s network and WiFi, using common apps like Chrome, Maps, YouTube, Play Music, Google+, Twitter, Feedly, Flipboard, and Slack. I want to also praise the minimal idle battery drain (the long, smooth slope on the graph above was while I was sleeping). The Priv is on Android 5.1.1 (Lollipop), so it’s missing Google’s nifty Doze standby battery optimization. BlackBerry’s solution fortunately appears to be comparable.

As mentioned earlier, the Priv appears to run a mostly stock version of Android. That’s really just on the surface, as BlackBerry incorporated plenty of tweaks, but I appreciate that the UI keeps Android’s true aesthetics. The home and lock screens, notification pull-down, app drawer, and Settings menu all have Material Design’s looks and animations. Let’s talk about what BlackBerry has added.

I noticed a little star appearing on some icons, and had no idea why. Eventually, I figured out that BlackBerry does this whenever that app gets a notification. It’s pretty cool, actually. When you pull down the notification shade, the apps that correspond to your current notifications are shown along the top. What’s more, if you click on one of the icons, it’ll isolate the displayed notifications for just that app. That’s neat and a great organization tool for busy folks.

Typically, in Android, when you swipe up from the Home button, you’re taken to the Google app. BlackBerry has taken this opportunity to give you more shortcuts. By default, you can also access BlackBerry’s device search or the BlackBerry Hub. Fortunately, you can change the shortcuts in the settings.

I became quite fond of BlackBerry’s virtual keyboard. When I receive a phone, one of the first things I do is install Google Keyboard. I didn’t on the Priv. It’s simple, like Google Keyboard, and the key placement/spacing is just right. A really neat thing about it is that the word predictions pop up around the keys as you’re typing. You swipe your finger up to select the word, so there’s minimal finger travel. Once you get used to it, it’s really efficient.

For BlackBerry fans, you of course have the company’s array of tools. BlackBerry Hub brings them all together, as a one-stop shop. Familiar BlackBerry apps are present, such as BBM, Calendar, Contacts, Notes, Tasks, etc. Additionally, BlackBerry still promises security, with a system called DTEK. It’s meant to secure your personal data and monitor for any foul play from apps. DTEK automatically watches over your phone (in real time), but takes it a step further by notifying the user when an app requests sensitive information and providing a log of the app’s behavior. You can read more about DTEK here.

BlackBerry gives the curved edge some use with a pull-out tab, not unlike Samsung’s Edge Panel. Just swipe from the edge and you’ll get a quick peek at information from BlackBerry’s Calendar, Messages, and Tasks apps. You can also set favorite contacts. I’m not a BlackBerry fan, but all in all, I have to admit that this is a good phone. It didn’t blow my expectations, but certainly surpassed them. The Priv is definitely a nice and different option out there among the select flagships. It can stand with the pack, in my opinion, and that’s quite an improvement for BlackBerry.

I’m now kinda left hoping that BlackBerry sticks around, and I want to see it build on the Priv’s design. I’m not a fan of the tiny keyboard, though, and hope that they dump it or make the phone a horizontal slider. I also would like to see more premium materials, especially since it’s not a cheap phone. It’s currently going for $637.

We’d like to give a shout out to B&H Photo for providing our Priv review unit!