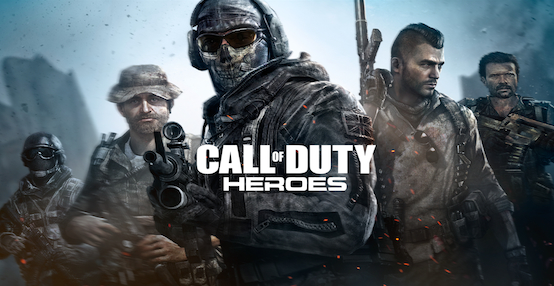 Not Super.  But a Hero, nonetheless.

Lately game publishers have been eager to spin off their popular console and PC titles onto mobile platforms, in order to broaden their audience and cash in on the popularity of some big name games. Call of Duty: Heroes is a perfect example of this push towards market expansion and big name proliferation.

Created by newcomers Faceroll Games, Call of Duty: Heroes sets players on a path of resource gathering, troop and operations management, and leader of the heroes, as a commander of a military base. As missions are completed, the player is rewarded with fuel and money which brings more items, heroes, and resources to expand. The overall mission structure is fairly strong and the base mechanics work well, as long as you can avoid the occasional network issues.

Being a free-to-play game, you will come across the “pay-to-advance” system that is unfortunately found in many games. Each building you create or troop you train takes time, and in order to skip the wait, you can spend the in game currency, Celerium. However players also have the option to watch video advertisements in order to acquire more Celerium.

Overall, the base-building and supply gather system can be quite addictive. This is a tactical, real-time strategy game interspersed with short mini-game action sequences. Troops and buildings are discernible from the bland backgrounds and the sounds and music are good, but not quite what we normally expect from a Call of Duty game.

Controlling heroes is where the game gets a little more in depth and consequently a little more entertaining. All heroes are callbacks from the mainline Call of Duty games and fun to watch when they’re out strutting their stuff. Each hero has the ability to go on ‘Killstreaks’ as they progress through their own missions. This is a nice changeup to the otherwise bland mechanics found in basic troops.

As you complete missions you’ll open up new play styles including a PvP mode that lets you play online against others and a survival mode that pits you against waves of enemy forces. Upgrade quickly and effectively and you’ll soon find yourself on the next mission – or make a mistake in allocating resources and you may find yourself scrambling for the appropriate weapons and troops to take down your enemy.

Call of Duty: Heroes doesn’t bring anything new or amazing to the table, but its overall polish, variety and unique callbacks within the franchise, make for a solid game. Any fan of military action or strategy games -or Call of Duty fans in general – will find a solid amount of entertainment and gameplay here. Heroes is a back-pocket call to duty that’s worthy of recruitment.

Check out Call of Duty:Heroes at the Google Play Store.