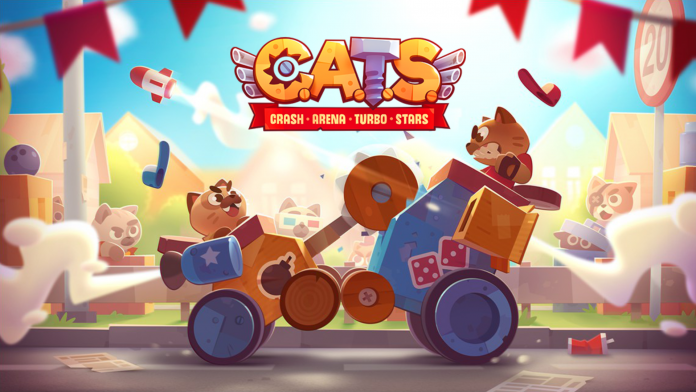 CATS: Crash Arena Turbo Stars is an action packed fun game where you have to use the skills of the engineer and the designer in you to build the perfect battle machine to defeat the world’s most evil creatures, cats. Both the player and the opponent are cats which might sound cute but is actually savage.

CATS is a physics based classic battle game developed by ZeptoLab which is known for the popular physics based game, Cut the Rope. The game is set in a backyard where cats with powerful vehicles clash with each other and gravity plays a major role here. Even though there is a lot of destruction and violence involved, the game is still ideal for everyone in the family to play because your enemy, is a cat.

Cost: Free (With in app purchases for gems)

Before you can start destroying the battle cars of your enemy cats, you have to do the basic setup. This includes giving a nick name for your cat, (mine is Caty) and then connecting your Google Play account to record your scores and achievements. After this initial setup you can dive right into the game. You can also compete against your friends and share your best scores and achievements with them. 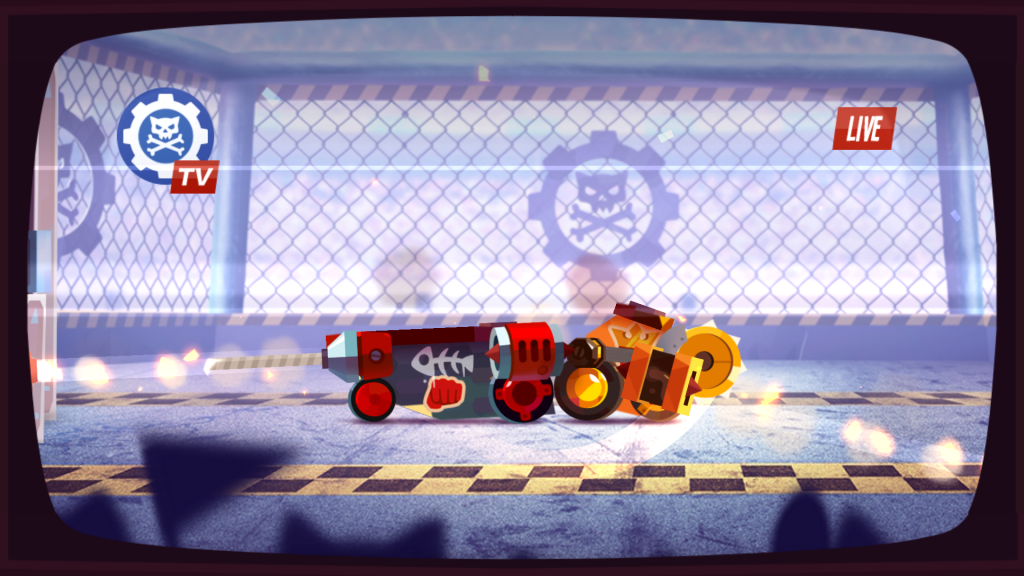 CATS has a very simple and a straightforward gameplay much like other robot battle games out there, destroy your opponent. But, unlike those games, you don’t have to keep tapping on your screen to throw away your punches and kicks. Instead, you have to spend some of your time or maybe even some money to build your battle car.

The game requires you to have a basic knowledge about which parts should be used and which of them should be fused together. There are three main parts that make the battle car which include, the body, the wheels and the weapons of mass destruction. You can drag and drop parts to fuse together to upgrade their strength.

CATS is a downright destruction game and once you spend some of your time to create a perfect war machine or battle vehicle you can easily work your way to the top of the champions list. There is a cat which would guide you throughout the game and instructs you what to do on every stage. 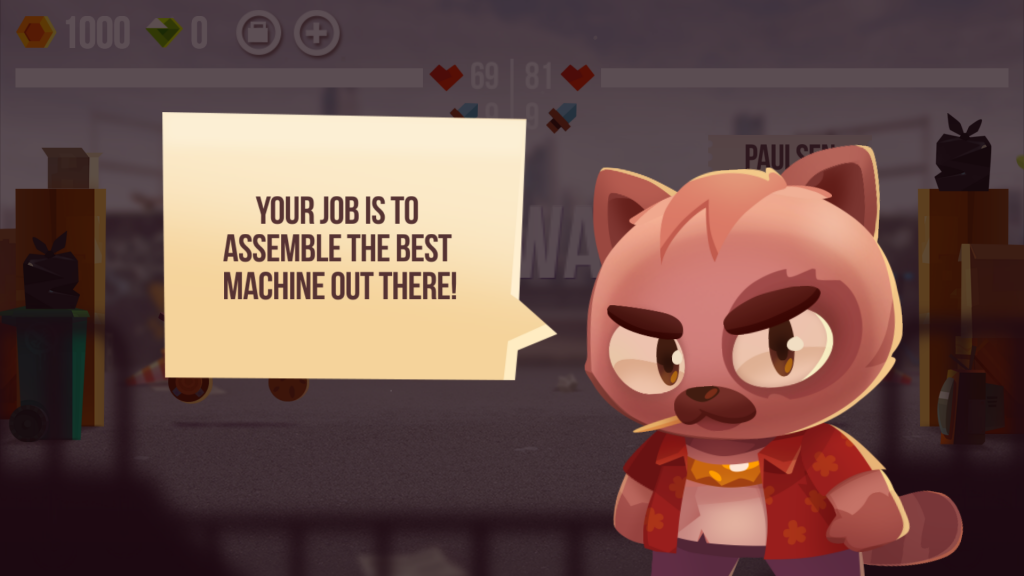 The initial stages are somewhat difficult to pass through as your opponent cats would have massive weapons while you only have a basic saw which fails to destroy the battle cars of your enemies 90% of the time. But as you progress through the levels, you will be gaining more gems using which you can either buy new weapons or upgrade the old ones.

Since the game has no manual controls to attack your enemy and it is purely based on gravity, the only way you could defeat your cat opponent is by designing the perfect vehicle. The key to climb up the leader board is to make sure that you fuse together the most powerful weapons and use the right kind of wheels to your body. Small wheels might prevent you from pushing your opponent while large wheels might put you in the danger of getting flipped and ultimately destroyed. So, choose wisely, because the gems are limited. 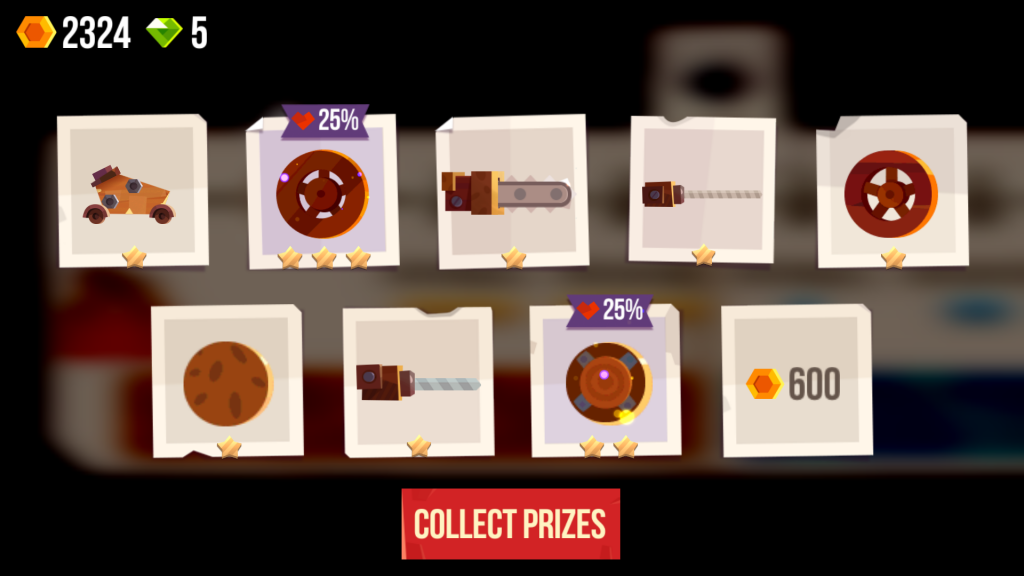 CATS needs you to complete a specific number of battles to move on to the next level. You can upgrade your components and add new ones at the end of every stage. If you feel like you are losing a lot of gems, you can either make in app purchases or consider betting on live battle games happening in the game arena. You have to bet on a player using a weapon you have and if the player of your choice wins, then you would get bonus points in terms of weapon upgrades.

The graphics of CATS is too good that sometimes it feels like you are watching a trailer of an animated movie when the bet match is being played. The visual effects are also cool with wrappers popping up when you win a bet and cats escaping with the help of parachutes when their vehicles are destroyed. The game developer has kept things as cute as possible and also makes sure that they are quite savage at the same time.

The final thoughts on CATS is that it aims at keeping the audience engaged and entertained at all times and after destroying a ton of vehicles in the game, I have to say that they have successfully achieved their aim. 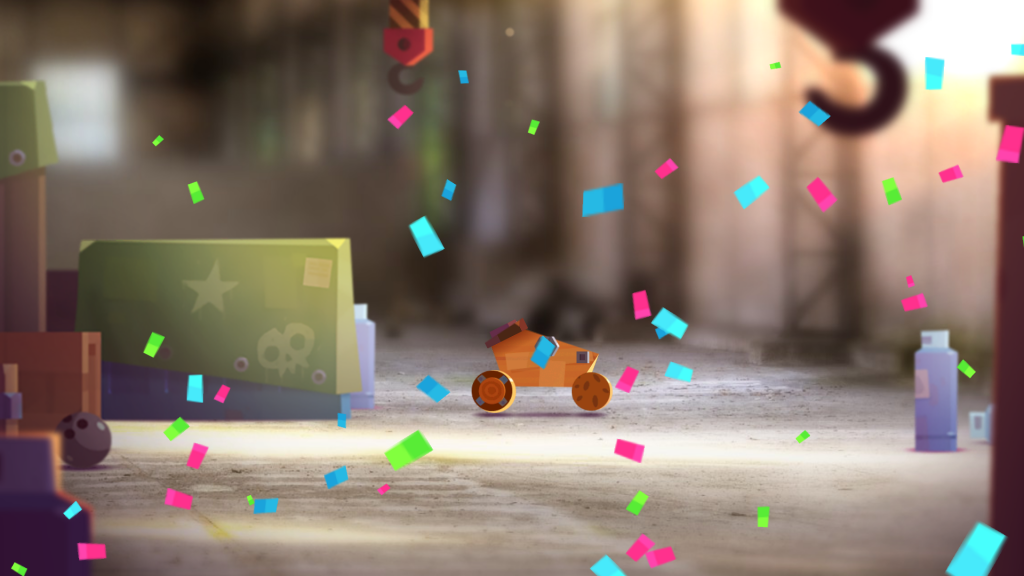 If you have some time to spare and would like to spend it by destroying some vehicles of cute little cats, then you can definetly give CATS : Crash Arena Turbo Stars a go. But keep in mind, everything in this game is fictional and you don’t have to hate cats in real life just because they destroyed your vehicle consecutively for the 10th time in the game.