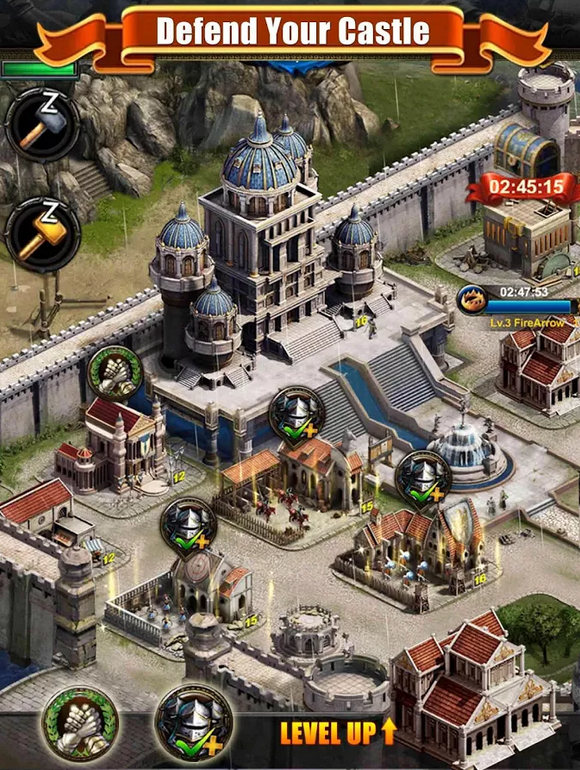 Fight other players and exotic creatures in this addicting real-time strategy game. Clash of Kings is the latest hit from Empire Game Studio set in a vivid fantasy medieval world. You start off by laying siege to a castle in an attempt to take back your home. Your armies ultimately succeed but before you have enough time to break out the ale, you are thrown into the process of rebuilding your empire.

Empire Game Studio did a great job in making Clash of Kings look as appealing as it is fun to play. The visuals for Clash of Kings are very crisp and vibrant, which is always huge boon, as it does not matter how fun a game may be to play, if you have to stare at ugly images all day, the game will eventually wither away. Characters looked merry and detailed (you know, as much as they can, during a time of war). Overall, Clash of Kings did a phenomenal job in making sure that the game look HD, as all modern games should be.

After the effects of your recent siege begin to dissipate, you are greeted by a mysterious woman. From the looks of her attire, she must have lost most of her clothing during the attack. Nonetheless, she serves as a basic tutorial and she instructs you as to how to rebuild your home. Once you have some basic military and resource building constructed, you are free to rule as you please. Clicking on the various building types shows you what they offer and what the requirements are for building it. There is also handy info board near the castle that you can click on to get further information, should you need it.

With all that said, the game really comes down to you upgrading your buildings to get better troops, then sending those upgraded men to battle against monsters and other players, which takes place on an expanded multiplayer world map. Clash of Kings is a great game for those that enjoy city building and strategy games. The game itself is free but there are some in-game purchases that you can procure to give you an edge against your opponents.