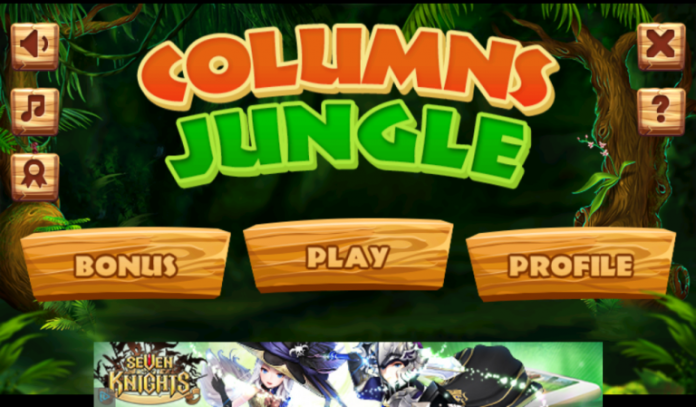 Match three gems in a row in this puzzle style game by switching the order of the color columns while they fall. But don’t let it catch up with you and fill up the play area.

There are four controls: left, right, down and rotate. You must use these controls to move the color columns around so you can try to get three of the same color in a row either horizontally, vertically or diagonally. There are also three game modes: arcade, timer, and play with friends – which play about as you’d expect.

When I started playing this game, I thought it reminded me of Tetris meets match-three games, but my wife correctly pointed out to me that it was more Dr. Mario meets match-three games, except with three color columns instead of two. The first thing I noticed is the graphics. They aren’t horrible, but they don’t stick out as awesome, just mediocre.

Controls… Are a little wonky. There are four buttons, two on each side of the play area. There are so many games that use swipe to play and I really wanted to swipe. It wouldn’t take much to swipe left and right for moving and tapping the screen to change the colors around.

I never had the chance to play online against someone else, but I suspect that will take time for a user base to build. I must give kudos for not making the ads annoying. They are very unintrusive.

When it’s all said and done, Columns Jungle is off to a good start. A couple of tweaks to the game could really go a long way in making a very popular title. I would recommend this to puzzle gamers.