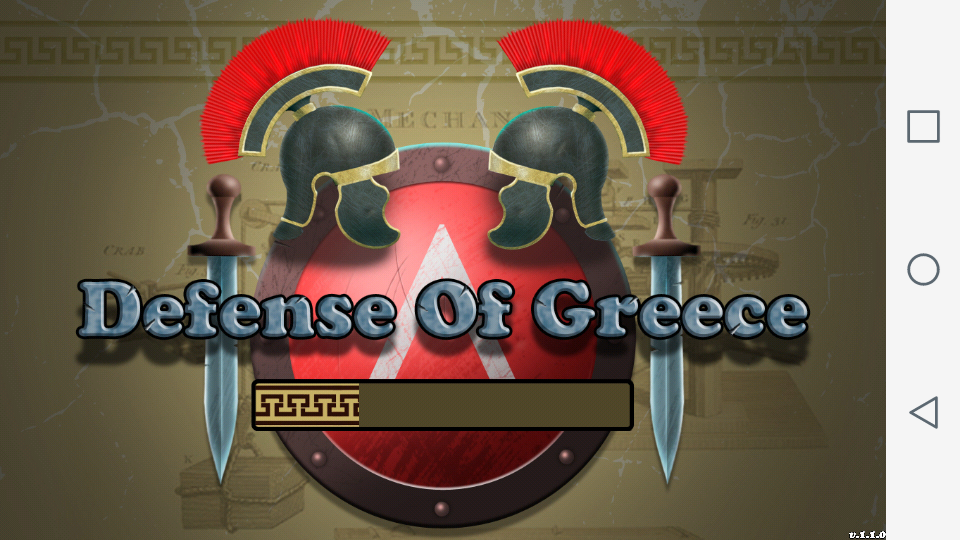 Tower-defense games: love them or hate them, you’ve got to admit that they provide a lengthy challenge that can be played anywhere. First Games Interactive has created one based on the Ancient Greeks defending against the hordes of Romans. Read on to see if it’s worth downloading.

On the opening screen, you’re greeted by a Greek engineer and his assistant. They explain the basic story behind the game: the Greeks are being attacked by Romans and have to defend. You’re taken through a tutorial on all the different towers and the physics behind everything. It was very thorough and I had no doubts when I started playing by myself. You can obviously turn off the music and sound. There is no option to connect to Google Play Games, which may not be a big deal, but there is no saving your progress or improving your Google profile score. Otherwise, you’ll have no struggle beginning to play.

If you don’t know what a tower-defense game is, think of it as a bunch of enemies who are following a path. In-between these paths are your defenses, called ‘towers’ that use their dedicated powers to fight back against the incoming hoards.  (UPDATE: More are unlocked as you advance) Lag was not present and there were no annoying adverts – only the type that occasionally pops up when you finish a level. If you’re seeking pleasurable gaming experiences, look no further.

Unless you have something against TD games, it’s a decent try. Unfortunately, there’s also probably a better tower defense out there. But go ahead and try it!

And not so much:

Let me put it like this: It’s a good game, but there’s better tower defenses out there. There’s nothing really wrong with it, but it doesn’t seem to have anything unique that other games don’t.