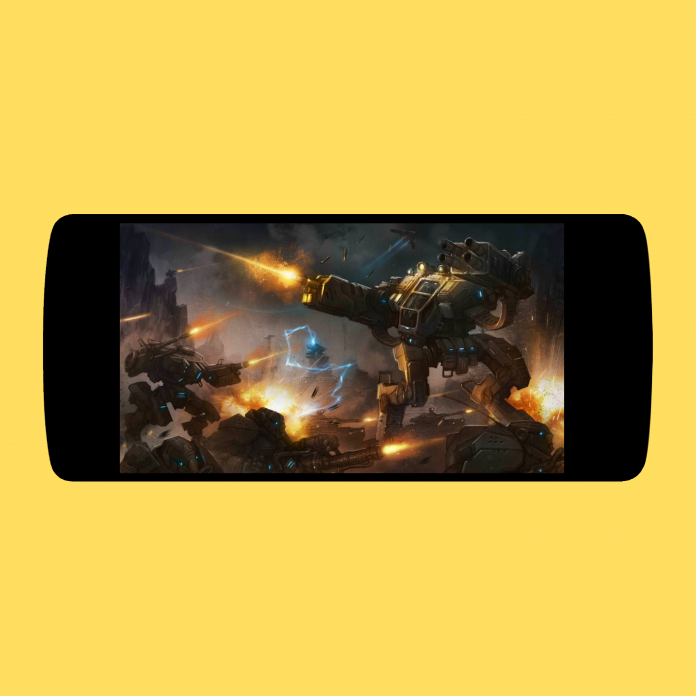 When was the last time you played a tower defense game? Probably some of you have done it recently, but the truth is that this enjoyable and thorough kind of game has taken a seat back in favor of endless games in recent years. There is a huge fanbase around the genre, though, and it is easy to see why. The games are entertaining, add strategy and progression elements, and most of the time look very polished in the audiovisual department. Defense Zone 3 HD is one of the most recent games in the genre, ticking the boxes for everything that a tower defense game should have. 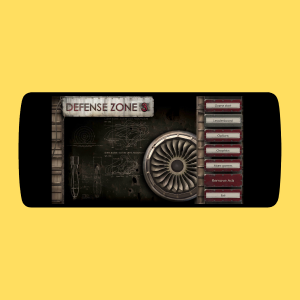 Defense Zone 3 is, at its core, a tower defense game. You need to protect your base from incoming enemies through the deployment of weapons and special skills along a twisty corridor. It is funny that the game never exactly shows what you are protecting. We can all assume it is a friendly base, but the only way of knowing that you are failing in your tower defense duties is by letting enemies go through the end of the long path you’ve sworn to protect.

There are 15 missions to choose from, and each one provides four levels of difficulty. They range from Easy to Nightmare. Since the premise of the game is pretty simple, the developer decided to omit some kind of tutorial or help for newcomers. Even though this means that you can start gaming right away, the amount of stuff on-screen can be a little bit daunting at first and you still have to figure out some stuff before you can actually enjoy the game to the fullest.

When starting the game, you will have some resources allocated to you. The primary one is money, which is used to buy new weapons to deploy through the war zone. In order to deploy one, you just need to drag them from the bottom of the screen to the designated areas, which are marked by blue squares. These weapons will start to fire automatically as soon as it detects an opponent wandering through their premises.

The armament at your disposition varies in price, strenghts, and abilities. For example, the cheapest one is a machine gun that works best when deploying at the beginning of a stage when your resources are limited, but it gets too weak for subsequent waves. There’s a much stronger missile launcher, but it is also more than twice as expensive to deploy and the firing speed is rather slow. You need to find a combination that works best for your situation. 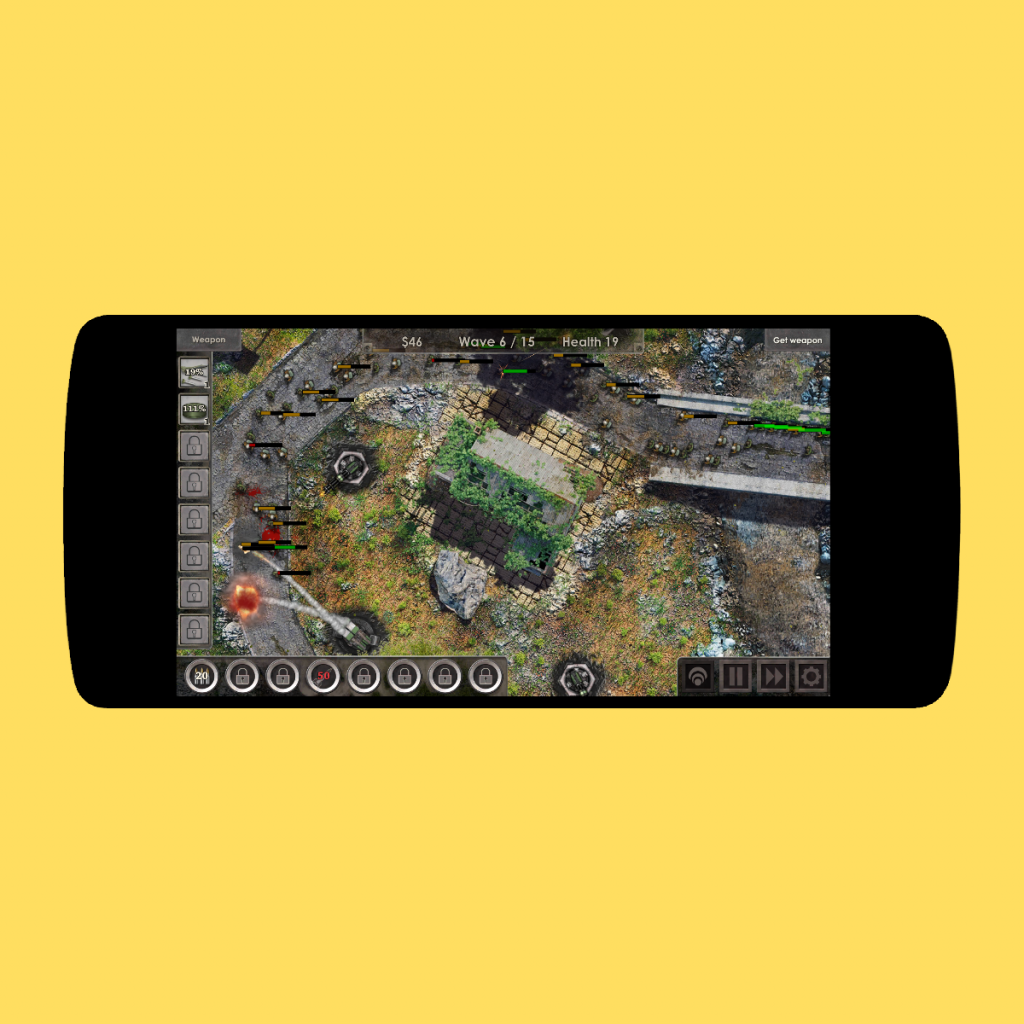 Enemies come at you in waves (insert Trivium meme here). The last wave is normally a huge single boss that takes a lot of effort to destroy. How many waves the game throws at you depends on the level, but these can be rather long. My first game took approximately 30 minutes to complete, which could be too long for you, depending on the situation where you play mobile games. Fortunately, there are some speed settings you can change to suit your needs.

You will quickly realize that the stock weapons are too weak for some enemies, so the game lets you upgrade your turrets to increase their power, range, and firing speed (or amount of ammunition fired at the same time). Since space is limited, this is the only way to effectively stop later waves from invading your base.

Also, some weapons can engage in something called Hellfire, which is a temporary boost of power and firing speed you get from time to time at no additional cost. Finally, there are some additional weapons that you can activate from time to time, such as help from aircrafts or some weird waves that slow enemies. 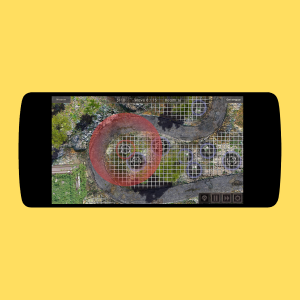 When starting the game, you could feel a bit lost with all the options at your disposal. For people who are not used to tower defense games (or that haven’t played them in a long time), the first couple of waves could be very confusing.

However, once you get the hang of it, Defense Zone 3 is loads of fun. Enemies get more complicated as you cruise through the different levels, weapons at your disposal get more powerful, and the strategic decisions you have to make on the fly means you are challenged at all times.

The fact that you unlock weapons as you clear levels means that you feel a sense of progression when playing the game. However, I feel like the game could have experimented with some type of in-game currency in order to unlock weapons.

Being powered by the Unity engine, graphics look superb. From trees to weapons to enemies, everything has a great amount of detail and looks outstanding. If your phone is struggling a bit, you can deactivate the drawing of certain elements. I tested this game on a Samsung Galaxy S8 and on a Huawei Honor 7 Lite and neither suffered from performance drops, so it seems like the developer found a great balance between superb graphics and smooth performance. 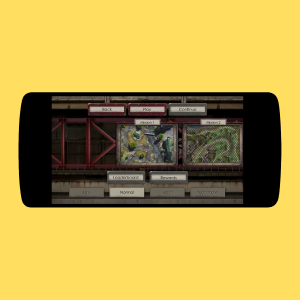 If there is something to complain about, it is the interface. In an attempt to follow the visual guidelines imposed by the sprites used in the game, the interface uses similar colors to the background. If favors a lot the use of brown and gray colors, which makes it difficult sometimes to clearly distinguish between the interface and the background. Also, font could be rather small in some situations.

Some other interface quirks include the lack of bulk upgrading or activation of Hellfire. If you want to upgrade several weapons, or activate Hellfire on all of them, you have to tap on each one individually and then tap the upgrade button (or Hellfire, depending on the case). Depending on the positioning on the map, tapping a weapon can get a little bit tricky, and sometimes I found myself pausing or speeding the game instead of tapping a weapon.

These are some minor annoyances, though, and they don’t erase the fact that the developer has done a great job in the graphics department. If some small UX could be fixed, then the game would have absolutely no issues in this area. 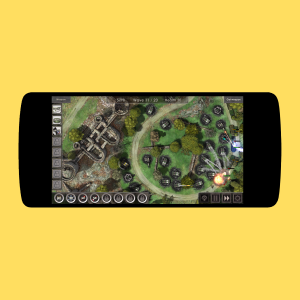 I have found out that normally war games have a good sound, since it is their duty to immerse us in the mayhem that is going on. Fortunately, Defense Zone 3 is no different. The weapons all sound great, with everything from explosions to aircrafts being executed in a great way.

However, the real star of the show is the background music. It is composed of epic, dramatic tunes that really add to the experience. Coupled with the audio effects, they converge to create a truly exceptional experience.

Tower defense games experimented a spike in popularity years ago with the likes of Kingdom Rush, Toy Defense, and Plants vs Zombies. However, that doesn’t mean that there aren’t good tower defense games in the current market, and Defense Zone 3 is a good example of that.

While some of the other tower defense games are more focused on flashy, sci-fi elements, Defense Zone 3 tries to adhere more to a real war zone, with some futuristic turrets and special skills sprinked on top. With its 15 stages and four difficulty levels, I assure you that there is something here for everyone.