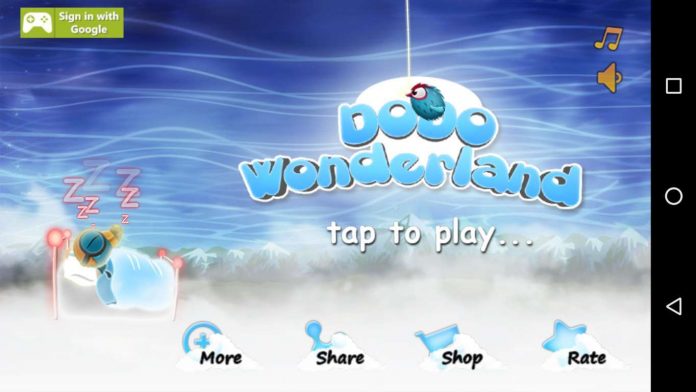 DoDo Wonderland is a Jetpack-Joyride inspired endless runner, that has you in control of a cute dodo bird as you avoid obstacles and collect coins while getting as far as you can.

DoDo Wonderland, or DoDo Superbird Endless Runner as it’s called in the Play store, is one of those addicting little runner games like Jetpack Joyride or Temple Run, with an infectious charm and simple mechanics that make it accessible to everyone. The art is cute, and appealing to the eye and the music is jaunty and uplifting, although I wish the song loop was a bit longer.

Gameplay is straightforward, tap the screen to make the bird rise, and release to let him fall. You can collect power ups like magnets to pull in coins, and a points multiplier, and you can kill the enemies on screen by landing on them to gain a bit of distance points as well. Simple, and accessible if not entirely original. The game doesn’t do enough to up the difficulty, however, and after a while it becomes very easy to get far without being hit once. I would have liked to see some more challenge thrown in once you pass a distance milestone, to add some gratification to beating high scores.

There are upgrades to acquire using the in-game coins, which boost your abilities and power up effectiveness, but they are rather pricey. Thankfully, there are no microtransactions to worry about, but the ads can be a bit intrusive at times, pulling you from the game to watch a video ad too often for my tastes.

There isn’t too much to say about DoDo, it’s simple and innocent while still being fun and engaging. It’s certainly easier than similar games in it’s genre, and definitely appeals to kids more than anyone else. I’d certainly recommend this one for the kids’ tablets as a great alternative to Jetpack Joyride or Temple Run.

1 of 3
Note: Select outbound links may include affiliate tracking codes and AndroidGuys may receive compensation for purchases. Read our policy. As an Amazon Associate we earn from qualifying purchases.