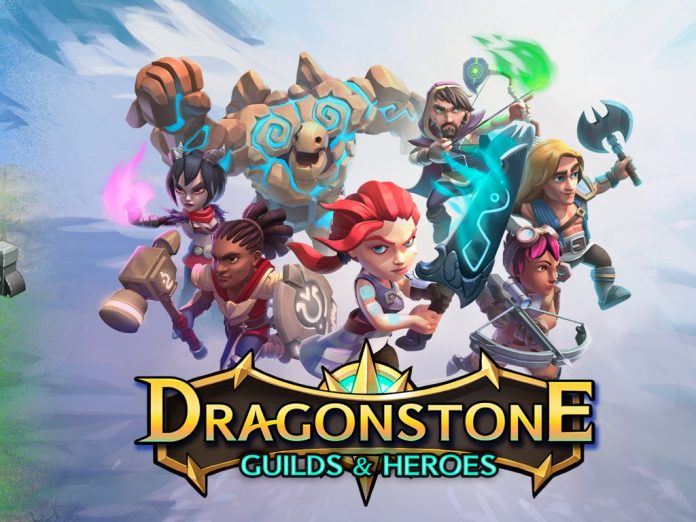 Dragonstone: Guilds & Heroes is a game in progress by Ember Entertainment, the guys that made Empire Z and Bingo Beach (with cats?) and others. The game is available now on Google Play and the Apple app store. It is very kid friendly – until you look at the in-app purchases, more on that later – and is surprisingly complete (and bug-lite!) for a supposedly incomplete game. Anyhow, lets get into this review. Pull out the popcorn, or an axe. I’ll let you choose.

But wait, can I install it?

Well, as for minimum android version, It is tagged with needing 4.1 (Jellybean) or higher. Once installed (and its downloaded all of its extra data) the file size is about 174mb(and slowly climbs,) so keep that in mind if you install it. If you don’t have Google Play Games, don’t worry – the app will complain once, then work fine. 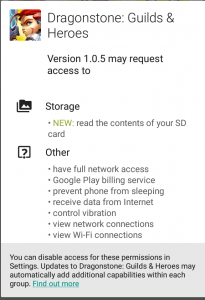 Nb – Despite having nougat, the app has never asked for the storage permission. It may have use later on, or be removed.

So no unusual permissions, except from vibration – but being able to make you phone vibrate, even if it gets as bad as me not turning on WiFi for two days and then being swamped in YouTube notifications, is not really a privacy matter.

How do i get started?

Ah yes, the tutorials. When you launch the app, It’ll download and install extra data. This took about 30 seconds for me, then it loaded up. Firstly, you are greeted by some warrior, who very briefly explains basic combat to you., while asking you to free a Ranger. Just tap your attack, then the victim.

After you free him, you are tasked with adding him to your team (made easy with arrows and forced camera) before continuing.

Next up – You defend your vault from yet more monsters. you also get taught how damage types – specifically, magical and physical – work, as well as how to tell what would be better against some opponents.

THEN (YUP! Not done yet!) you get a chest. Yup, this game has the Clash Royale chest system.

As for the rest of the tutorial, it talks about how you can use the bosses you kill to defend your town, and gives you another character and more information for combat. You may notice a blue bar under your health bar (and enemy’s health bar) you can only attack when that is full, and it charges while not full. I’ll admit, both are pretty good mechanics that can make this feel much less turn based, and give a good reason to pursue bosses.

It also explains how rarities and building levels work – You upgrade your town hall to allow building upgrades, then barracks to increase level limits, and camps to add more people to your attacking or defensive parties. The rarities of heroes and bosses dictate their individual level caps, along with how well their stats rise on level up.

But how does it play?

The game handles a lot better than I expected it to. You get 4 resources – Wood is used to build and upgrade, Mana is your stamina (which is stored in your vault) Gold is also used upgrades, but can also be combined with ‘shards’ (dropped from monsters) to create and upgrade weapons, armor, and pets. Lastly, gems are your ‘premium currency’ used to speed up things and get premium goodies.

Then you have the fight modes. The Campaign sees you on a quest to find allies and defeat a variety of enemies over 9 acts. Its a long plot, so not something that you can finish in a couple of hours. Dungeons are timed-event levels that have you fighting tough opponents to get rewards based on what doors are open. Not easy, let me tell you that. Raid mode allows you to send a party off, using raid tickets, to gather resources. They usually take about 4 hours.

World arena is a PvP mode fairly similar to Game of War: Fire age where you are given a global map, and can find a target of your choice to send a party to. when the get to the target village, you can either continue on (Using that base as a checkpoint of sorts) or fight at the village you arrived at. You get to fight other players 3 times a day with no cost, before having to use mana. You also get 100 ‘march tokens’ which increase walking speed for the current trip. they can be stacked too, which can turn long trips into much shorter ones. If you run out, you can buy more with gems. 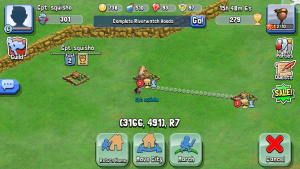 Long answer: You can buy resources, except wood, for anywhere between £4.69 and £93.99 (other currencies are available) This is close to, but just a little bit cheaper than games like Clash of Clans, or any Nintendo mobile game. 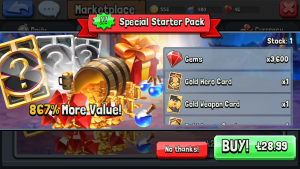 Dragonstone, Do you want money? Huh. Thought so. Anyway, the other bundles are:

Again, other currencies are available, and the prices should be identical.

Honestly? It is a well designed game, with some now common elements blended together to create a fairly unique experience. The IAP’s deter me personally, but if you are not going to buy them, you needn’t worry. I might leave it on my phone to sit around, see how I like it in the long term. However, for a supposedly unfinished game, it seems quite full-featured.

Oniri Islands: Children of the River is a wondrous adventure (App Preview)

Android Beta makes it much easier to install Android N