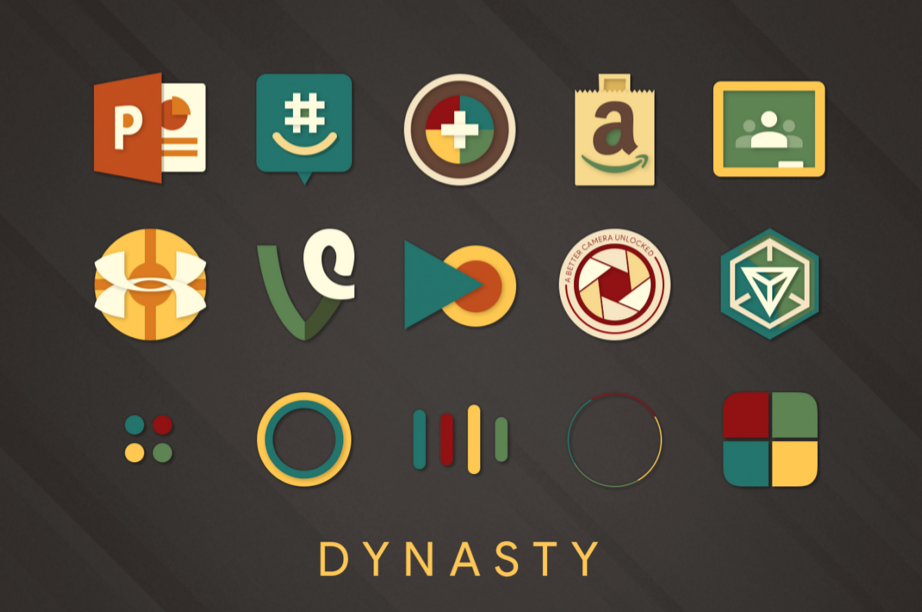 Icon packs are a dime a dozen (actually, they average about $0.99 apiece, but I digress) – there’s an icon pack for every theme imaginable, in every color imaginable. Many of them are well done, but in the end they’re all just icon packs. Dynasty is, just like the rest, an icon pack; it is not, however just a well-done icon pack. It also has hundreds of very impressive wallpapers to match, and its very own themed clock widget.

As with all apps of this nature, the first thing you need is a custom Launcher from the Play Store. This particular icon pack supports a rather impressive array of them, including: Nova, Action, Aviate, CyanogenMod, Apex, GO, Inspire, Lucid, Next, Nine, Smart, Solo, Themer, and even Xposed Framework-powered Unicon and XGELS (shameless plug; that’s what I use). Once you’ve chosen a Launcher you like, the next step is to apply the icon pack. The methods of going about doing this vary by launcher, but the most universal method is actually contained within the Dynasty app. That process is as follows:

I’ve downloaded my share of Icon Packs in my time with Android (MyTouch 3G, shoutout!) and I can honestly say that this is, far and above, the most impressive one I’ve come across. In addition to supplying more than a thousand icons for individual apps, Dynasty also brings hundreds of (very high quality) wallpapers and a themed Clock widget, to boot. Drumdestroyer accepts requests, meaning he’s always adding more icons. For reference, this pack was last updated…today – February 6, 2016. The developer is on top of it.

All the icons in this pack are made from scratch; no filters, copy and paste jobs, none of that. In Drumdestroyer’s words, this is “Ultra-crisp ultimate HD quality iconography.” And frankly, upon looking at the icons, I’m sold on that description. The colors are gorgeous – if understated – and the icons are masterfully crafted. It all looks very original while still looking like Android. Very, very impressive work. The clock widget, for whatever reason, doesn’t quite fit in with the rest of the icon pack (I think it’s the liberal use of greys and blacks in an otherwise green, yellow, blue and red color scheme, but I’m not sure), but it’s still very well done. All the wallpapers included are gorgeous as well, most of them resembling much of what Material design calls for, and some of them even resembling previous versions of Android. Very well done. Other notable features include a dynamic calendar icon, and a built-in icon request system.

Notable Missing Apps (from my phone):

(Update 02/09/2016: Every. Single. One of these apps was added in the most recent update. Really, really impressive support by the developer.)

If you’re in the market for an icon pack, and you like the look of the screenshots above, do yourself a favor and download this app. It’s currently only $1.39, and that support will ensure that this pack only gets better. Tons of icons, wallpapers, and a custom Clock widget ensure it’s well worth your hard-earned money. 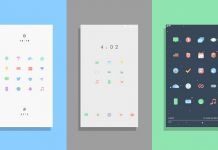 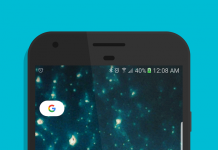