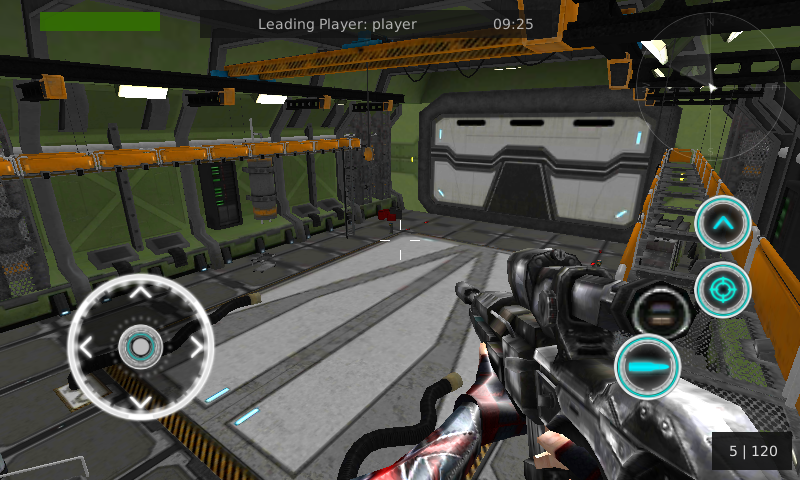 Developers FreezeNova have released a new Android game called Evolution. It’s a multiplayer first person shooter looking to provide a simple premise: allow a place for mobile users to play a multiplayer fps. Without further ado, let’s get into the review. 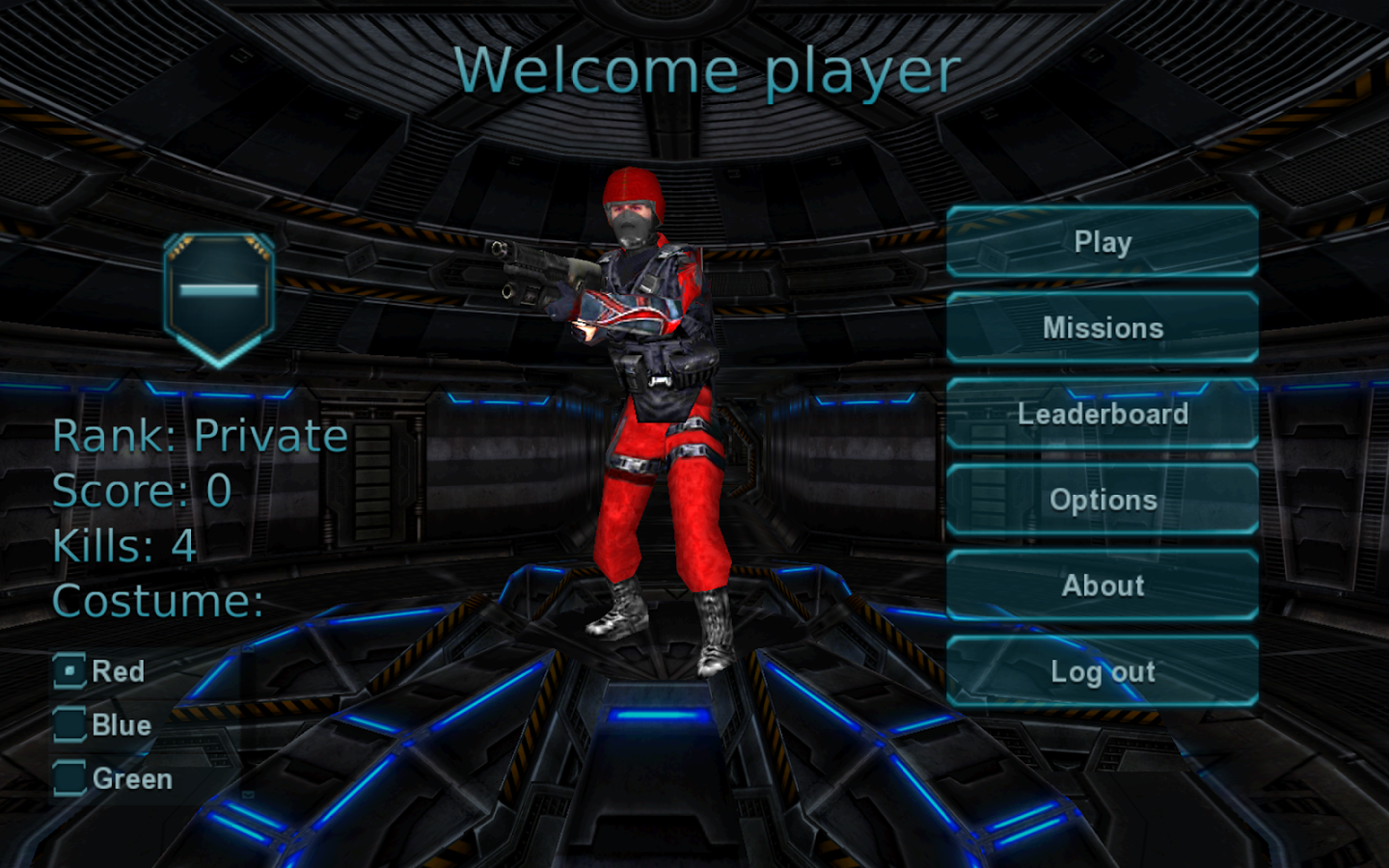 As I mentioned, the gameplay is fairly simple. You open up the app, and you are presented with the menu you see above. “Missions” give you objectives to complete while you’re playing, and will help you level app faster. To get to the action, hit “Play”, where you’re met with the “Room list.” Here you can join a room already created, create your own room, or quick start. Most of the time, I just hit “Quick start”. If you want to create a room, you can choose the max amount of players, the game mode, the map, and the weapon from a selection of: Machine gun, Rocket launcher, Sniper rifle, Light Pistol, and a Combat Knife.

Once you get into a room and are playing, essentially you have one goal: kill the enemy (for death match that’s everyone, for teams that’s the other team). I don’t seem to be very good at the game myself, but after a game or two you get into the gameplay. As is typical with online multiplayer games, you start to get really into it, and this made the game fun. My biggest issue has to do with controls, but more on that later. Other than that, there is not much else to the game, but that seems to be what the developer intended. 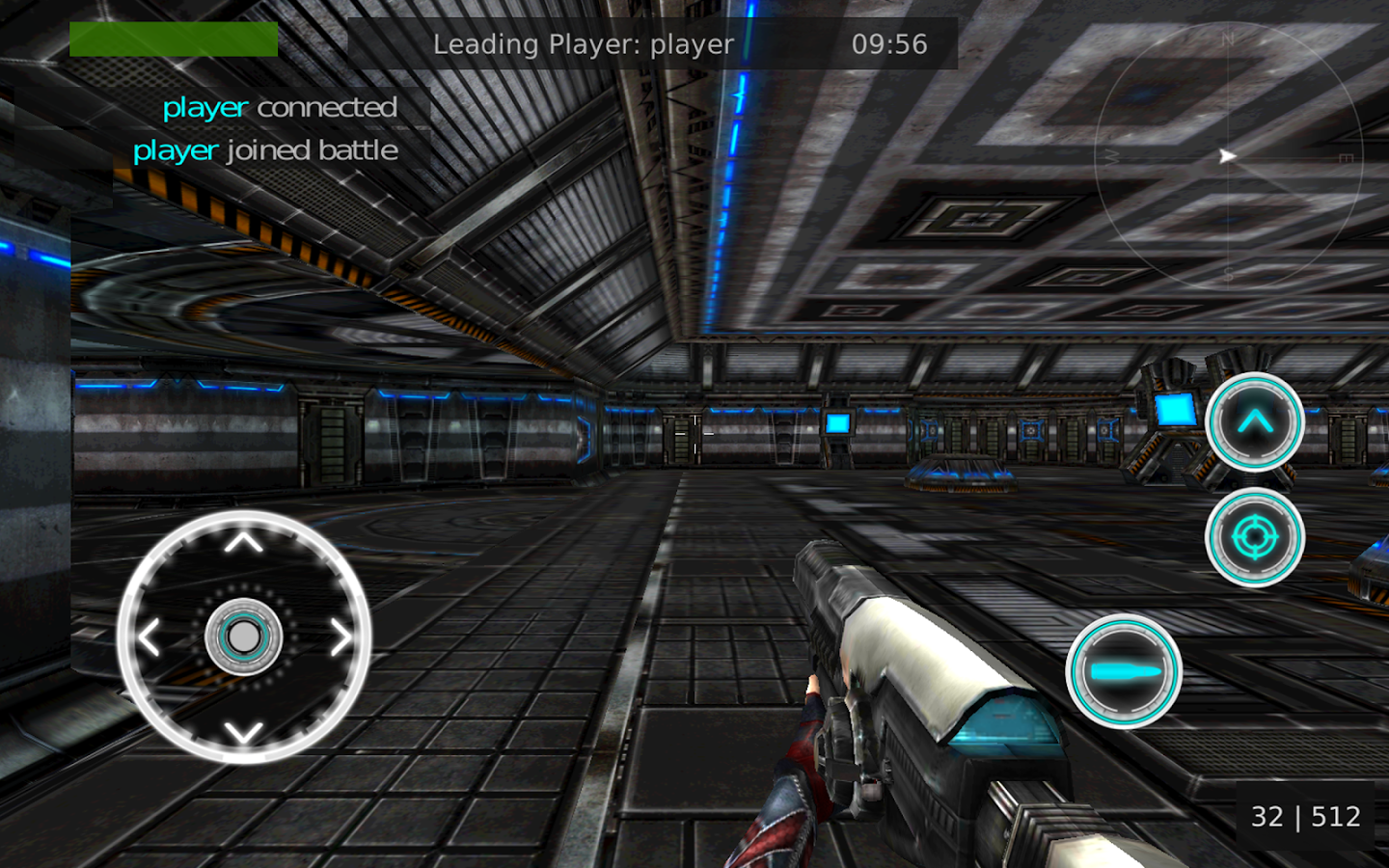 You have just a few controls: a directional pad that moves your character, a jump button, an aim button, and a shoot button. To move the camera, you tap anywhere else on the screen and drag your finger in the direction to face. When I first started playing, it seemed impossible to turn the camera in time to kill another player before I got killed. At the time, I didn’t see any pause or menu button to try and change the sensitivity. It wasn’t until I decided to hit the back button that a menu popped up, and even then there is no options in this menu, just “Resume,” “Chat,” and “Leave room.” Once I got to the main menu, I went into “Options,” and found the option to change the “sensibility,” and once I did that the gameplay was much better. I found it interesting that you couldn’t change some of these options during gameplay so you can actually experience the results right away.

Other than this, the controls are okay. It feels as though they took a video console game and stuck it on a phone, so the controls don’t seem tailor-made for mobile, making them difficult to react quickly.

The graphics are retro-looking, and remind me of the computer games I would play when I was a kid. This isn’t a bad thing, but the graphics are very square and flat. In the options you can change the quality, however when I tried to change the graphics, the app would just freeze and blackout. So I don’t know what the difference is between each option. Nevertheless, the graphics aren’t the most beautiful thing, but they aren’t bad, and I believe display what was meant to be displayed.

Overall, this game is pretty good if you’re looking for a multiplayer first person shooter that is fairly casual and not too complex. However, the controls will take some getting used to, and figuring out how to navigate the game my take some exploration.