One of the most popular features of Android as an operating system is the ability to download emulators which allow you to play video games that weren’t built for the device. Some of the most popular apps on the Play Store include GBA emulators, N64 emulators, amongst many other nintendo consoles, and even a PSP emulator. Now, thanks to ExaGear RPG iconic titles PC such as Fallout 1 and 2, and Might and Magic VI, VII and VIII, can make their way to your mobile device. Although the current list of titles is indeed rather limited, ExaGear have promised that many more RPG titles are on the way which certainly makes this an app to watch.

While the nostalgia factor may be enough to make this worth a go, the fact that these titles were made with a mouse and keyboard in mind does make for a rather awkward experience. These titles were (obviously) not made expecting a touchscreen and this does translate in to the experience. The emulator does include mouse support so if you have the requisite cables (a micro usb to female usb) and a mouse (something we hope you’ll all have) then this does make the titles easier to use, but unless you plan on carrying this mouse around with you at all times you’d surely be better off simply playing the game on a PC. 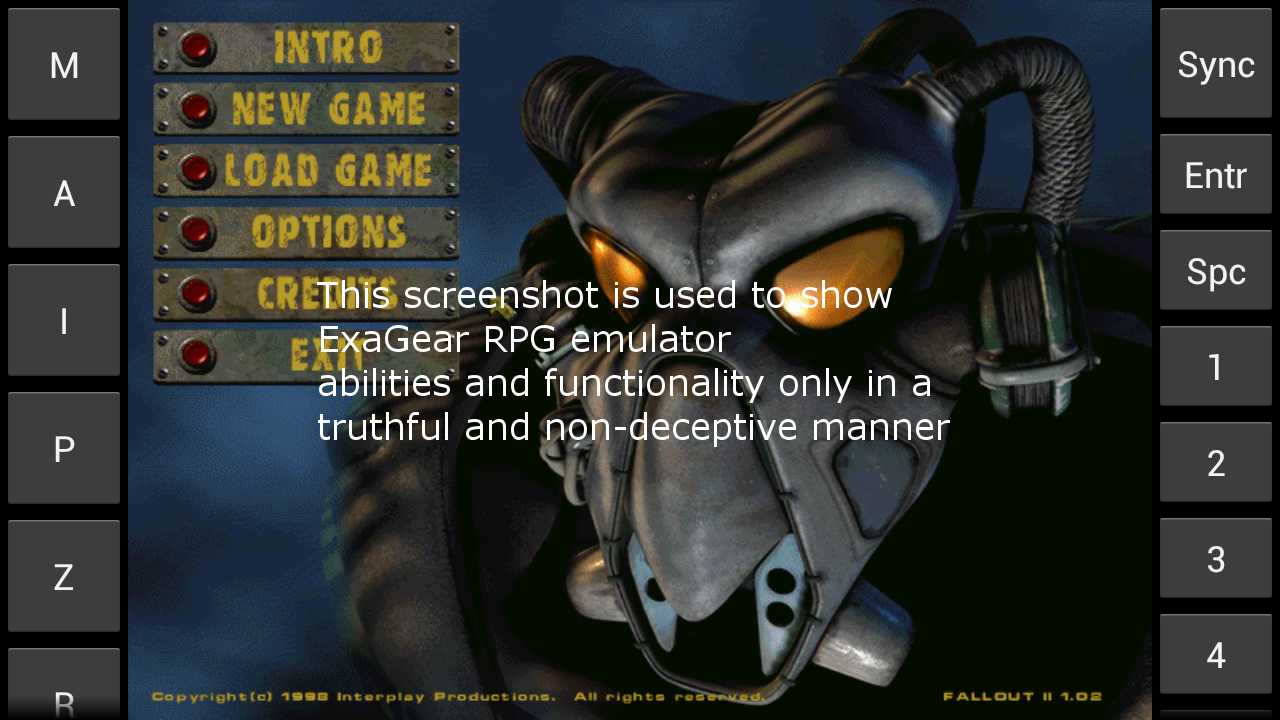 Furthermore games have to be installed on your PC and then transferred over to your android device, which compared to simply downloading a ROM for a console emulator does mean several extra steps. Despite this extra effort it is quite marvellous to see these titles running at a more than playable frame rate (keep in mind I’ve only had the chance to test this on a OnePlus One (my Nexus 7 (2012) is so slow these days there’s no way it could handle this)) and for those hardcore fans amongst you being able to take these classic titles around will make it worth the effort, and if you happen to be about to undergo a long journey and you also happen to own Fallout then I think we can agree there are worse ways to spend a train ride.

ExaGear RPG is effectively a free trial, as after 3 days you need to purchase a control package to keep playing, so if you’re a fan of these games it’s definitely worth a shot.