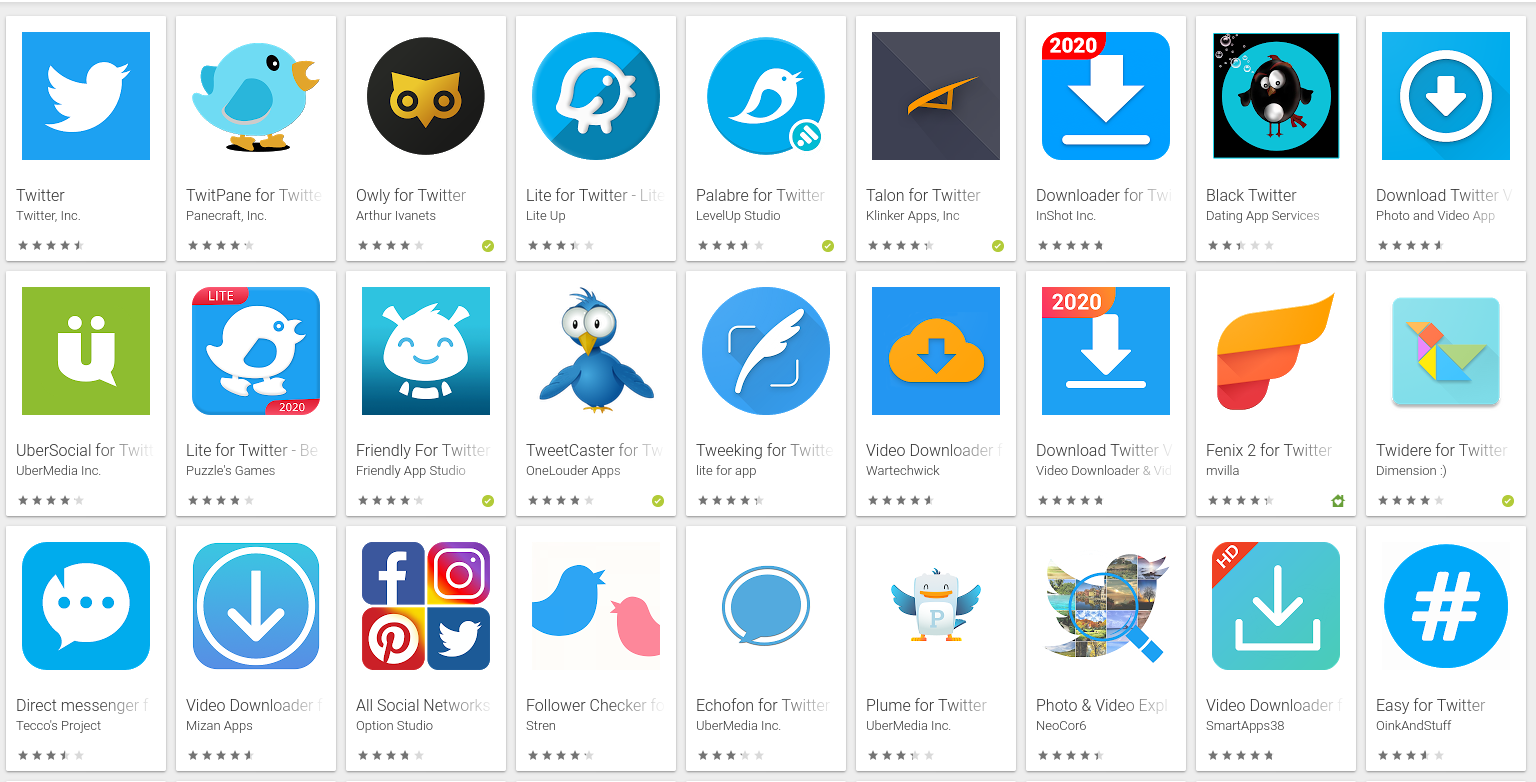 Social media is a part of our daily lives. In fact, almost 2 billion people use Facebook daily and almost 80% of people use Facebook exclusively on their mobile device. Twitter’s numbers are far less known as they don’t actively share this data, but a report from last year showed that Twitter had somewhere in the realm of 130 million daily active users.

However, despite the fact that these social platforms are so ubiquitous on mobile devices, their apps leave much to be desired, namely in their features. This is where third-party apps come in.

Talon is probably the most well-established app on this list. It has been on the Play Store since 2014 and is the #4 Top Paid app in the Social category, and for good reason.

Talon has many customization options, extensive notification and sync settings, and even options to save data.

Next up is another heavy hitter, Fenix for Twitter. The original Fenix was launched in 2014, the same as Talon, and was rather popular before reaching the Twitter token limit and being removed from the Play Store. It was added back in 2017, though, and already has over 10,000 downloads.

Fenix is beautiful and even has the ability to intercept notifications from Twitter’s official apps so you can get notifications faster. You can completely customize the layout, add columns to the apps, and more.

Fenix is currently available for $4.99 at the Play Store.

Owly is a newer addition to the world of Twitter, with it first being put on the Play Store in 2014.

It is much more focused on looks, with custom headers, navigation positions, animations, and fonts.

That’s not to say it’s short on it’s content. though. Owly even has a Tweet Digest that you can get notified of once a day to show content from users you “read”.

Owly is free to download, but you can pay just $2.99 to unlock things in app.

Tweetings is probably the most customizable out of all of the Twitter apps. If you don’t like the way something is handled, from the look to the way notifications are pulled, the likelihood is that you can change it.

Tweetings will run you $2.49, and you can purchase it here.

Facebook users have a little bit of an issue in that Facebook does not offer an official API for developers, so developers have to find creative ways to deliver you a smooth user experience.

Friendly for Facebook is one of the most popular Facebook apps for Android, with over a million downloads.

It has an adblocker, theming support, downloads for images and videos, and more.

Friendly for Facebook is free to download, and you can pay just $1.99 for Plus, though you can increase the amount you pay if you so feel.

Maki for Facebook is a personal favorite, with multiple accounts support, support for other platforms, extremely configurable themes, and downloads.

One of my favorite features is the ability to filter searches to look for people, pages, events, or groups.

Maki is free to download, but the Plus version is only $1.49.

Phoenix is a straightforward Facebook app with notifications and theming.

Phoenix is completely free, with no plus or pro to pay for. You can download it here.

Swipe is the Facebook app I personally use because it does what it does well. Swipe has themes, notifications, customizable layouts, messenger chat heads and more.

There is a free version of Swipe here, but you can get Swipe Pro for $2.99.