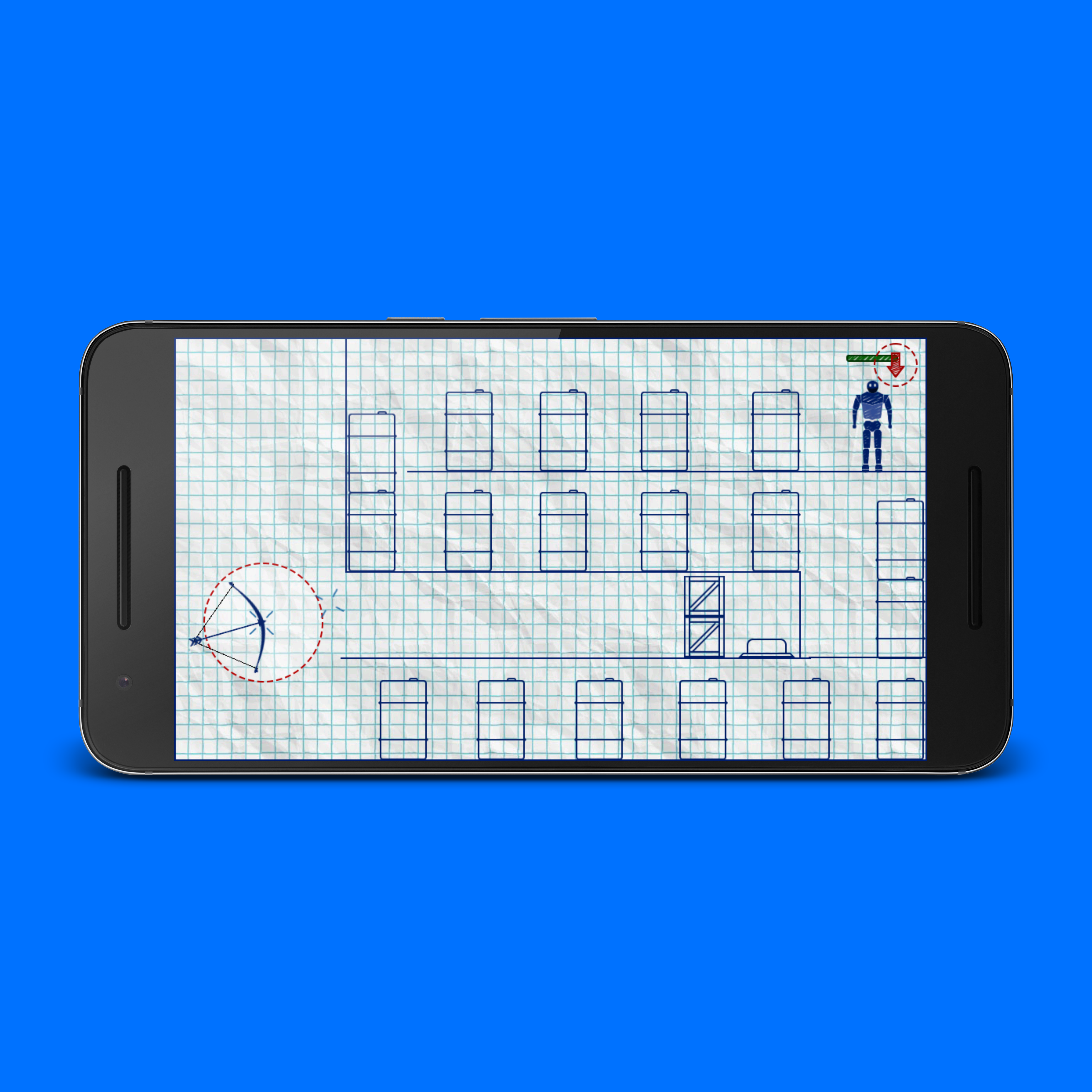 Destroy the robot in this slick Angry-Birds-meets-Cut-the-Rope style archery game. With expansive levels, four different types of arrows, half a dozen different bows and a plethora of game mechanics – switches, explosive barrels, portals, and others – this is definitely a thinking man(/woman)’s game.

Pretty painless. Open the app, sign into Google Play, figure out what all the icons mean, then play! There was one little thing I noticed, and that’s the fact that the game actually loads in Russian by default. If you tap on the 2 o’clock (upper right) icon that reads “Ru” it’ll change to “En,” which is from Russian to English.

I was thoroughly impressed with this game. It’s got a charming, sketchbook-style aesthetic and mechanics that are familiar to anyone that’s played Angry Birds – which, let’s be honest is just about everyone these days. The game is separated into ten “seasons” of ten levels each, totaling 100 stages in all. Each stage begins with one (or more) spaces to fire your bow from, with the end goal of destroying one (or more) robots within the level.

There are a number of different mechanics to utilize in order to hit the robot; portals, which teleport your arrow to another portal; explosive barrels, which you can detonate with a flaming arrow in order to demolish objects in the world; switches, which you shoot with heavy arrows and perform a variety of functions from moving platforms to lowering bridges. There may be more mechanics to discover, but these were the ones I encountered in my time with the app.

The difficulty curve is challenging, but not impossible, and with a little trial-and-error it is very doable for someone willing to take the challenge. The unfortunate part of a trial-and-error system is that there are often ads in between tries, leading to a lot of ads – for you will fail frequently.

Finger Bow is both a joy to play and extremely easy on the wallet. The graphics, while not top notch, are charming in their own right, and the music is very fun to listen to. The ads can occasionally provide a bit of annoyance, but overall a very enjoyable experience. I plan on keeping the game on my phone to try to reach Season 10, personally.