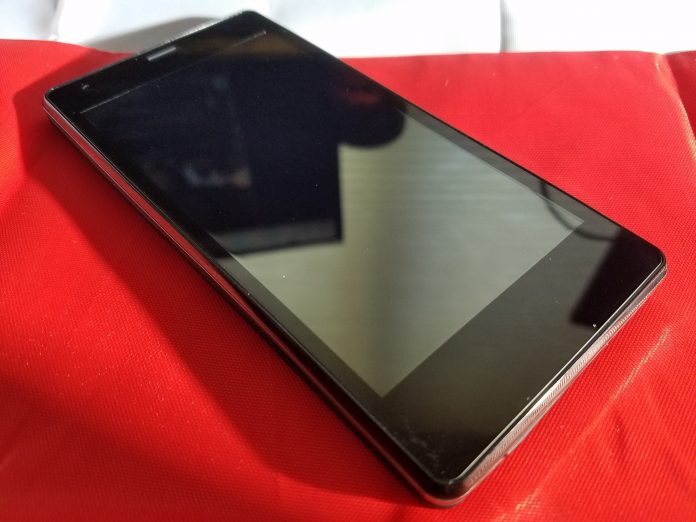 We’ve seen an influx of cheap, good, Asian smartphones here in the US. Gone are the days where the only phones you got to choose from were whatever Samsung, LG, Motorola, and HTC decided to put out. Now we have real choice. These choices come in the form of truly great phones like the Huawei P9 and OnePlus 3, all the way down to budget phones like the Freetel Priori3.

Freetel is targeting the “super-budget” area of $100 phones with the Priori3. The ridiculously low price of this phone does indicate that there will be compromises, though. You shouldn’t expect high-end features like a fingerprint read or water resistance, but that doesn’t mean you should immediately write the Priori3 off. Rarely do budget phones have those features anyway and if you’re buying this as a first phone for your teen or an elder family member, ask yourself if they really need those features to enjoy the experience of their first smartphone.

Let’s start out with some specs.

The first pleasant surprise with the Freetel Priori3 was that it’s running a mostly unmolested version of Android 5.1 Lollipop. Sure, I’d love for it to have shipped with the most up-to-date version of Android 6.0 Marshmallow, but I doubt those interested in this phone really care that much about OS updates. Hopefully, Freetel will push an update in the future so users can take advantage of the security updates in recent versions of Android. 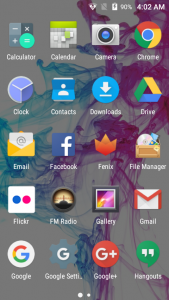 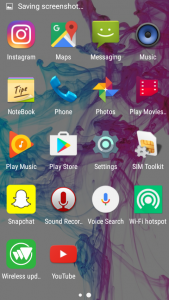 There are no fancy new icons or crapware loaded onto the phone like most manufacturers stain its phones with. There are a few common sense apps that Freetel added like FM Radio, Notebook, File Manager, SIM toolkit, WiFi Hotspot and Wireless Updates. The WiFi Hotspot app is little more than a shortcut to the WiFi Hotspot menu in the settings app, so nothing too fancy there.

What I really love is the FM Radio app. All phones have an FM chip already, but there is no software available to leverage them. While the chip is very weak, it does the job of pulling in some strong stations. I could very easily see a kid using this to listen to their own music while playing some games on long road trips. 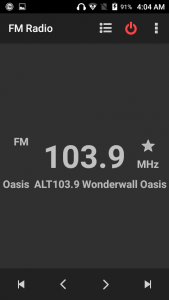 Freetel didn’t take the step of most OEMs and replace the standard Android apps with its own versions. If you were a big fan of the stock messaging app or gallery in 5.1 Lollipop, you’re in luck here because they’re all stock apps. OEMs regularly replace Google’s version of the apps with ugly or laggy versions so we love that Freetel skipped that.

We were very surprised at how well the Priori3 handled basic tasks. I’ve used some pretty crappy budget phones in the past that would lag simply from just swiping through the app tray (looking at you Samsung), but the OS is lag free. If you start bogging down the system with heavy CPU or GPU usage apps, it does slow down so those big games might be a no go, but for regular social media apps like Facebook or Instagram you’ll be fine once they’re loaded.

What you will notice, however, is how long apps take to load. The processor isn’t very powerful and since there isn’t an abundance of RAM apps regularly have to load fresh and that takes a bit of time.

Using the phone for my normal daily routine I noticed how many apps were knocked out of memory. If you’re able to keep more than four apps in memory at the same time, count yourself lucky. The FM radio app I mentioned earlier does play in the background so you can listen while you browse around on Imgur or Reddit, but it will regularly get knocked out of memory and require a fresh start. It’s not ideal but 1GB seems to be about the minimum phones can ship with these days to get by, and that’s exactly what the Priori3 does, it gets by.

Battery life is fine. You’ll get about 2.5 hours of screen on time and get through most of the day with light usage. You can thank the relatively power efficient processor and low-resolution screen for that. Again, it doesn’t sound like much stacked up against the flagships of the day but the Priori3 does its best to get every minute out of the 2100mAh battery. Since the battery is removable, in theory, you can pick up a secondary battery to pop if it gets low, but I was unable to find any for sale.

Where you see major compromises with the Priori3 is in the hardware. The display is just bad. The colors are washed out, it doesn’t get bright enough to use in sunlight and the viewing angles are slim at best. The interface for your phone is the display and while we understand that you’re not going to get a 2560 x 1440 Super AOMLED current generation Samsung panel for $100, even what we have here is a disappointment. It’s been a long time since we could pick out pixels with the naked eye, but we can here. 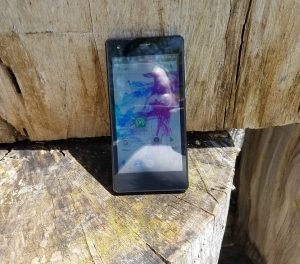 Under the display sits three capacitive buttons that light up red when they’re touched, but stay off otherwise. They give off a cool effect, but you have to know where you’re pressing since they don’t light up any other time. If these buttons stayed lit while the display was active it would be an improvement.

The power button is on the right side of the device with the volume rocker just above it. While it’s not the ideal placement, it’s fine here and the buttons are clicky and give nice feedback when pressed. Nothing really to complain about other than their relative cheap feeling.

The body as a whole doesn’t feel great. Since the back is removable you don’t get that unibody, strong feel with the phone (Side note- the back and display pick up a TON of fingerprints and they’re really difficult to get rid of). The phone feels hollow like they didn’t use up the entirety of the body with components and when the vibration goes off, it only sees to compound the problem. If your kid drops this phone, they’re probably not going to break it due to how light it is but this won’t be a phone you keep long term due to durability sake. 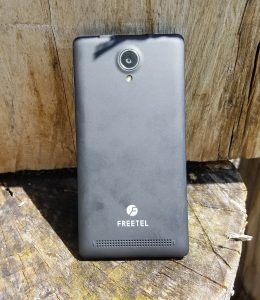 You also won’t be holding onto the Priori3 long term due to audio quality. The rear-firing speaker is very weak and distorts at higher volumes. It gives the appearance of a long speaker that stretches along the bottom of the battery cover, but when you remove the back you find a circular, half-inch sized speaker that doesn’t impress anyone. The 3.5mm headphone jack does fine to put out sound, although not the loudest. You won’t get the most out of your high-end headphones with this phone so stick with some cheapo Skullcandy earbuds. 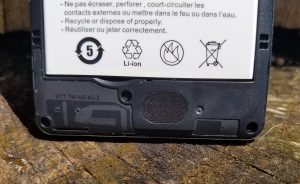 The camera application is the stock camera app that comes with Android 5.1. It has enough features to get you by, but if you’re buying this phone for your kid you may want to research another app that will give them a little more functionality. It’s a pretty spartan app that lets you change the exposure, has a few color effects and scenes and has the ability to white balance. Not much there. 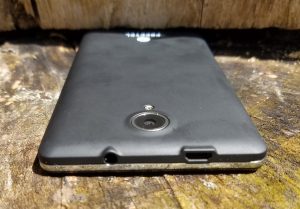 The 8MP camera is very modest by today’s standards. Pictures do some nice colors and decent exposure in good light. The story is different when you venture into very bright and dark situations. Over exposure is common where lots of light shines and the digital grain in low light photos can truly ruin any kind of scene you’re trying to pick up. Here is a gallery of some pictures we snapped with the Freetel Priori3.

So how much phone do you get for $100? Well, not too much. The Freetel Priori3 is a fine first phone for a family member, but there are certainly a lot of tradeoffs. With the rise in cheap phones, this is a decent option at the price point, but your options dramatically increase in numbers and quality when you raise your budget by another $100.

I hate some of the tradeoffs that Freetel had to make to stay at this price. There are almost no redeeming qualities about the phone aside from the battery benefits from it being such a low resolution. The camera did nothing to differentiate it from the pack and the speaker was flat out disappointing. 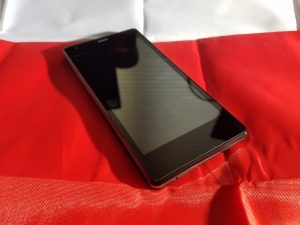 What did impress, however, is how well the software worked on such a meager CPU. The largely stock OS is lag free for most tasks and really didn’t get in the way of itself. The inclusion of the FM radio app was a great move from Freetel and we think it will be appreciated for those who are interested in the Priori3.

I’d recommend this to anyone looking for a first phone for their teen (or preteen!) or an elder family member that has been stuck to flip phones. If you’re in any way experienced with smartphones, I say pass and look to expand your budget a bit more to get something significantly better.

Selling a phone? Here’s what you need to do [PODCAST]