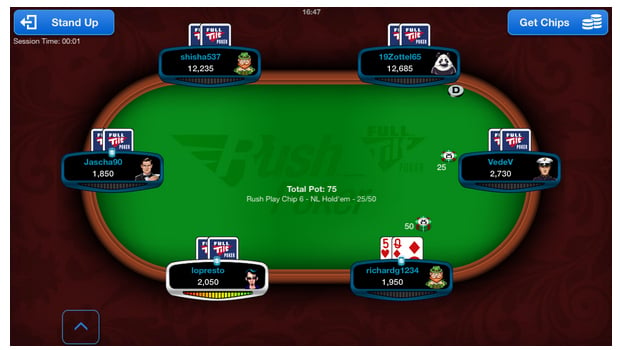 Full Tilt Poker has been for many years regarded as one of the best apps in the business. From the mobile download to the desktop it sees thousands of players take to the virtual velvet every day. But it’s just got even better.

The launch of Full Tilt Texas Hold’em in the app stores has seen the poker platform become quicker, sleeker, and more exciting than ever before.
Built for both iOS and Android devices, the new app offers both real and play money tables in a total of 10 different languages, and is a true example of Full Tilt’s desire to have out with the old and in with the new.

In line with their new branding, the app’s layout is simple yet stylish, offering a range of great games perfect for taking five minutes on the bus, train, office, or wherever takes your fancy. Key to that is the return of the Rush Poker mobile app integrated into the new Texas Hold’em offering. It’s the ultimate high-speed poker experience and would seem ludicrous to remove it from the new app. 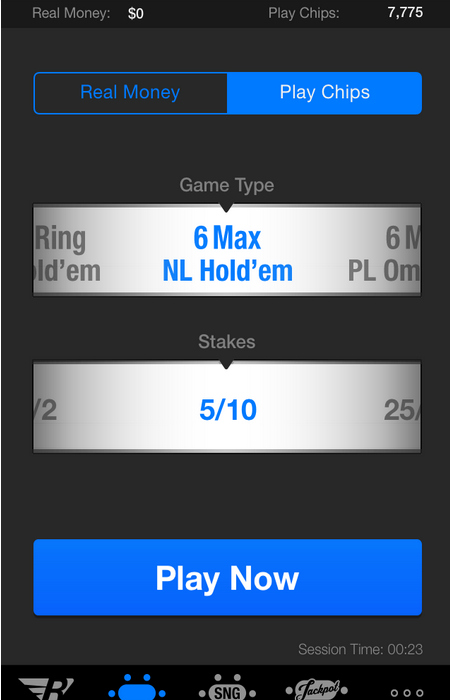 It works on the premise that you always have a hand to play. No waiting until the river when you’ve already folded, it’s straight onto the next table to play again. It’s unlike any other poker game in the app store and not only keeps the excitement flowing, but is also great practice for other aspects of the app.

Playing Rush keeps you thinking about what hands to play, what to fold, where to raise, and those skills transfer seamlessly into the other games on offer. Which is where it gets interesting. The Jackpot Sit-and-Gos are a series of three-handed turbo sit-and-go events which put players together for a jackpot of up to $20,000 from just a $10 buy-in. 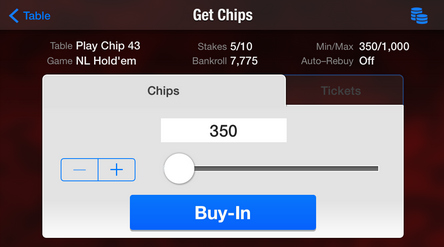 Buy-ins range across the app to suit both the casual players and the higher rollers with $1, $2, $5, and $10 offerings giving you the chance to win prize pools or up to 2,000 times the buy-in. And the great offers don’t end there. Full Tilt also has a superb bonus scheme and is one of the reasons thousands of people across the globe are signed up to the app. A 100% first deposit bonus of up to $600 trumps most others in the market, and in fact your first three deposits will be matched 100% within the first 90 days of signing up.

This is complimented by the VIP scheme the brand roll out. The Edge, as it’s known, gives players up to 25% of their rake and tournament fees back to them depending on their level – Edge has six levels, Bronze, Silver, Gold, Platinum, Diamond, and Black Card – and is a useful feature if you’re partial to some heavy sessions on the virtual velvets. 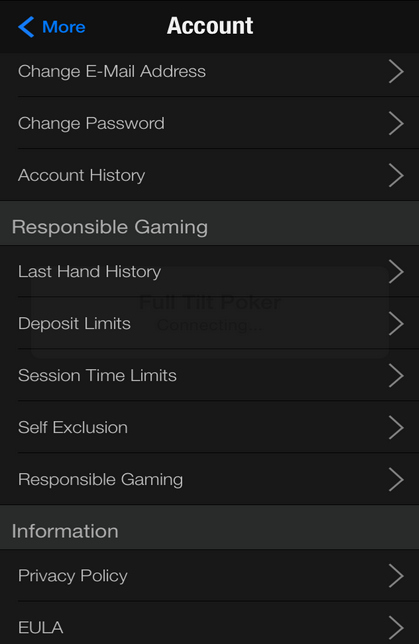 Beyond the games and into accounts, there are a number of features Full Tilt offer that are very conscious of the user. It’s stance on responsible gaming means you can set session time limits, deposit limits, and a self-exclusion setting rounding off a superb update of the Full Tilt app.

Its performance is unquestionable and what’s more so is its positioning in the mobile casino market – right up there at the very top. It is perfect for even a 30 second round with Rush, whilst sessioning during a four hour wait in JFK International is just as feasible. It’s an app for all levels of expertise, and is ready to be downloaded right about…now.