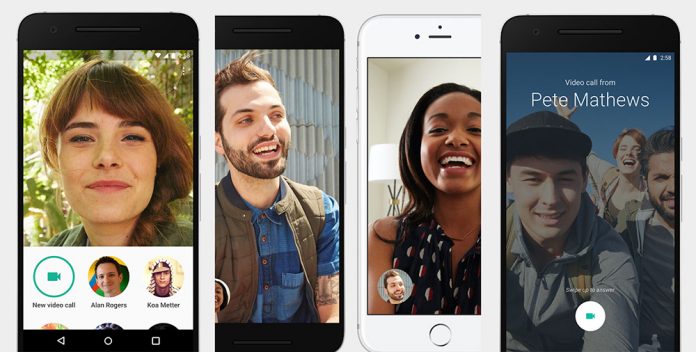 Duo is a simple, yet very well done video calling app from Google that aims to be the FaceTime for Android users.

Long has the Apple community had access to an intuitive, simple and functional video calling service called FaceTime, and as long as Apple has had it, the Android faithful have been waiting for Google to offer up its own version for us to enjoy. Enter Duo, a simple video calling app that is super easy to use and works great on both iOS and Android.

You may be asking “what about good old Hangouts? Doesn’t it already do that stuff?” Well Duo, unlike Hangouts, is tied to your phone number and only offers two-way video calling. It has no group chat, messaging or cross-platform support for your PC and other devices. Duo is simply a video calling service and even though it only does one thing, it does it very well. Google made Duo with a minimalist interface, and some neat little features that help to set it apart from Hangouts and make it the go-to video calling app for Android users.

The most notable feature of Duo is Knock Knock, which allows whoever you call to see a preview of the person calling them. Its a neat little addition that adds a little something to the experience. It also makes filtering potentially undesirable calls based on what the other side of the call looks like. Knock Knock is only allowed from people in your contacts list, and you can easily turn it off if it’s not something you’re into. The other great feature Duo offers in end-to-end encryption, so all of your conversations are protected.

Video call quality and audio quality are excellent, with clear sound and smooth high definition calls. I initially had a few calls freeze or drop on the first day using Duo, but since then the calls have been consistent in performance and quality, I couldn’t be more satisfied. I’ve used it from Android to Android, and Android to iOS and both worked as expected with no issues due to compatibility. The only thing that iOS can’t do is show Knock Knock when the app is closed, otherwise you’ll just get an incoming call notification.

If there was any negative thing I could say about Duo, it would probably be the lack of any additional features. It only does the one thing, and it does do it well, but maybe an option of “video voicemail” or a group chat option would have been interesting to have at launch. The good thing is that there is always the possibility of new features with future updates so here’s hoping Google sticks by this one.

Duo is a excellent option for frequent video callers, and a worthy competitor to FaceTime that anyone can use. The app is simple, intuitive and functional and call quality is solid. Even though Duo is fairly light on additional features, Google has done an excellent job of bringing video calling to the masses with Duo and you should definitely check this one out.