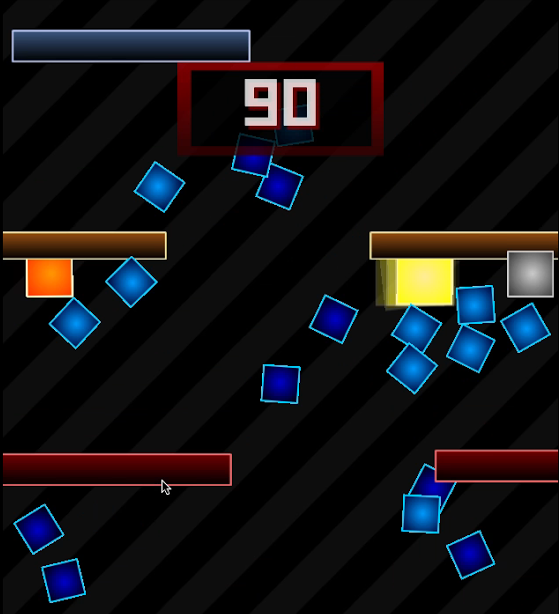 Gravity Run by FreddyT Studio is an addicting arcade game with a few shortcomings. The gameplay itself is simple; you tap right or left to move your square upward while at the same time trying to avoid the rotating arms and falling squares attempting to stop you. Sounds easy enough right? That’s what I thought until I found myself playing the game for ten minutes, having lost track of time, trying not to get mad at my dog because he somehow had something to do with my losing. When you do happen to lose, and you will lose, the game logs your score to compare it to the next time you play.

The graphics consist mainly of colorful squares and rectangles of various sizes set against a black background. It has a very retro look, like something you would see in an arcade during the 80’s. The animations run very smoothly and do not appear to be very intensive on the system, so that is good if you are running an older generation phone. The game is not without its shortcomings though. The app runs ads every so often but instead of showing them on the bottom or top like other apps, it instead stops the game and displays them full screen. You can see how that can quickly become an issue. I lost quite a few times just because the ads appeared and interrupted my gameplay. The game also does not seem to register all of my clicks but that could also just be my phone, so take that with a grain of salt. All in all, Gravity Run is a good game to just play whenever you have a few minutes to kill and just want something to occupy your mind. You can get it at the Play Store free of charge.