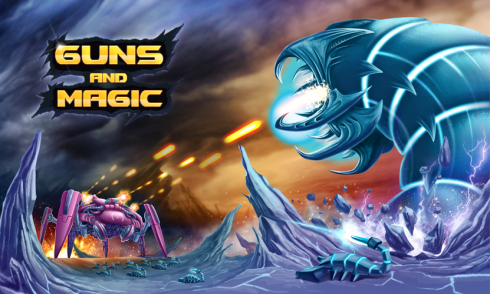 Guns and Magic is a simple, fun and sometimes frustrating tower defense game with a good amount of content for a free game.

Cost: Free (with ads and microtransactions)

Guns and Magic is a fun, addicting tower defense game with some surprising depth in its content, despite the free-to-play tag. The game has some elements of a story as well, even though it doesn’t do much with it. 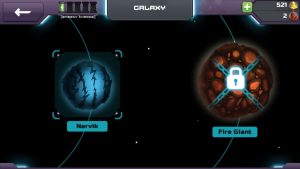 Gameplay is simple: just tap and hold the enemies to shoot them, and collect resources
while defending your base. The levels can be repetitive, but occasionally the game throws in a scouting mission to break the monotony, having you dodge and destroy obstacles in an infinite-runner style mode.

There are several planets and 36 different locations and enemy types to experience, as well as some large bosses to defeat. There is some challenge in later levels, forcing you to deal with large hordes and strategically use your powers and choose your targets wisely to minimize damage. 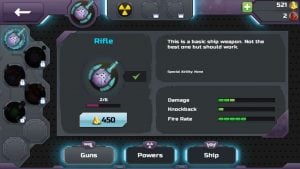 The game offers several weapons and powers to use in combat, such as miniguns, rocket launchers, and snipers. Most of them work rather well, but the sniper is my vote for the best, with high damage and penetration. However, the weapons don’t feel that distinct from one another in the late game, as enemies become bullet sponges that require multiple shots from most weapons to defeat.

Powers, or “spells” (even though they don’t seem very magical), are useful for clearing large groups, but the only one worth using is the firebomb, as the others are expensive and don’t really offer value for their high cost. All of the items in games can be upgraded to increase effectiveness, but they get prohibitively expensive unless you’re willing to farm. 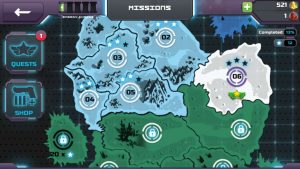 There is the standard time-gate, this being a free-to-play offering, but the refresh rate on the energy required to do missions is mercifully short. You have 5 tanks, and each refills in about fifteen minutes, so you aren’t forced to wait a whole day to keep playing.

And yes, microtransactions are present, but not too intrusive. They can get pricey however, as upgrades are expensive and using real cash for resources often won’t get you more than one at a time.

Also, the game does have ads, which are thankfully skippable and don’t interrupt gameplay. 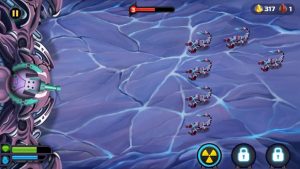 Visuals in the game are decent, if lacking sometimes. The environments don’t offer much to look at, being mostly flat open areas, but the enemies are fairly diverse in color and shape and the ship itself is visually interesting.

Sounds are fine as well, but the music could match the gameplay a bit more.

One thing that bothers me a lot about the game is the way you collect resources. They don’t automatically go to your inventory when you defeat an enemy. You have to manually touch each one to collect it and they have very short timers before they’re gone. This forces you to stop shooting, or use another hand in an awkward position to ensure you collect them all.

In the more difficult levels, juggling shooting and collecting makes for a frustrating experience, as you struggle to get every piece of crystal and energy as you take damage from the oncoming enemies. I would have liked to see a more intuitive system for the resource collection.

Overall, the game is innocuous enough. It has a surprising amount of depth in its levels and upgrade system, but the gameplay isn’t terribly complex or diverse to warrant extended playtime. I’d recommend it to someone looking for a decent tower defense game that will last them a good while.

Download and install Guns and Magic from the Google Play Store.