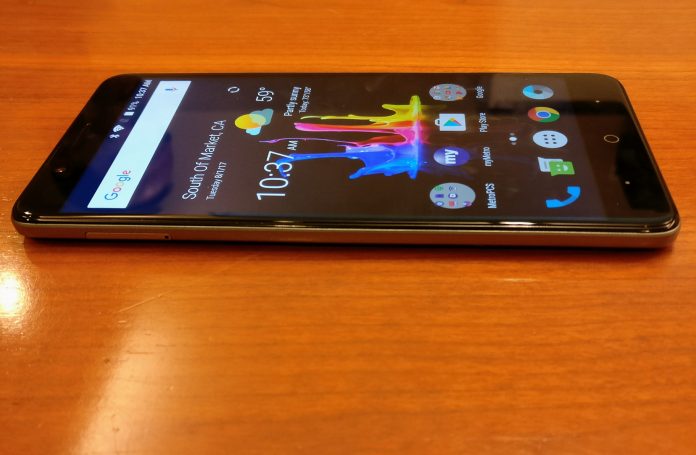 Going into my first hands-on with a major phone company, I wasn’t really sure what to expect. Was it gonna be a room full of people in a formal setting? Was there going to be food? Was it a private hands on, or would there be other bloggers there? Fortunately, it turned out to be a very casual, private hands on with ZTE’s newest handset, the Metro-exclusive Blade Z Max. 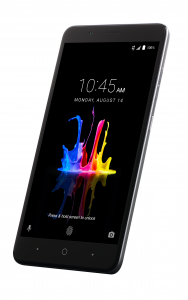 Looking at the specs, nothing really stands out too much, beyond that massive, massive 4080MaH battery. It’s got kind of a slow processor for a modern smartphone, the RAM is a touch low, the dual cameras and internal features are very nice, but nothing really world shattering, no?

That is, until you see the price tag.

I’ll let you steady yourself.

Hold on, let me reiterate.

That’s the retail price. That’s not the down payment you throw down, with a monthly payment after that. That’s not paying for just the screen, or the MicroSD that goes in it. That’s the cost of the entire phone. Compare it with the Moto G5, spec-wise, and tell me where that phone outdoes the Blade Z Max. I’ll wait. I mean, at that price you don’t even need to buy a case for it.

Anyway – here’s my hands on impressions, with a full review coming at a later date! 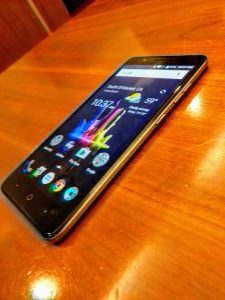 Everything. No, seriously. When taking into consideration the price point, this is truly a phenomenal phone. When compared to other phones at the same price point, it blows them all out of the water – even at the $250 price point, it’s hard to find a phone that can hang with the Blade Z Max’s combination of size, modern features, and internal components.

The battery. At 4080MaH and running only a Snapdragon 435, this baby lasts forever, even with heavy usage.

The design. It’s pretty smooth, for a budget phone. A nice, textured back makes reaching the corners a breeze, without the risk of dropping the thing. Type C charging is a nice touch, as is the fingerprint sensor, which both behave as you’d expect from pricier phones.

The price.  Obviously, $129 is a phenomenal price for a phone that’s actually usable – and it very much is!  Asking my coworkers what kind of price point they’d expect from this phone, they all told me at least $500 – and I’m inclined to agree.

The OS. This phone runs the most recent version of Android, 7.1.1 Nougat. It’s not often you see a phone delivered with the most modern version stock, but here one is. Furthermore, with a couple exceptions, it runs a stock version of the OS, with only a couple modifications to AOSP apps.

The camera. While it’s not a world-shaking piece of hardware, the back shooter is very capable, being a dual-lens affair. Props to ZTE for spotting a hot trend and shoving it into a budget device.

The screen. This, to me is kind of an unknown. Instead of opting for the industry standard Corning Gorilla Glass, ZTE has gone with a different standard – something called DragonTrail glass, which I’d never heard of. According to ZTE:

“Dragontrail glass is an alkali-aluminosilicate sheet glass engineered for a combination of thinness, lightness and damage-resistance, similar to Corning’s Gorilla Glass. The material’s primary properties are its strength, allowing thin glass without fragility,  high scratch resistance and hardness.”

It’s not the Gorilla Glass we’ve come to accept as the cream of the crop, but in practice has thus far been every bit as scratch resistant as the industry leader. So while I list it under things I didn’t like, take it more as a “Things I’m Unsure Of.”

No NFC. I’m not terribly torn up over this, but a lack of NFC means no Android Pay and no easy account migration. Not deal breaking, but worth noting.

Metro only. The Blade Z Max is a Metro-exclusive device, and that’s the bad news. The good news is that ZTE has assured me that it is hardly the only device it will be putting on the market with this kind of specs at this price point, so maybe we’ll see something like it on one of the major carriers.

This…might be a bit of a game changer. A highly affordable handset with usable specs and modern features? Sign me up.