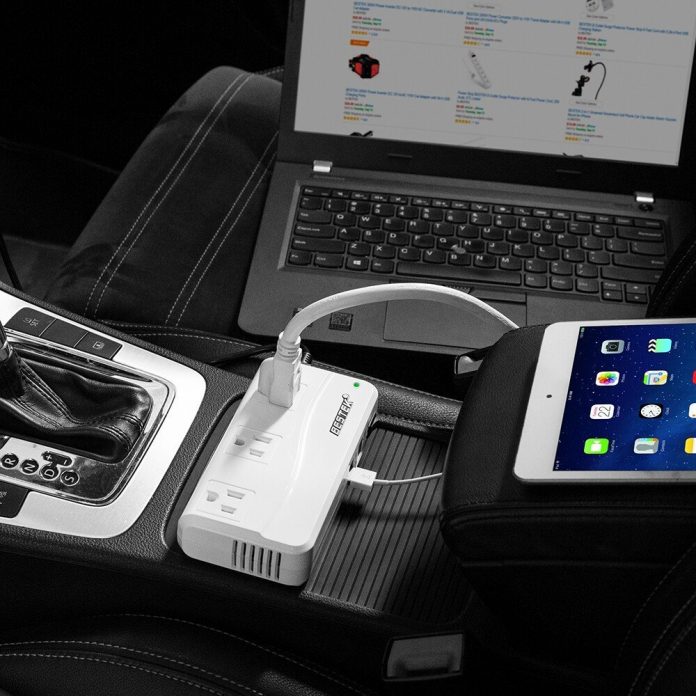 The whole AC/DC conundrum is one of the longstanding frustrations of my life. “Mom, my Game Gear (yes, I’m old) is running out of battery, can I plug it in?” “No Child Dono, we forgot your car charger at home!” Sigh. Bitter disappointment.

Regardless – it’s always mystified me that cars don’t have the same plugs as our houses, or vice versa. I’m sure there’s some electrical explanation that I’m not aware of, or some engineering jargon that explains it all perfectly (if you know the answer, feel free to educate me), but for me growing up, it was a minor crisis.

The former of these two brings two USB ports (2.1A and 1A) and one three-prong AC port. It’s a nice, portable unit with a hinged DC plug, allowing for a variety of angles to position the ports. It features a green-red LED, so you can see at a glance that it’s on, handy while driving. The aforementioned hinged arm offers a wide range of motion and, combined with the inherent 360-degree swivel of DC ports, allows you to position it any way you’d like.

The latter unit brings four USB ports (two each of 2.1A and 1A) and three AC ports to the table. It’s a separate unit that plugs in via cable, with the two sets of ports on different of the box, which makes finding space for it a bit of an adventure – but very handy if you need to feed it into the backseat to power your passengers’ devices. The on-unit power switch is standard for surge protectors, but very helpful if you have outlets that draw power even if your car is off – or you need to cut power to your passengers for misbehaving.

Both units feature DC12V to AC110V power inverting, short-circuit protection, and auto-shutdown, just like your standard surge protectors. In addition, the both units also feature a low-battery detection and auto-shutoff, which will cut power to the unit automatically if it detects your car’s battery is running low.

Small design snafus aside, both of Bestek’s AC/DC power inverters are compact, well-made, and work well with very little setup required. The three-port inverter will run you $17.99 on Amazon, while the seven-port model is $23.99 – both very reasonable prices, considering the added functionality. With a collective 4-star rating (4.2 for the larger unit, 3.8 for the smaller) on over 3,000 reviews on Amazon, these inverters are about as reliable as you could hope for.

Editor Note: This article is a paid or sponsored publication. AndroidGuys has vetted the links at the time of publication; however, the articles should not be considered a blanket endorsement for the products or services highlighted herein. In some instances AndroidGuys may receive a small percentage of revenue derived from purchases through affiliate links. Money generated here is used to help pay for the site and/or staff. 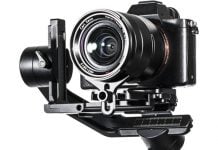 Get serious about your photography with this three-axis gimbal and save 46%! (Promoted deal)