The Android tablet market is terrible. Apple’s iPad dominates the landscape in the shrinking overall tablet space and it seems that no-one really cares about putting out new tablets besides Samsung. But, there are those of us who still believe in tablets. There are those of us who want a bigger device for media viewing than the 5.7″ one we keep in our pocket. So, where are we to turn for a cost effective alternative to Samsung’s heavily skinned options and the iPad? Turns out that China is the answer.

Gearbest.com wanted to team up on a review and I was instantly attracted to its tablet lineup. Not only do they have a nice lineup of Android tablets, but it also has some interesting options that run both Android and Windows. I selected the Teclast X98 Plus II (pure Android version) to review for its good looks, screen size (9.7″) and nice price (~$130 at the time of writing).

My expectations weren’t high before receiving the device. I have always had this expectation when ordering a no-name (in the west) brand for a cheap price that I’m going to get something not worth even the discount price I’m paying. But, I have to say I was pretty surprised once I put the device through its paces.

Let’s begin with internals. The X98 Plus II has an Intel Cherry Trail Z8300 quad-core 1.4GHz processor. The processor is designed to be a power efficient chip used specifically in tablets so it won’t put out too much heat or burn through your battery too quickly. The chip in this specific tablet is clocked at the low end of its capabilities and you should expect performance somewhere in the range of a Snapdragon 801 processor.

2GB of RAM and 32GB (25GB usable) of storage come standard in the tablet, which seems to be about the base requirements these days for smooth performance. Luckily there is also a microSD card slot for expandable storage (up to 128GB). Don’t waste your money on a card any higher than 128GB. Sometimes you can get devices to read cards at a higher advertised capacity, but the Teclast X98 Plus II would not read my Samsung 256GB micro SD card, but had no issues with my SanDisk 32GB card.

In addition to the microSD card port, you also get a headphone jack, micro HDMI port, micro USB port, and DV (5V) inputs. No DV charger came in the box so you’ll be charging up the 8000mAh battery via the micro USB port unless you source your own. 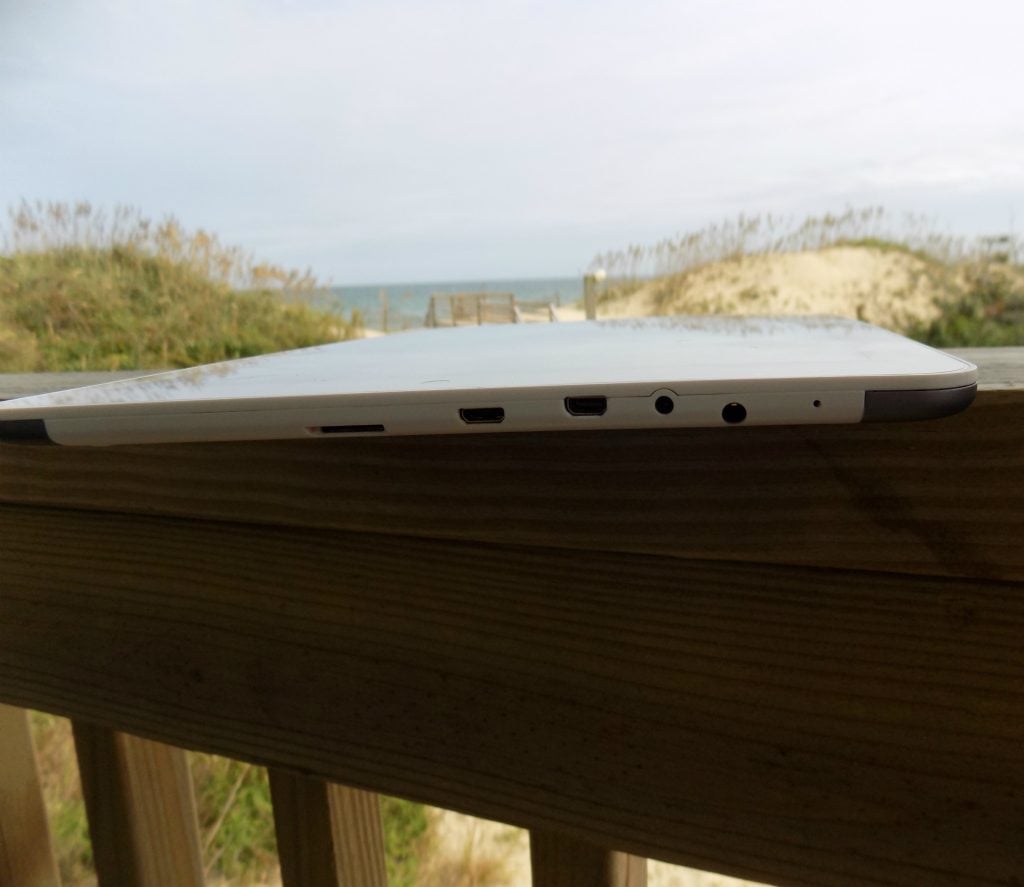 Cameras dot the front and rear of the device but they should not be used for any more than a skype conversation. They’re pretty standard low-end cameras that will make you wish you grabbed your phone out of your pocket to snap a picture rather than using the tablet already in your hands.

The display doesn’t have the highest max brightness in the world but it’s more than good enough for watching YouTube or Netflix on the couch. Viewing angles on the 2048×1536 (260 DPI) panel are fine with almost no color shifting, but where the X98 Plus II is let down is the construction of the display.

Due to how its manufactured, the picture looks very far away from the display. Another issue that crops up is that due to the material on top of the screen, you’re going to pick up a ton of marks and scratches. I haven’t tried to be especially gentle or rough with the device in the few weeks that I’ve been using it, but I have a ton of marks and scratches that make viewing the display a real chore if any kind of light is shining on it. 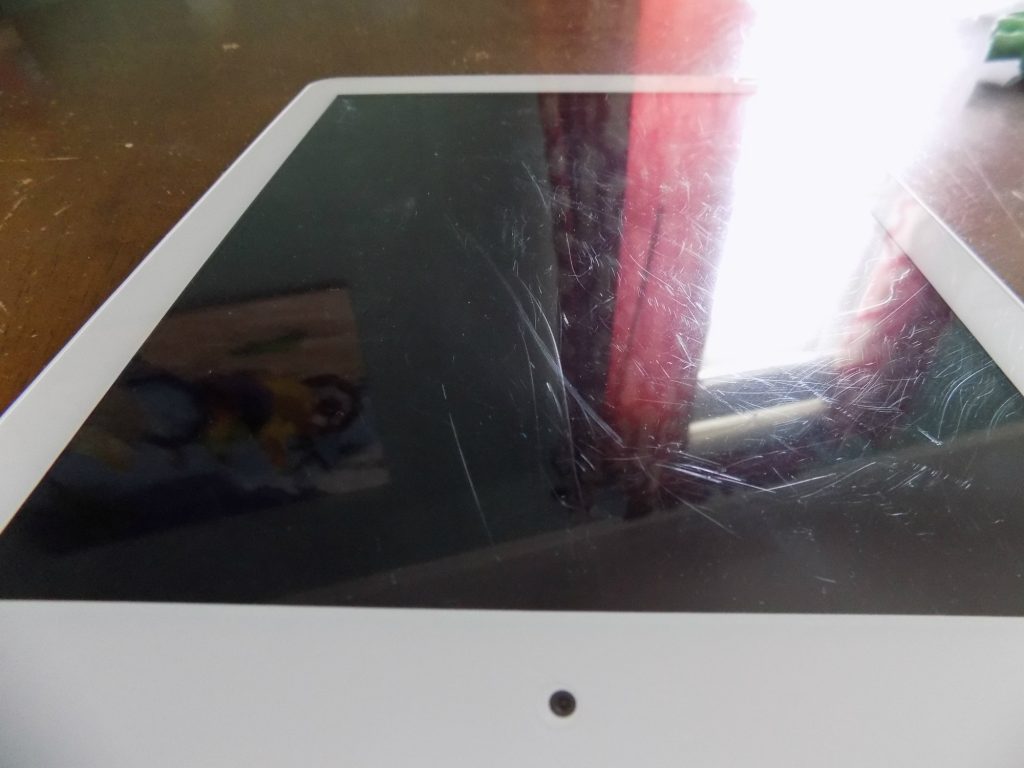 Touch sensitivity is also not up to par with phones and tablets released in the past couple of years. The laggy or missed touches can make for a frustrating time using the tablet.

If you’re into running the newest version of Android, you may want to avoid the Teclast X98 Plus II. But, If you care about just having something to watch media on and browse the web, the included Android 5.1 should do just fine for you. This is a mostly stock build with just a few added applications.

I only count six added applications on top of stock Android here. I’ve disabled Baidu, a Boot Manager, an OTA utility that gives me an error every time I try to use it, and three apps that have Chinese names. Honestly, just ignore or disable them and you basically have a big stock Android 5.1 tablet.

Teclast made the effort to add a couple common sense software additions like adding software buttons in the navigation tray for volume up and down as well as a quick launch for the camera and a menu button. The navigation tray generally has a lot of wasted space in Android tablets so it’s nice to see an OEM adding in nice features like this.

What kind of real world performance can you expect out of a $130 (at the time of writing) 9.7″ tablet? If you don’t have out of this world expectations, you’re probably going to be happy. I didn’t have high hopes for the X98 Plus II going in, but I came away pleasantly surprised. What you have to remember is that you’re working with hardware that would have been deemed flagship-worthy in 2014.

I used the tablet as a mainly a media consumption device. I was able to stream YouTube at 720p60fps with ease. When I bumped it up to 1080p30fps is when I saw some issues. After every video, YouTube would reload as if it was knocked out of memory while viewing the video. This can be frustrating if you’re going through your subscription list watching multiple videos, but otherwise, it was a pretty good experience.

I did not see much in the way of home screen redraws (which I did expect to happen) but apps were often knocked out of memory and had to reload fresh. I could get some music streaming while looking at facebook or reading Reddit, but nothing much beyond that would stay in memory. This seems par for the course for 2GB of RAM devices in 2016 with the demands apps are putting on the OS and hardware.

If you’re in the market for something that can run huge games, this is not for you. But, if you’re looking for something to play a bunch of media off a microSD card or streamed from YouTube or Netflix, you should be fine.

A premier tablet this is not. What the Teclast X98 Plus II can offer you is some nice performance for the price if you’re willing to make some compromises. We’ve seen the budget phone market explode with cheap, good options and this tablet reminds me of that. It’s not perfect and you’re definitely going to be missing some features of higher end tablets, but this can do a lot of the basics. 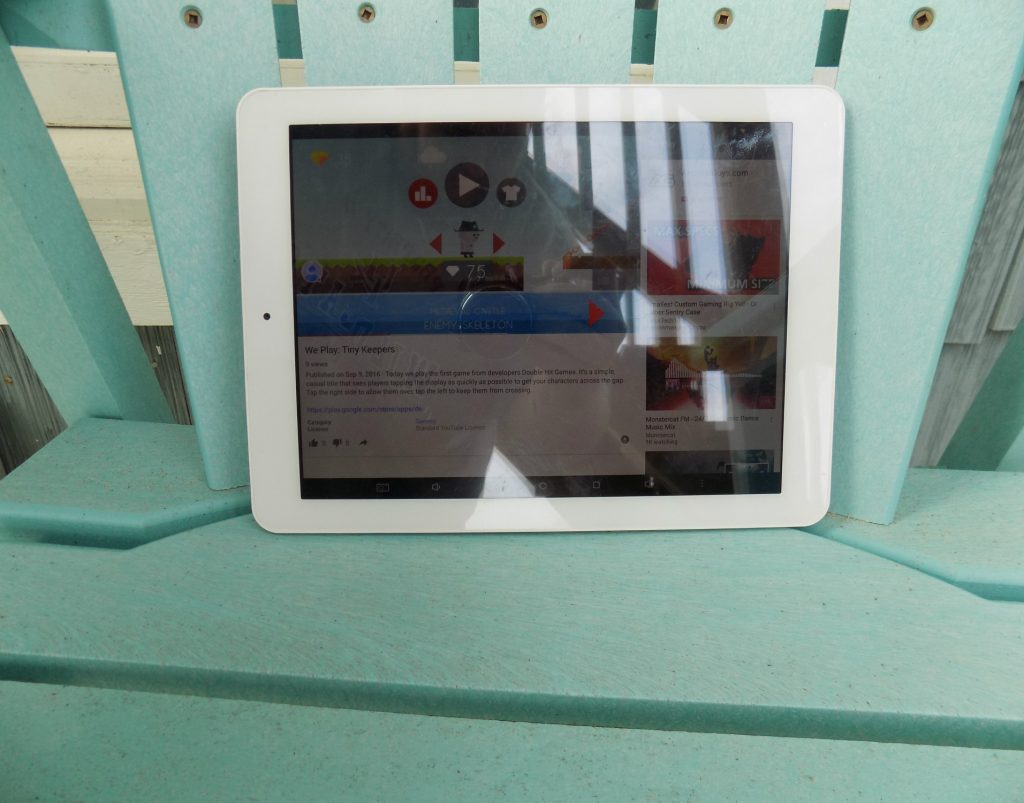 The speakers aren’t amazing, but they do get loud enough to listen to your media in your living room. Everyone else on the train will be thankful that it doesn’t get much louder and forces you to use your headphones. I like the build construction and how clicky the buttons are, but the tablet could use some revisions in other places like the durability of the display.

I really have enjoyed my time with the Teclast X98 Plus II because it filled a gap in my device lineup without breaking the bank. Watching and reading on my phone is great for sitting in the passenger seat or in a waiting room, but I do want something a little more substantial when I’m at home on the couch. If you don’t expect top tier performance while looking for something affordable, you could be quite happy with your purchase.

Disclosure:
Gearbest.com provided this tablet for review on AndroidGuys.com without any promise of a positive review. The tablet was used for a period of three weeks between 8/18/2016 until 9/6/2016.