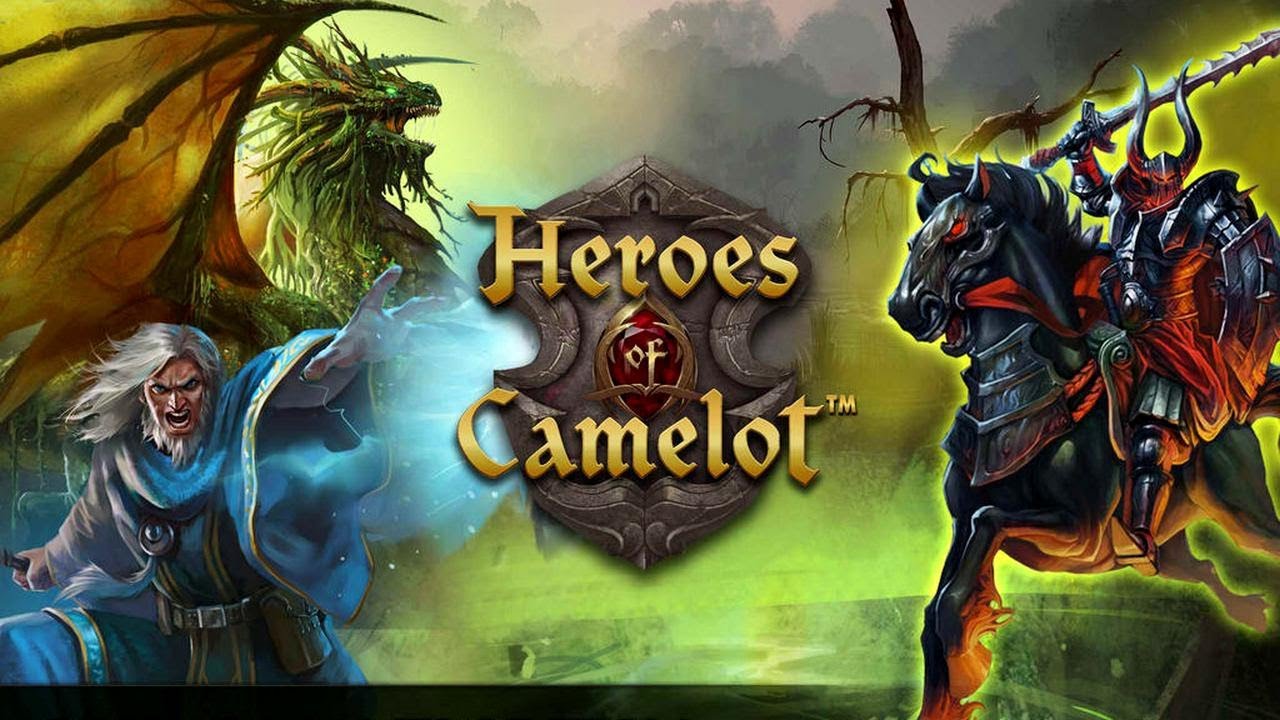 Heroes of Camelot is a card summoners game by Kabam. For those who do not know, a card summoners game is one where the player is given a hand of cards that act as their game characters. You build a deck or hand of these characters to fight against other decks or hands. The player generally has no control over the battles themselves. The game play consists of “exploring” game fields and leveling your cards by combining them together.

Heroes of Camelot is no different. You start off with a hand of cards and are sent off to “Reclaim Camelot from the Black Knight”. The game play is over simplified. You tap explore to advance your position in the dungeons. Occasionally, you are met by another group of characters who battle you. The player has no control over these battles as with most other card summoner games. All one can do is tap “Battle” and hope for the best.

While the player is given no control over the battles itself, they can manage their hand to ensure a higher chance of victory. To do this, one has to collect various cards with different stats and abilities. The player is left to build their deck with their various cards. The abilities are activated randomly during battle, so all you can do is make sure that you have useful abilities to ensure that whatever is activated will be useful. 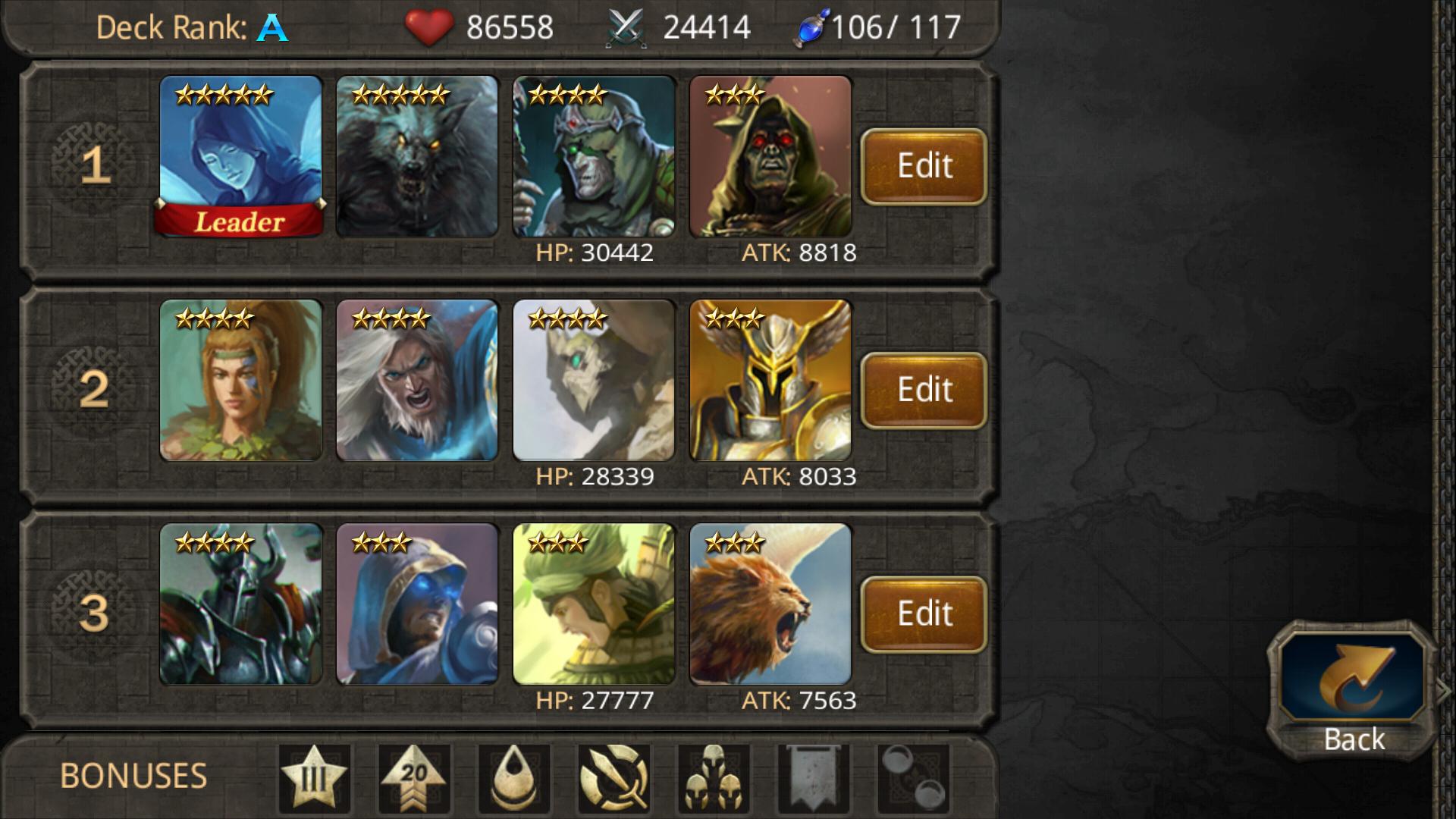 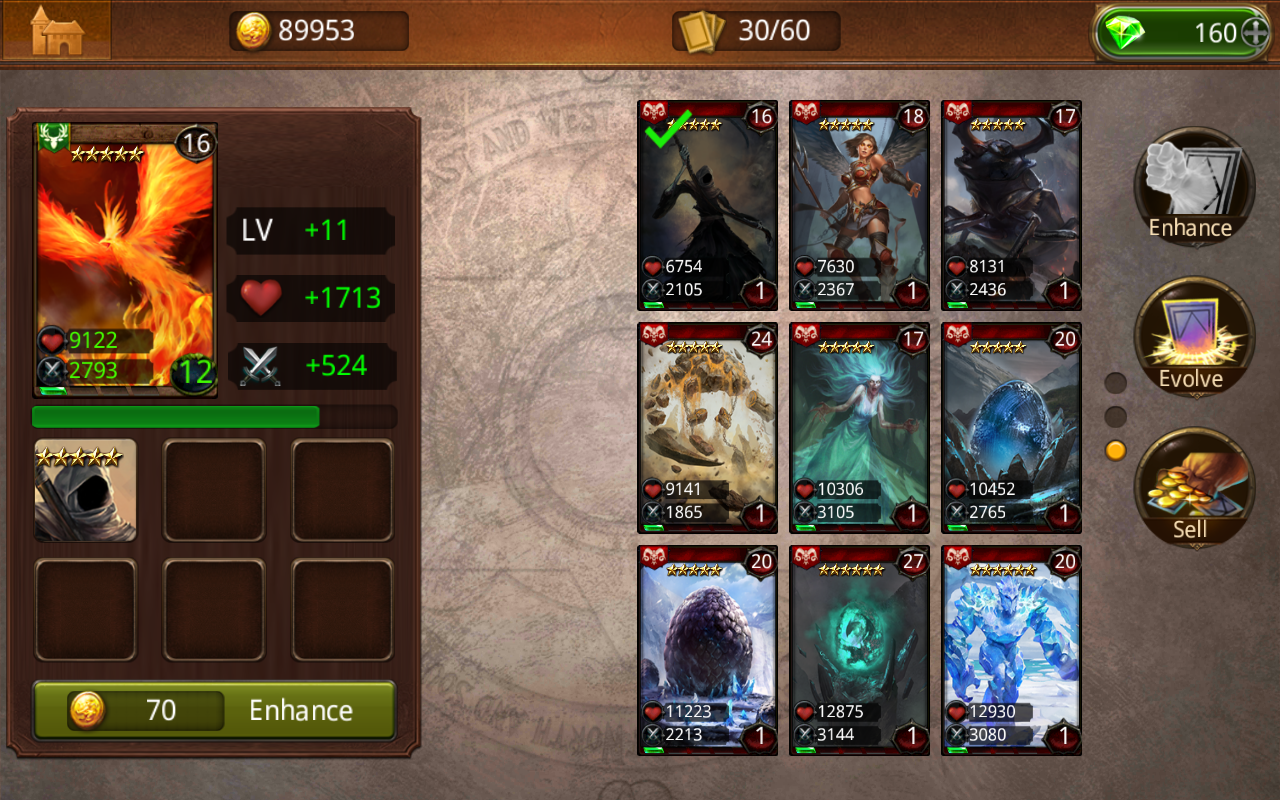 Although I find most card summoner games to be boring and never end up playing on for more than 3 hours, Kabam did something different with theirs. I can’t quite identify why I am more attached to this game over others, but I actually have logged in to the game for 8 days straight now. I have never had a streak of more than 3 days in a row before.

My best guess is that I like Heroes of Camelot more than others because of their resources system. While they do have stamina and mana limiting how long you can play, I have never found it to be as much of an annoyance as I have with other games.

Mana is used to let you field your chosen cards in battle. The better the card, the higher the mana costs. Every battle, the total mana required by all of your cards is subtracted from your mana pool. My current mana pool is only able to support my cards through a single battle.

Stamina is used when you explore the dungeons. Each time the player elects to progress in the dungeon, a predetermined amount of stamina is taken from your stamina pool.

Both, your mana pool and stamina pool, are replenished each time you level up. To enable myself to continue playing, I return to past dungeons in order to gain experience and level up. That way, I can refill my mana pool in order to fight a battle in my current dungeon. Most of your game play time is spent spamming the explore button in an attempt to level up.

While there are IAPs, they are actually not required to progress in the game or to avoid waiting between gaming sessions. I have not spent a single penny on this game, and I have a very respectable hand going along with plenty of gold to pay for my card upgrades. Basically, this is in no way a “pay to win” or “freemium” style game.

After you build up your hand to a reasonable level, you can participate in PvP. You could have done this just about the entire time, but you wouldn’t win a single battle. The PvP mechanics are the exact same. Click battle, watch the cards fight it out, repeat. 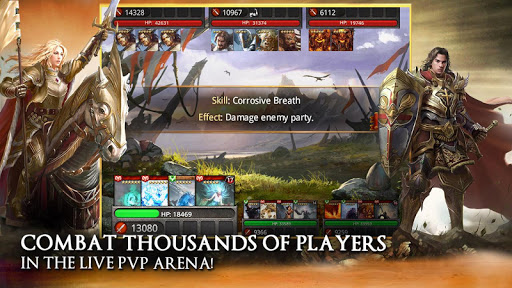 Heroes of Camelot can be fun for a while, but after about two weeks to a month, I expect it to get really old really fast. There is nothing new or challenging. All I do now is tap the explore button. There is no challenges at all. It is repetitive and no real journey.

Keep in mind though, I am not a fan of card summoner games in the first place, and I have played this one for more than a week now. That is an amazing accomplishment by Kabam. For anyone who is into card summoner games, Heroes of Camelot should keep them entertained for a good while.