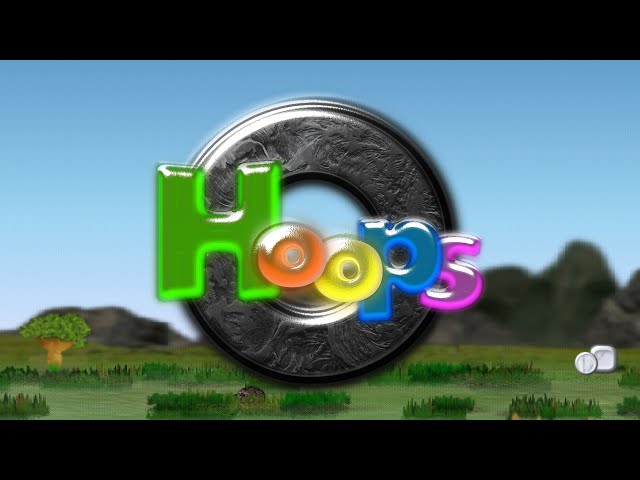 We’ll take a look at Hoops, an indie, puzzle game developed by Pedro Gilabert for this review. As of the time of this post, Hoops appears to be new to Google Play. Let’s find out if there is enough room for it to succeed in this saturated market.

There is nothing to worry about here. Head over to Google Play or Playboard, download, and install.

Hoops features a story mode of 10 worlds, an arcade mode, and a head-to-head mode. 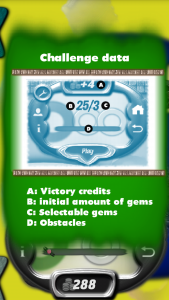 In each, the player must use his or her puzzle pieces and match them to pieces located within the hoop. Match all of your pieces before the timer runs out or before your opponent does depending on the situation, and you win. 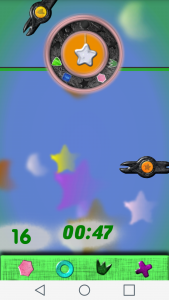 With the story mode, you will be introduced to new mechanics as you progress through each world. These include obstacles and battle rules. Battle rules allow for the likes of time extensions and shortcuts.

You also earn credits as you play. These cannot be used to make purchases in the shop since that is reserved for real-world currency. Instead, you enter games using them.

To conclude, I believe Hoops is a fun game in part because I feel accomplished when I beat what I think of as difficult maps. Your experience may vary. What I found to be difficult is what you might find to be easy.

It’s too bad I couldn’t progress far without hitting a paywall, which I met in the second world. A free-to-play game still has to profit somehow, I suppose.

At least there still are the arcade and the two-player modes, although much of the former has to be unlocked through the story mode. 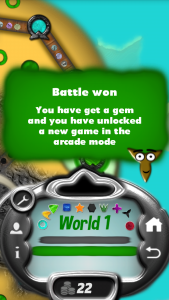 There are also a few, minor, technical issues due to occasional, grammatical errors in the dialogue, Spanish appearing where English should, and rare crashes.

That aside, I admire the fact that Hoops builds on itself. Until I met the paywall, I thought the increasing difficulty was appropriate.

I know there is an equal amount of aspects of the game that I like and do not like. Hoops scores as high as it does because I believe all but one of its cons are quite minor (the paywall).

Also, as mostly a gamer of non-mobile platforms, I admit that I have become more tolerant to paywalls at least within free-to-play games like this.

The budgets of mobile games generally are not nearly as high as console or PC games. However, I realize free-to-play games and many others with micro-transactions have to undersell themselves initially in order to establish a consumer base and then entice the more dedicated consumers to want to pay further.

They just will not be able to offset development costs, achieve their bottom line, and produce apps and other games if they don’t do this.

Therefore, this is why, in spite of the presence of Hoops’ paywall in the second world, it’s value score was not as sharply affected.

That aside, don’t expect to beat all of Hoops’ maps easily, especially if you play beyond the first world. Although, I wouldn’t think the game would be as fun as it is if it wasn’t challenging.