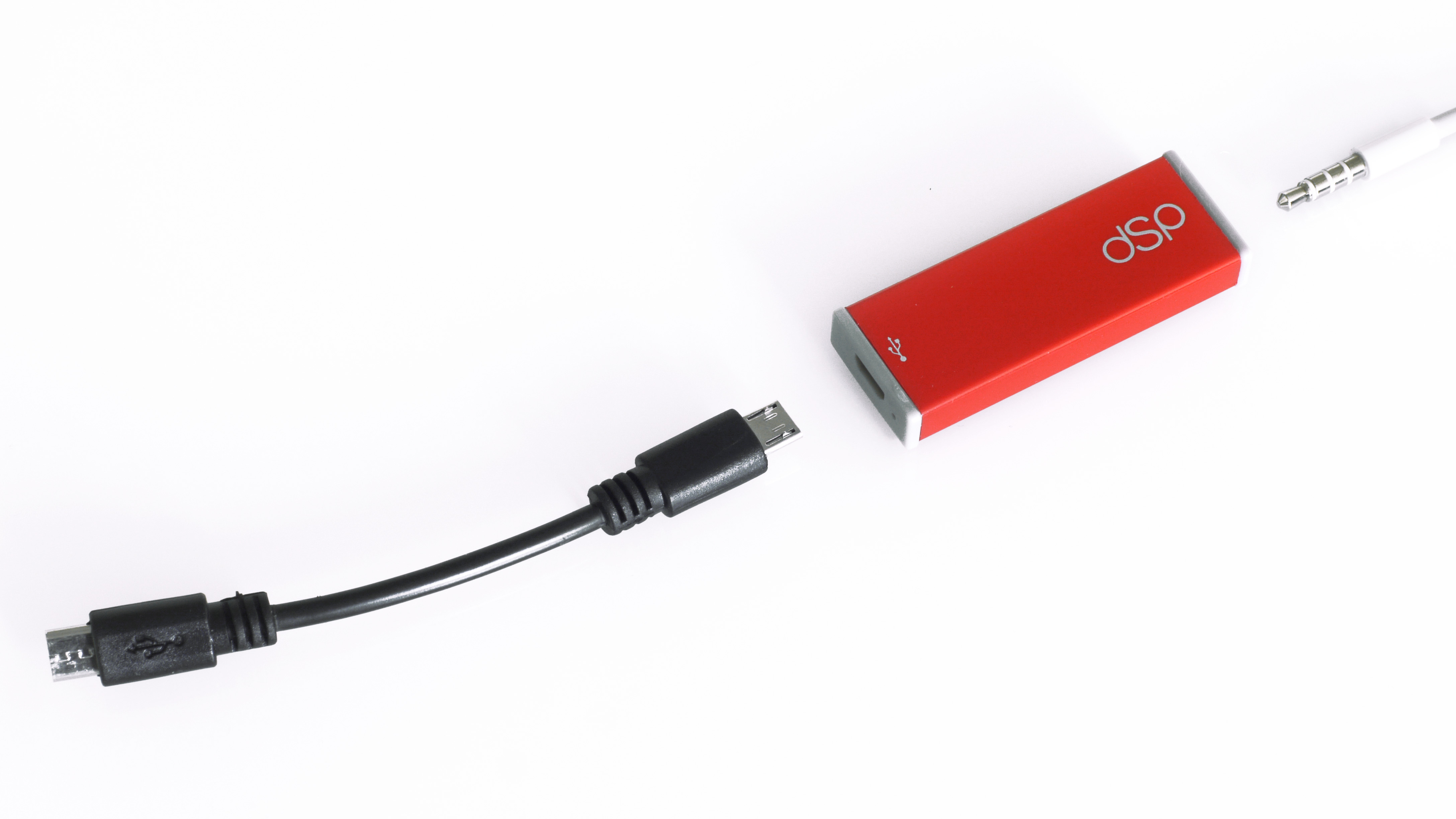 While I would consider the audiophile community to be a minority of the tech world, the fact that pricey headphones are in demand, such from Beats or Bose, shows that there exists plenty who care about sound quality.  However, digging into what it takes to get those lovely sound waves out of your earcups, you will find that headphones are not the only factor in the process.  It often comes to be that you’re not getting your money worth out of that fancy pair of cans.

So what are we not thinking of?  Well, like we have different tier CPUs or graphics processors, there is also a sound processor.  And in today’s digital music world, the sound processor, or digital to analog converter (DAC), converts those 1’s and 0’s to reproduced sound of what was recorded.

If you’re a portable kind of fellow and often listen from your smartphone, it is quite unfortunate that the DACs in our chipsets are not known for being good, only good enough in processing the true sound.  There are some dedicated portable DAC solutions out there, but it’s like carrying around another device, which needs to be charged as well.  This is where the HRT dSp DAC comes in. 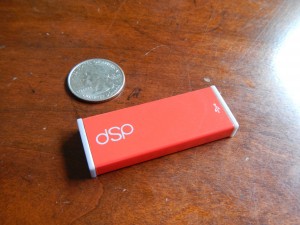 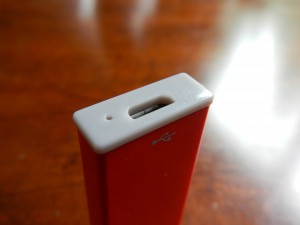 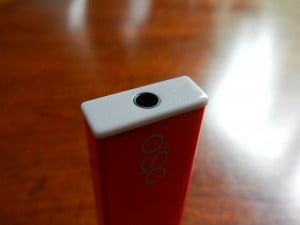 The HRT dSp is a lightweight, micro DAC, about the size you would picture a flash drive being.  The build is almost small and light to enough pass as an extension of your headphone cord.  The light weight is attributed to the all-plastic housing.

I would’ve liked to see a better material selection, but can accept that HRT wanted to keep the dSp affordable, at $69 (via Amazon.com).  This is where portable DACs are known to set you back hundreds.  It’s not easy to shrink components, and its obvious the money here went into functionality rather than build.

The dSp connects to your Android via OTG, routing the digital signal to be processed to the dSp, which you connect your headphones to.  It draws such low power that it does not have its own battery, the smartphone powers it when connected with minimal impact to battery life. 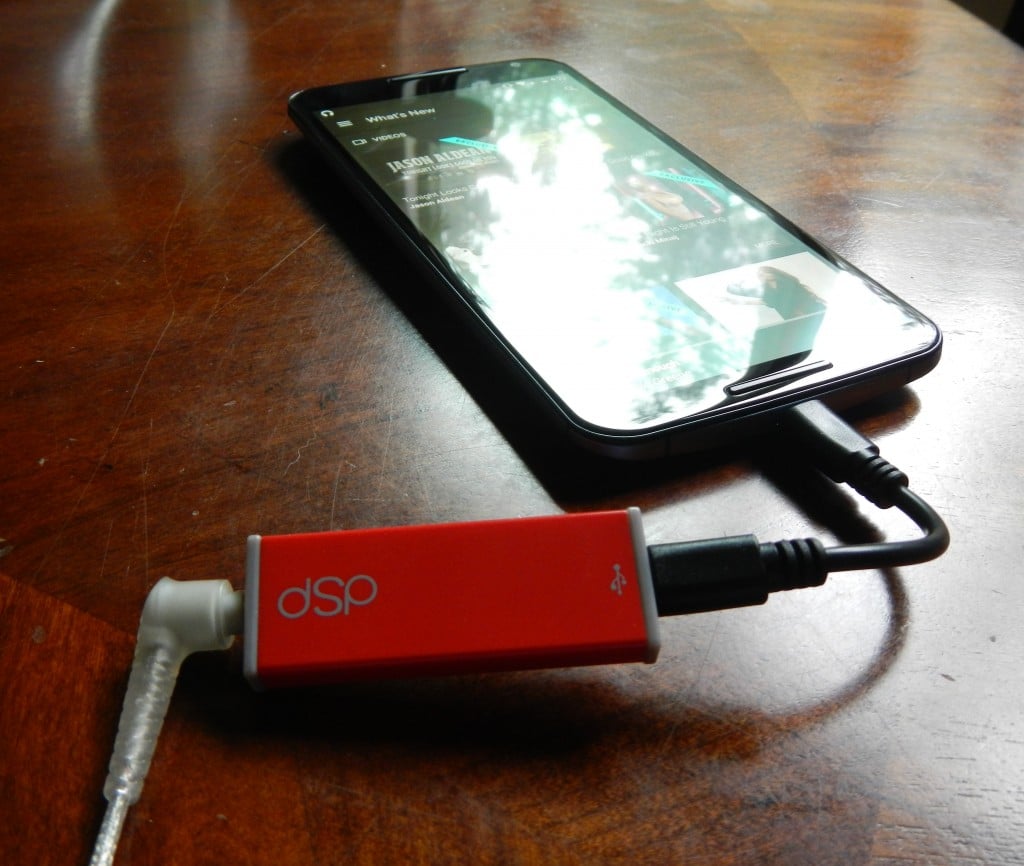 I found this DAC to be as simple as it gets, plug and play.  There was no delay and waiting for the audio signal to be rerouted through the micro USB port of my Nexus 6.  The volume is controlled by the smartphone.

So the important part, how does it sound?  Well, let’s just say there are some pros and cons.  At the price point and tiny size, it must be expected that there is compromise.  Let’s start with the good.

You can tell the primary objective that HRT set out to accomplish with the dSp was to output clean detail that you were not seeing (er…hearing) from your average DAC.  Let’s just say mission accomplished.  Compared to my Nexus 6 headphone jack output, it was clearer to tell different instruments apart, and subtle details, particularly in the treble frequencies, came forward.

However, it appears with the dSp that the extra detail comes at a cost.  Some of the overall sound’s fullness takes a back seat.  Not drastic, but noticeable.  If you are a basshead, this kind of sound signature may not be for you.  The lower mids to bass region is less impactful, resulting in a thinner sound.  But bear in mind that because headphones have different sound signatures, your mileage may vary.  If you have bassy headphones, the dSp may in fact be favorable and balance out the sound.

So would I recommend this little DAC that could?  Turns out the answer is not cut and dry.  It could depend on your headphones.  But if you mostly care to know the sounds missing from your music, want to remain as portable as possible, and on a budget, you should definitely be thinking about the HRT dSp.  Just don’t expect it to turn that $10 Skullcandy into a HiFi rig.  Come on now.