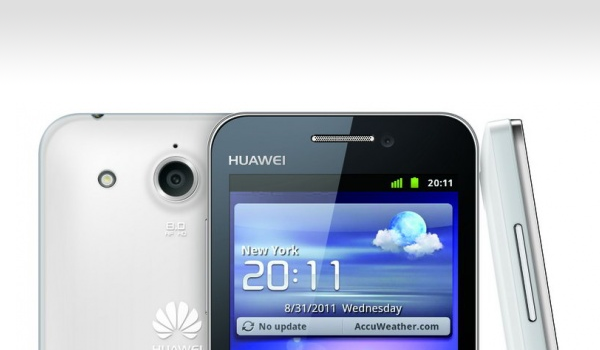 What’s to like: Fans of stock Android experience will enjoy the Huawei Honor’s simple interface that sits atop Android 2.3 Gingerbread.  The battery pretty much delivers on its promises of a considerably longer standby and talk times.

What’s to be desired: A U.S. carrier would be great however we’re left buying the costly smartphone unlocked. The 8-megapixel camera is great on paper but the pictures aren’t on par with competition.

Out of the box

In the age of 4.3-inch and 4.5-inch smartphones the 4.0-inch Huawei Honor feels refreshing in hand. Although a little bit thicker than most phones in its class, it stays on the good side of clunky.  The (Elegant White) white looks sharp and classy but the plastic battery cover reminds me of some of Samsung’s devices.  I suppose, however, that when you’re trying to keep weight down that these are the easiest corners to cut.  Note that the Honor does come in six colors: Glossy Black, Textured Black, Burgundy, Elegant White, Vibrant Yellow, and Cherry Blossom Pink.  The silver rim that frames the display looks sharp and distinguishes the front from the rear, a minor but noticeable design choice.

The battery cover comes of very easily but doesn’t feel cheap or as if it will fall off on its own.  That’s a good thing though as you’ll have to remove the battery if you want to get to the microSD card slot.  While you are in there you might also notice that the SIM card isn’t exactly the easiest thing to remove.  Thank goodness we set those and forget those.

The volume rocker is on the left hand side of the device and took some getting used to but it’s pretty responsive.  The power button and 3.5mm headphone jack are both on the top whereas the micro-USB charger port is along the bottom.

Powering on the phone, the 480×854 display looks very bright and clear, and icons seem to pop off the screen. Capable of delivering 16 million colors, it’s as good as most Android users would come to expect.  I really dig the minimal amount of custom UI that Huawei puts on the Honor and the Android 2.3 Gingerbread responds well. It’s worth noting that the handset is already on the list of devices ready to receive its 4.0 Ice Cream Sandwich update.

The unlock screen reminds me of recent HTC Sense UI where users can slide the circle to various icons for quick launch.  In Huawei’s case, the handset gives direct access to the phone, camera, call log, and text messages.  The pull down notification allows for quick toggling of Wi-Fi, Bluetooth, GPS, auto-rotate and other often used settings.

The Honor comes loaded with four keyboards and each has its own strengths and appeal.  Depending on what kind of a mobile typing habit you have, you may enjoy the Android keyboard, Huawei IME, MobiDiv, and TouchPal keyboards.  Of course, if you are a Swiftkey or a beta user you can still download your faves.

In terms of applications, the Honor is loaded with all your standard Google fare, including Android Market, Gmail, Maps, and YouTube.  Additionally, users will find Facebook, Twitter, Cloud+ Drive, a backup application, Safety Guard and a few others. Given that this model does not come with any particular carrier, the bloatware is rather light.

The camera performs okay but it’s not on the same level as other 8-megapixel models we’ve played with.  Would like a dedicated camera button here but that’s not a dealbreaker.  Capturing video at 720p HD looks pretty good but it’s obviously not a match for 1080p HD.  I really enjoyed looking at the images and videos on my phone but found that they didn’t translate quite as nicely to a monitor or larger display.  Clarity and sharpness just seemed a bit off for my liking. 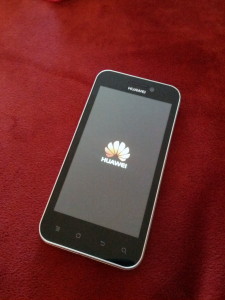 In terms of overall performance, the 1.4GHz Snapdragon processor was certainly impressive.  Swiping, animations, opening and closing apps, and jumping to the camera seemed to be as fast as one would expect.   Heavy enthusiasts might not be fond of a single-core processor however it’s more than enough for the average user.  Opening up a bunch of apps, loading social network stuff, and hopping around in the browser proved to be no problem for the Honor.

Huawei definitely has an uphill battle in the United States if they want to take on players like Samsung and HTC.  Having said that, I’ve become increasingly more open to considering something out of their camp as a device of my own.  Looking back at what was announced at CES and ahead to MWC, it’s pretty safe to say that they are not going anywhere.  Unfortunately, they will need the help of a carrier or two in the U.S. if they want to have even moderate success.  That’s perhaps one of the biggest gripes I had here as it’s too expensive to buy on its own and add your SIM card. Granted one could go with a provider like Cricket Wireless (Mercury) but it’s not available in my neck of the woods.