With more of our lives running on batteries each day, we are having to charge more devices than ever. The majority of people at least have two devices that they are charging each day such as a phone and a tablet. Others among us may also have Bluetooth speakers and headphones, smartwatches, and cameras that need to be charged every few days. While many of these devices come with their own cables and wall chargers, each one means a separate plug has to be taken up.

Thankfully, the folks over at iClever have all of us covered with its multi-port wall chargers that consolidate several devices to a single power outlet. If you aren’t familiar with iClever, they make some of the highest rated, best selling wall chargers on Amazon. Today, we are looking at three of its most popular wall chargers – two multi-port chargers and one with QuickCharge 3.0.

The first charger we’re taking a look at is the dual-port wall charger which allows you to charge two devices simultaneously. This charger feels well built and solid which gives me comfort about being able to throw in into a bag for travel and not breaking it. The wall plug is on one side of the charger with the ports directly opposite, and while this design does work for most cases, it can cause the charger to become cumbersome when devices are plugged in.

If you are planning on plugging this charger in behind a couch or something similar, be prepared to have it stick several inches out from the wall. I would prefer to have the ports on the bottom of the charger so that it would protrude less; however, this will only be a problem when using it behind furniture. 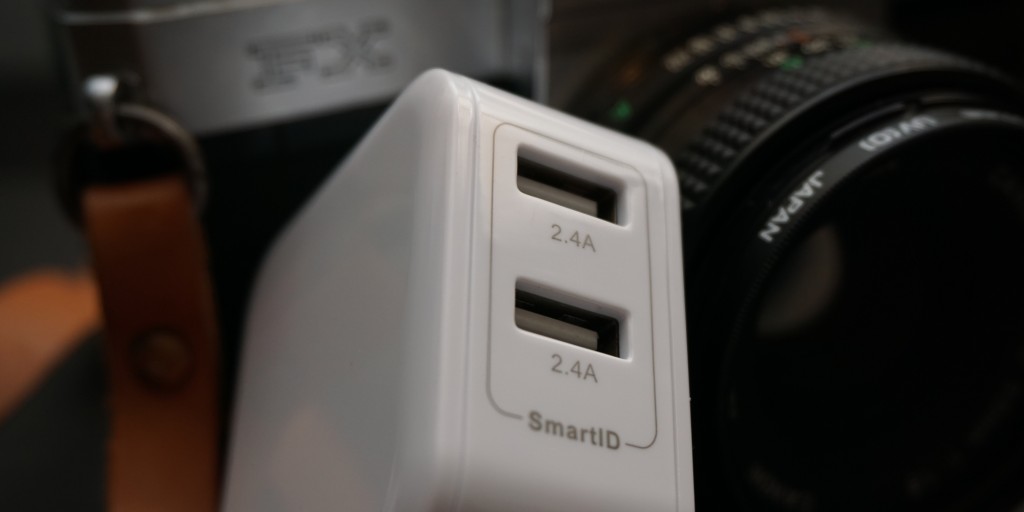 This charger comes with SmartID technology which ensures that each device plugged in is getting the maximum amount of power it can. When you plug in your phone or smartwatch or other device, SmartID detects the fastest charging speed your device can handle and provides that speed up to 2.4A per port. This means that you will not have to worry about one device charging slower when you plug another one in. I have been using this charger by my desk to charge my Sony A6000 and Asus Zenwatch 2, and I have been constantly pleased with the performance. You can get the iClever dual-port charger from Amazon for less than $11!

Next, we have a charger for those of you with even more devices that are demanding some juice. The design and build quality praise of the previous charger is no different here with a nice feel and sturdy construction. However, the port placement is still the same which makes the charger stick out quite far from the wall. SmartID technology is included in this charger, as well. Each port supports charging up to 2.4A which makes for speedy charging of most devices. 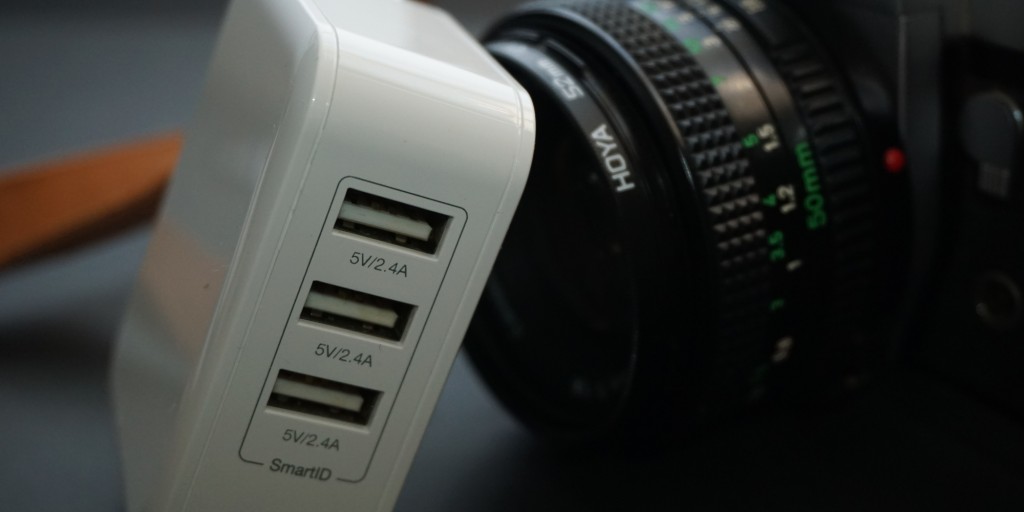 I personally have my Nexus 6, Moto 360, and Bluebuds X plugged into this charger, and these are devices which I use everyday. This is where I most noticed the SmartID technology since my Nexus 6 charged much faster than it would were it not receiving its maximum power. It is not QuickCharge, of course, but it is still plenty fast enough for me. You can grab the iClever 3-port charger from Amazon for $17!

Speaking of QuickCharge, iClever recently released its newest charger which comes with QuickCharge 3.0, the lasted version of Qualcomm’s speedy charging technology. Unfortunately, I do not have any devices that support QuickCharge 3.0 so I could not enjoy the full power of this charger, but my Nexus 6 did experience the still fast charging speeds of antiquated QuickCharge 2.0. 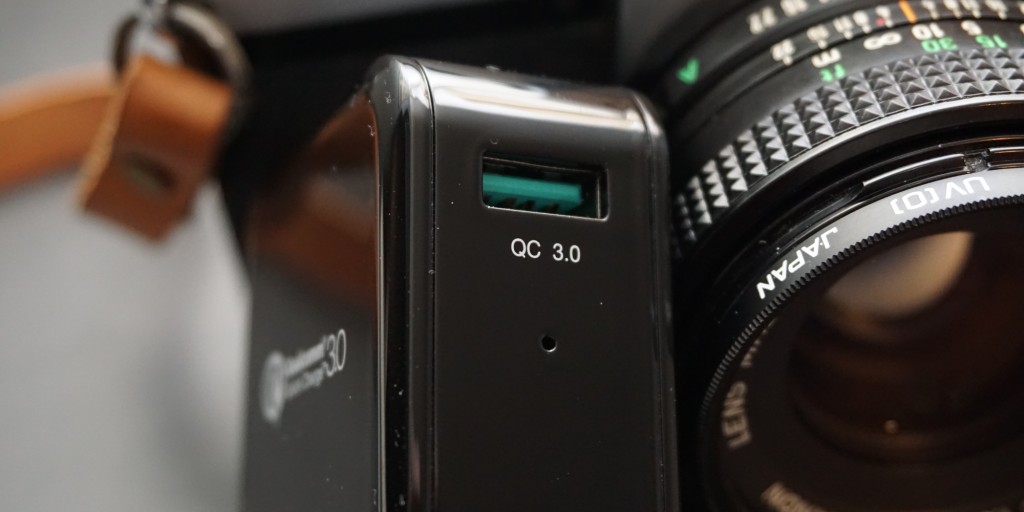 This brings up the important point that this charger will also work with devices that do not support QuickCharge 3.0, and it will charge those devices at the fastest rate they allow. As with the rest of iClever’s chargers, build quality and design remain as amazing as ever, but the port placement could again be improved. You can pick up the iClever QuickCharge 3.0 charger from Amazon for less than $17!

When it comes to wall chargers, these three from iClever are the best ones I have ever used. Aside from the less-than-ideal port placement, these charges are about as perfect as you’ll find anywhere. If you are someone who has a ton of devices that need charging or are just looking for a spare wall charger to keep in your car or bag for travelling, you shouldn’t look any further than the ones from iClever. Combine the quality, number of ports, and charging speed with the face that each of these chargers is under $20, and you have a deal that cannot be passed up.