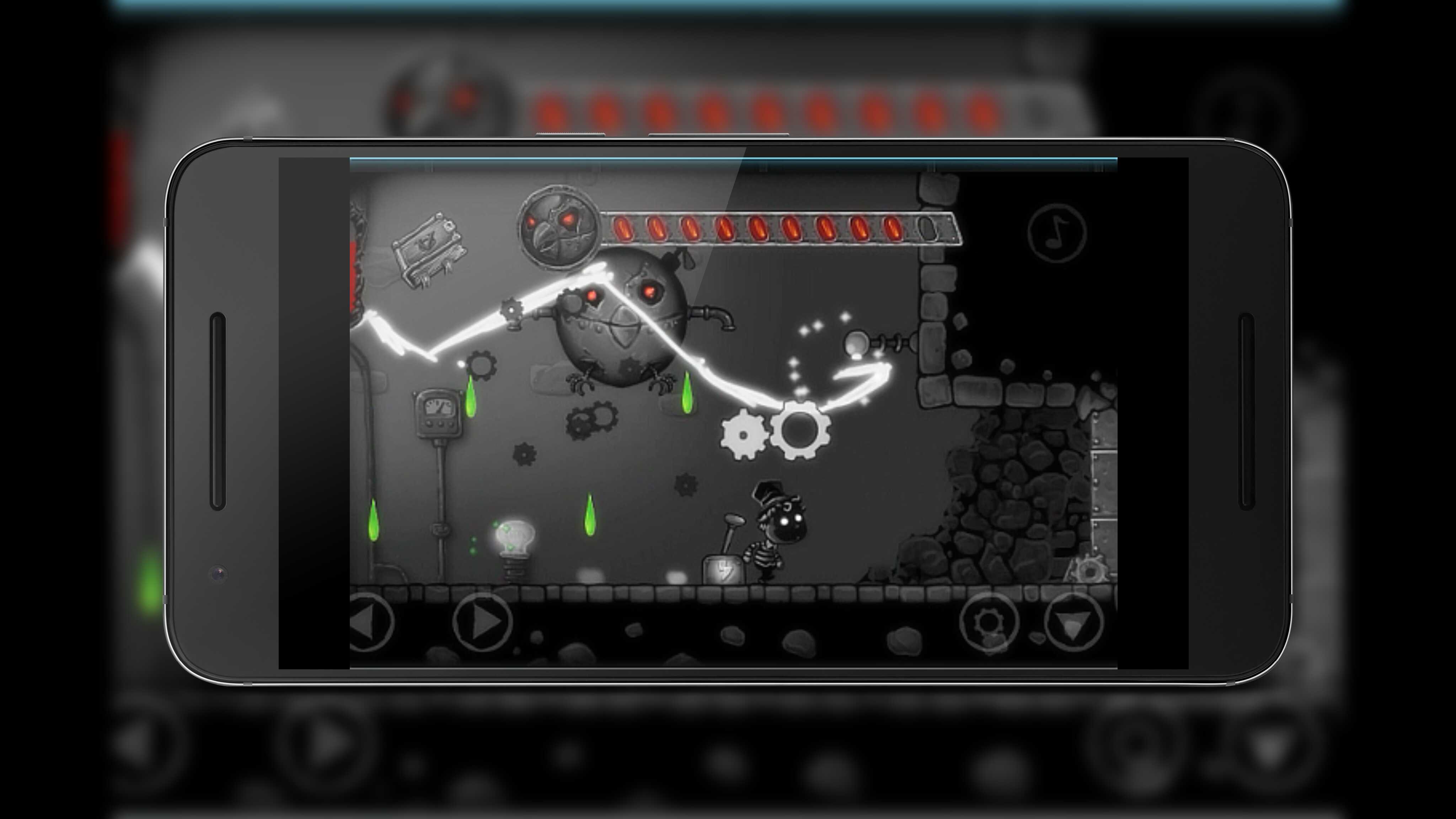 Ignatius is, at its heart, a side-scrolling puzzle game. Run around black-and-white levels solving puzzles and collecting film reels to move onto the next stage.

Zero. None. Download the game and go. (No Google Play, sadly.)

The first thing that strikes you when you open Ignatius is the music. Slow, haunting, music-box style notes drift through the menus, accentuating the equally-creepy black and white menu screen. You start the game, and a short intro video details the events leading up to the beginning of the game; a young boy sucked into a black and white film, resulting in a 2D universe.

At first, the only splash of color in the main UI is your life bar – this becomes important very quickly. Upon encountering your first enemy – a sinister-looking crow with glowing red eyes – and then, following that, a red health vial – you realize that things that affect your health – for better or worse – are red. Sure enough, the next enemy – a bouncing black glob – is accented with red pustules.

Color is something of a theme in this game; the more levels you pass through, the more colors you’ll see – but never more than two or three at a time. It’s used sparingly, always accentuating the noir style of the setting – never overwhelming it. Aside from red, the rest of the color spectrum is used to highlight interesting things in the environment; very well implemented.

The actual gameplay is solid; it’s well animated, the enemies behave in predictable, consistent patterns – a must for any timing-based platformer – and the puzzles can, with few exceptions, always be solved with logic – not trial and error, or luck. Each level your goal is to collect the pieces of a film reel to take you to a portal – which I suspect is a film projector – to move on to the next level.

As with every game, I have a couple of gripes. The first is that Ignatius clearly takes inspiration from another black and white, sidescrolling platforming puzzle game – Limbo. Now, this isn’t a bad thing. Limbo is an amazing, near-universally loved game by all that have played it. That being said, I feel like just a little too much was borrowed in the process – right down to the faceless hero with glowing eyes.

My second – admittedly minor – complaint is that the controls sometimes abruptly cease to function for a moment, at times. This is not a deal breaker, as simple re-pressing the screen will end the problem, but for a platformer that requires timing, a missed jump can mean a re-started level. Finally, there are occasional – but in my opinion, too common – fullscreen ads that come after you die- compounding your frustration, at times. Further, there does not appear to be a way to remove them. Sigh.

Ignatius is a strong addition to the platforming world. It’s great art direction and use of color, combined with a solid platforming and puzzles, make it a fun experience despite a frustrating use of ads. Download this – it’s free, and it tells a great tale.