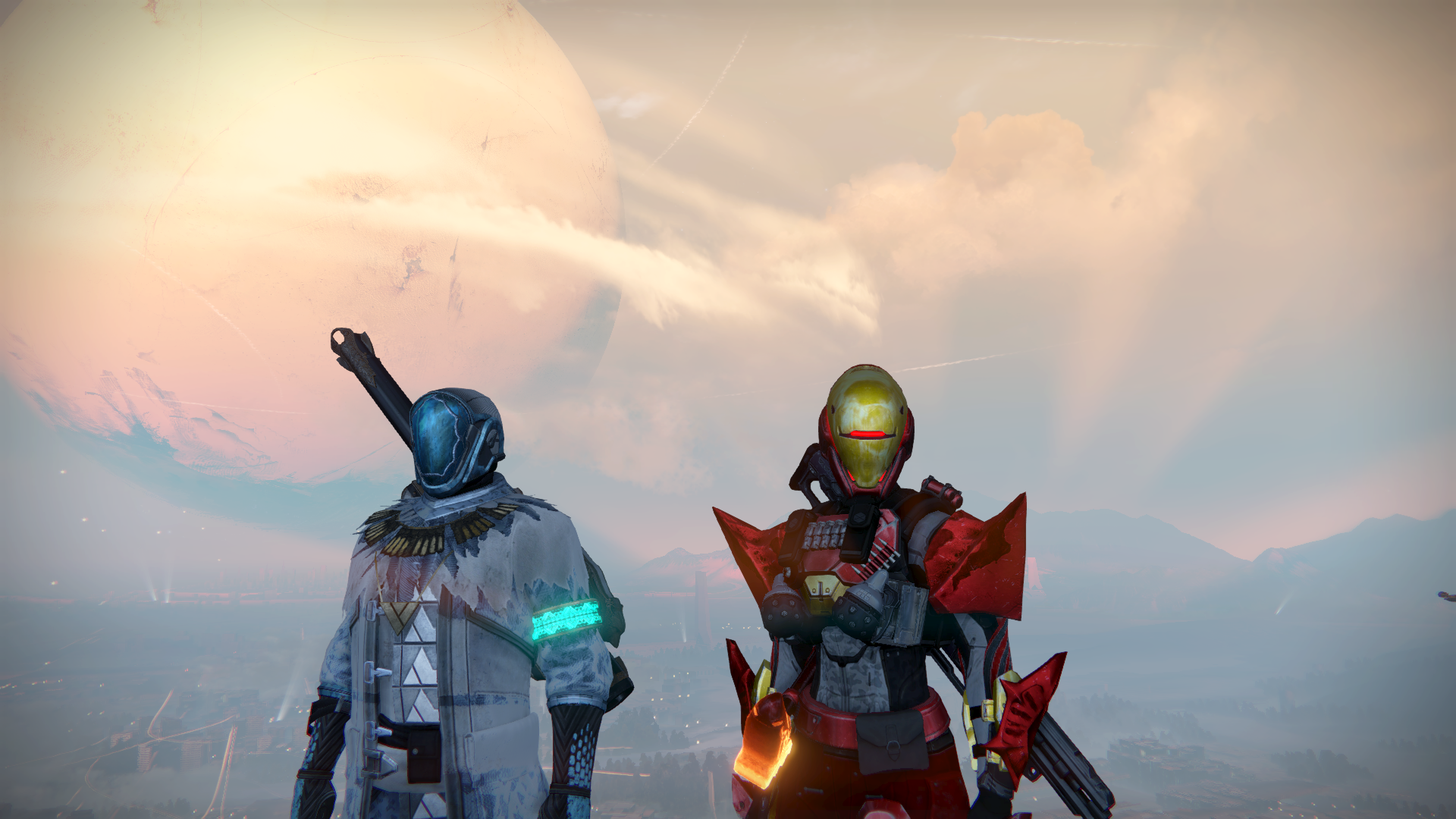 You wake up in the early 2700s, long, long after the golden age, the arrival of the fallen and the collapse. You’re greeted by your ghost who informs you that he’s been looking for you for a long time. You look around to find yourself in fallen territory surrounded by nothing but destruction. You have to make it to the wall to get to safety….

And that’s how your journey begins. From that point, you become a guardian of the last city on Earth. Protected by the traveler and bathed in light, the Tower sits above the city as a symbol of hope of what we may be again, one day. Throughout your missions, you begin to accumulate new weapons, new armor, vehicles, shaders, and emblems. You can only carry so much, so the others must remain in your Vault or be deleted.

This is where Ishtar Commander comes in.

In late-game Destiny you’re more than likely running three characters, a combination of Warlocks, Hunters, and Titans (with their tiny little T-Rex arms). Moving guns, gear, and ghosts between characters can be accomplished at the Tower with the Vault, but that’s a slow and painful process.

When you boot up Ishtar Commander (the app name comes from a location in the game) you’re greeted with a login screen for either your Xbox Live or PlayStation Network account. The app hooks directly into Bungie’s (the creator of Destiny) system to move items around. There are no fancy parlor tricks that leave your items at risk of being lost. 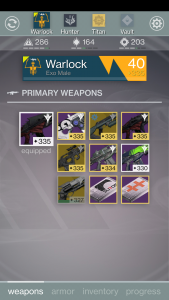 You’re able to move between your three characters and the Vault with simple swipes to the left and the right. The top of the screen lists which character you’re currently viewing and at the bottom, you can click on tabs for Weapons, Armor, Inventory, and Progress. Weapons and Armor are pretty self-explanatory. Inventory covers everything in your Materials and Consumables list in Destiny, as well as Emblems, Shaders Vehicles, Sparrow Horns, Ships, and Emotes. It’s your “catch-all” screen if you will.

In my opinion, where the real power of Ishtar Commander lays is the ability to move things in and out of your Vault and in between character at a moment’s notice. I routinely run the raid with three different characters and use specific weapons during the raid. If I were to have to run to the Tower every time I wanted to move weapons it would take much, much longer.

Another really important feature within Ishtar Commander is the ability to save loadouts. There are many different activities in Destiny and everyone has their preferred weapons for things like the Crucible, the Raid, or Heroic Strikes. Each activity can have its own separate loadout saved for quickly moving weapons and gear over quickly so you can jump into games as fast as possible. You can also hit “maximize light level” to pop your light level up as high as possible for engram decrypting purposes. 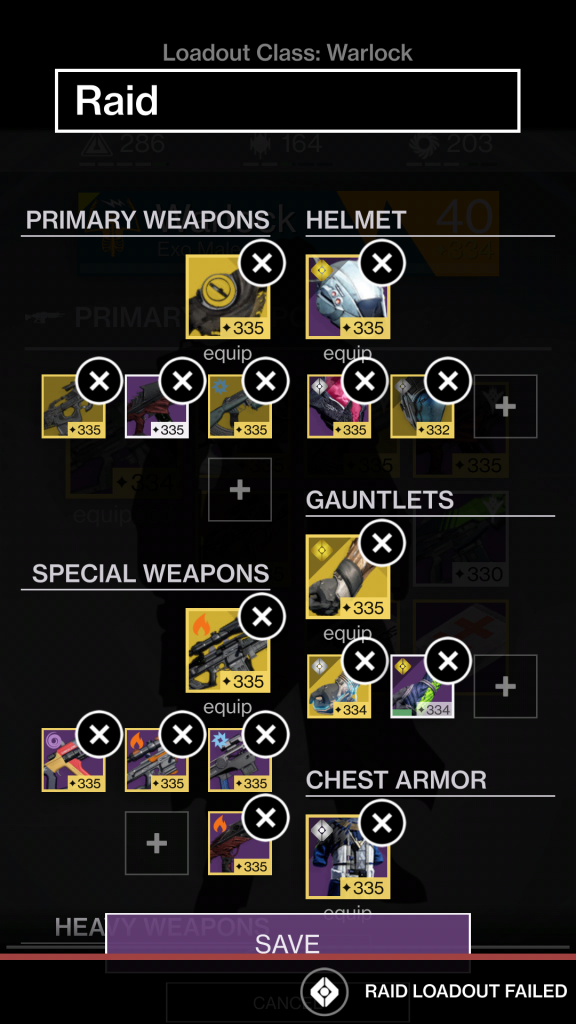 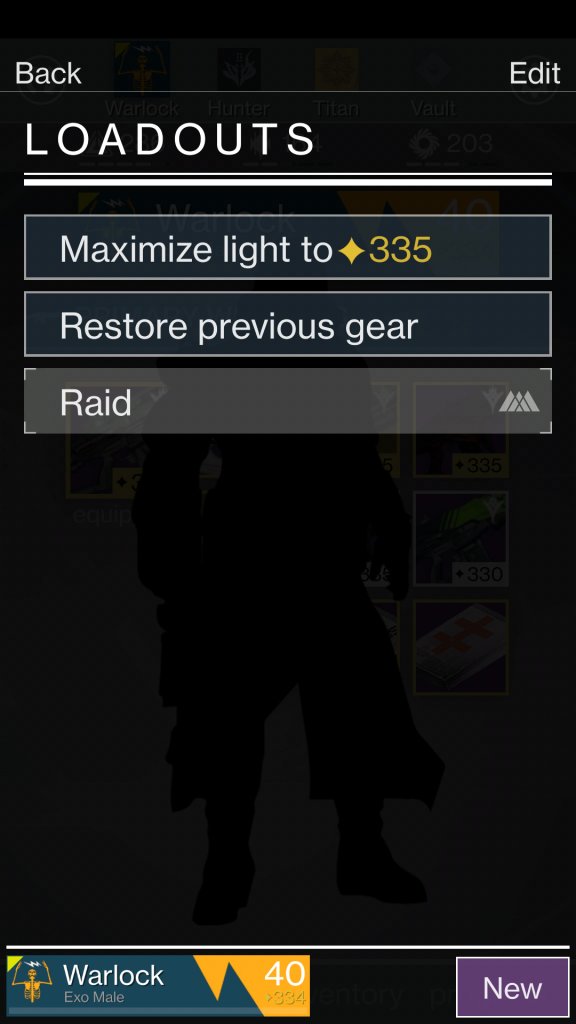 Within the settings you can turn on turn on settings for light level, armor grades (for you tier 12 chasers), and hidden stats.

Everything works flawlessly within the app. If you don’t have room to send a weapon to another character, you get a very clear error explaining why. There’s no guesswork. While there have been some issues in the past with functionality, the devs seem to have figured it out recently and we’ve had a long period of silky smooth performance.

With apps that focus on functionality, there is sometimes a letdown in the graphics and sound departments. Luckily, Ishtar Commander avoids any kind of serious issues.

There are very clear sections for each type of weapon (Primary, Special, Heavy) and the icons for each weapon are large enough to easily tell exactly what you’re selecting. My only gripe is the large amount of space between each section. It seems to just be a waste.

There aren’t many sounds in the apps besides a clip from Destiny during your initial boot-up and some error sounds. The sounds are consistent and not annoying so no issues there. 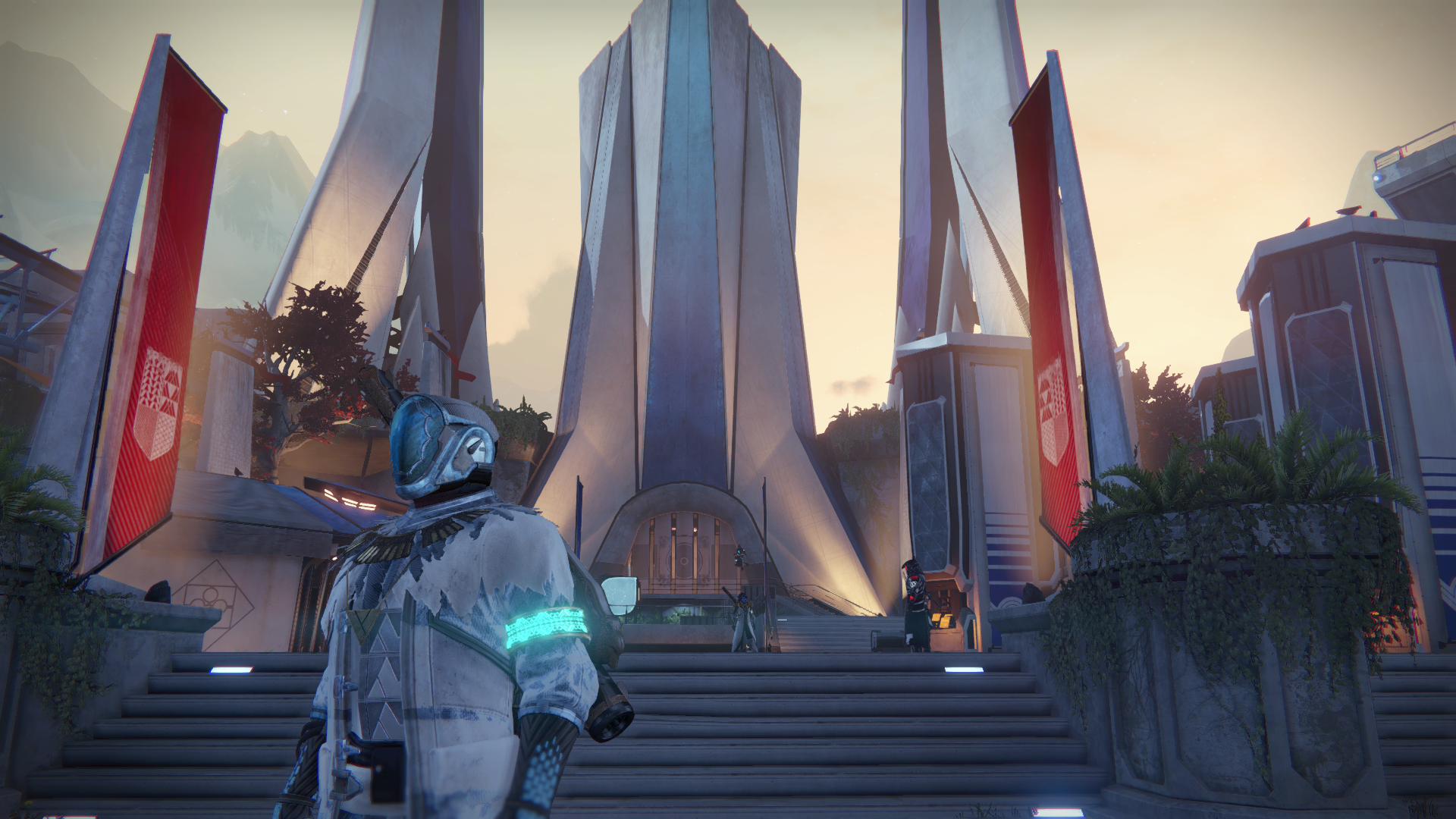 I use Ishtar Commander every time I play Destiny. While that isn’t as much as I may like these days, I can usually get in a couple hours with friends during the week and run the raid. Ishtar Commander saves me so much time and frustration. I no longer have to run back to the Tower and switch between characters to move guns, materials, and consumables.

The devs have been excellent communicating with the community and pushing constant updates. When something breaks, it’s immediately addressed. You rarely see dev support for a free app like this.

If you’d like to pick up Ishtar Commander, you can head over to the Play Store!

HOT DEAL: Purchase 3 years of PlayStation Plus for just $120 and receive $20 in store credit