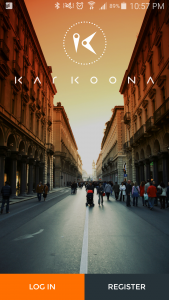 Karkoona is a messaging platform for commuters, travelers, errand-runners, and anyone else traversing the roadways. The idea is this: sometimes you want or feel the need to communicate with a fellow driver. Maybe you see they left their lights on? Do you see their pet in their car? Maybe they didn’t park so great. Maybe they just cut you off (hopefully you wait until you’re parked to tell them this). While you won’t likely be connected with these otherwise total strangers, Karkoona wants to give you the ability to reach out as a fellow motorist.

First off, download from Google Play. Upon opening the app, you have to register entering your country & state, email address, license plate number, and new password.

Once in, you can choose from several actions.

Messaging is the backbone of the app service. Naturally, considering we’re talking about messaging other drivers, one could presume some message content could be confrontational, angry, and abusive. To combat this, Karkoona has chosen to provide pre-written messages based on a number of message categories.

Another major feature of the Karkoona app is ‘upvotes and downvotes’, which work just 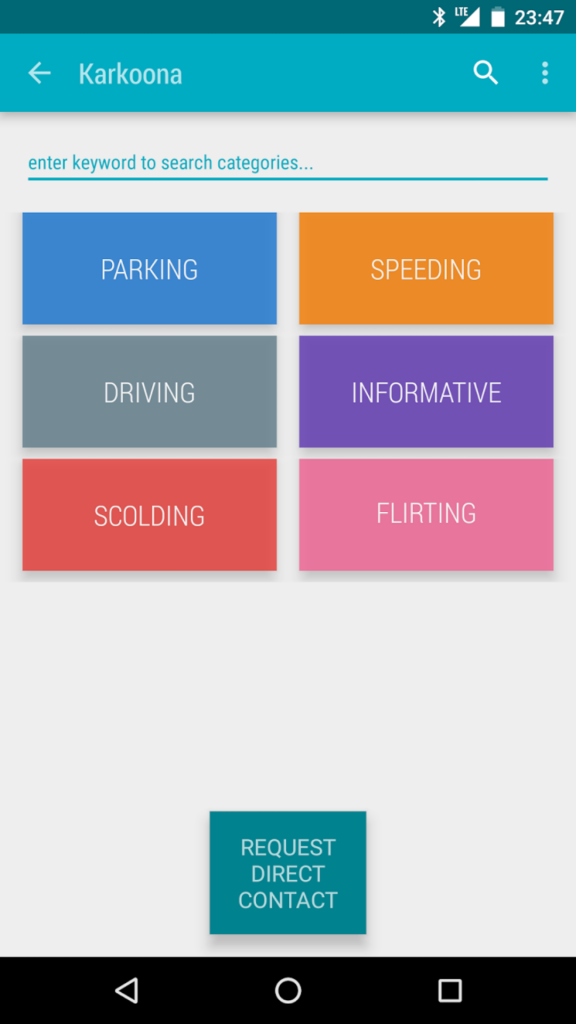 how they sound.  Receiving upvotes raises your standing in the Karkoona universe while downvotes drag down your rating.  These votes contribute to you receiving badges which display your good or bad behavior as observed by your fellow drivers.

Karkoona’s has a couple of major hurdles to be a great app.

The biggest issue is traction. To have a great messaging app you need strong adoption rates. Adoption breeds a community, which organically grows the user base by word of mouth. Unfortunately, there are very few users of the service as of yet.  And in my opinion, it’s going to be tough to get someone to open Karkoona when there are so many other options out there, ones that people they already want to talk to are already using.

The second is practicality. You wouldn’t just try to message a total stranger on Facebook Messenger or Google Hangouts, would you? Of course not. But Karkoona wants you to send messages out to total strangers, with the only connection you having is a passing motorist moment.  It just doesn’t seem plausible (though, to be fair, the idea of us posting our daily routine and pics of our breakfast for all the world to see on Facebook probably seemed quite out-there years ago, too). 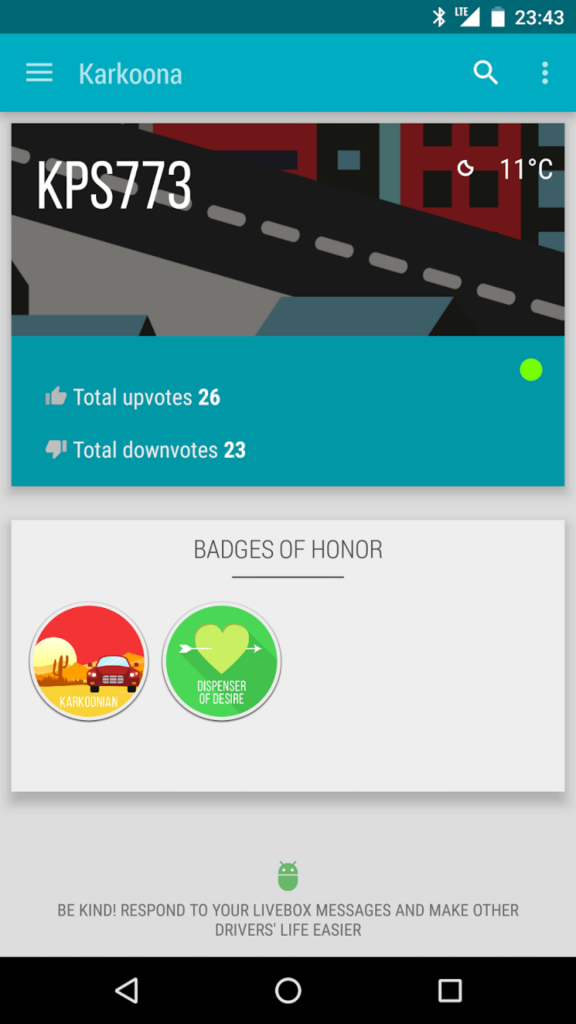 The third is security. To sign up for Karkoona you need to provide your car’s license plate number. This may or may not be a security reach, but it’s simply unusual enough to likely be off-putting to a lot of folks. Also, reaching out to message another motorist that they cut you off seems, at least, a little risky in our days of consistent road rage incidents reported in the news.

I want to like Karkoona. It’s outside-the-box thinking to provide a messaging & community-building app around something we, as a civilized society hold dear: our cars. In fact, I think that if this had come around a few years ago during the infancy of Facebook, Twitter and the like, it may have had a fighting chance.  But given the state of this app market, the best Karkoona can hope for is a regional niche service.