It’s 5:15 PM. You’re in your car after a hard day of your boss screaming at you. You’re driving home and you have your phone connected to your stereo through bluetooth, a metal album on and you’re singing as loud as you can. To say you’re into this song would be an understatement.

And then it happens. Your mom sends you a text, your pleasant little tone plays and completely takes you out of the moment. This could have been avoided.

You could have downloaded Don’t Pause!

Don’t Pause! is a simple app with a ton of options. It solves the problem I just laid out above. If you don’t want to be taken out of the moment when you get a text or an email, you may want to investigate it. Don’t Pause! will set your notifications to vibration, and won’t dip your music when when the notification comes in.

Your phone will vibrate in your pocket, your music will keep pumping, and you’ll go on about your business. Once you’re done listening to music, your notifications go back to normal. Easy. 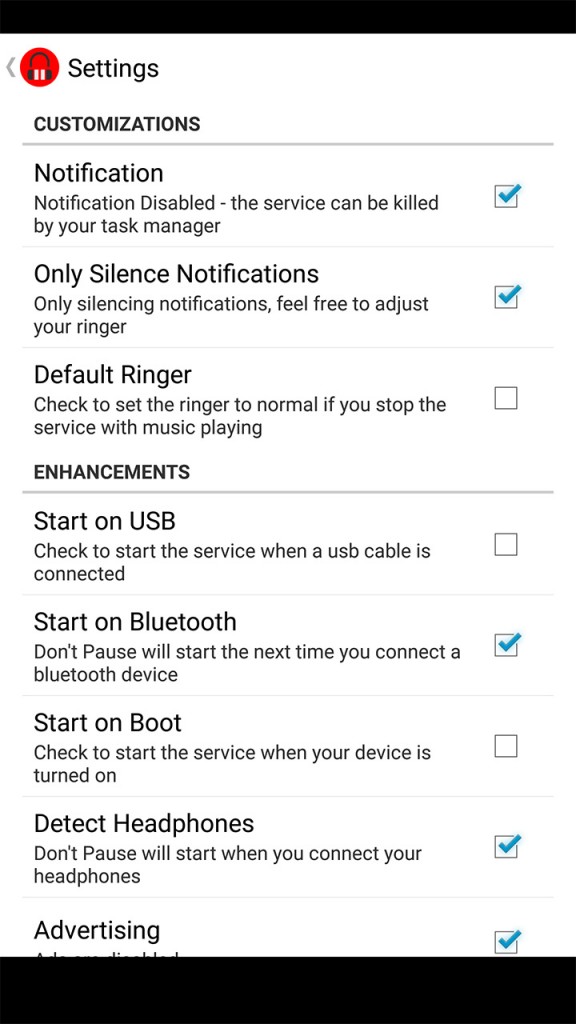 Even when I stop the app from monitoring my music, the notification remains. The option is there for phones with lesser amounts of RAM so the background process isn’t killed, but it would be nice if the option to get rid of the notification actually worked.

If your phone is vibrating between songs, the “Only Silence Notifications” option may work out for you. If you decide to stop the app while you’re still playing music, you may want to check the “Default Ringer” option. This will return your ringer to its previous state even though the music is still playing. If you leave this unchecked, the phone will remain on vibrate even though you’ve stopped the process.

Under Widgets, we have three options. The first two options are 1×1 icons, and the third option is a 2×1 widget.

All three of them do the exact same thing, turn the service on and off. These are handy if you don’t want to keep the notifications in the tray, and want to quickly start the service. The 1×1 widgets are the exact same thing. They are the same icon, serve the same purpose and show up exactly the same on the home screen. I honestly have no idea why there are two.

The widgets are frankly ugly. They look very low resolution on my Nexus 6P’s 2560 x 1440 screen. You can see outlines at the edge of the icon where empty space should be, and the text under the widget cuts off so you only see “Don’t”. They’re poorly made, and need some work if the developer wants to be taken seriously.

When the app is running, it functions great. I had Josh Noriega and Derrick Miyao send me a few text messages to test the app’s functionality, and I wasn’t interrupted once. The phone vibrated every time just as intended, and never stopped or faded the music I was listening to.

If you bring up the volume bar while listening to music and try to raise the ringer volume, it will default it back to vibration. You’ll have to actually stop the process to do that. I wanted to see what would happen if I forced the volume up in the settings (Settings App > Sound & Notification > Ring Volume) and it shot my phone into Do Not Disturb mode. Definitely a weird result that the dev needs to fix, but it won’t affect many users unless they do the exact steps I did (which is unlikely).

I really like Don’t Pause! I don’t regret buying the pro version since it was pretty cheap, and opened up some options that make the app pretty powerful. The options you get with the free version are enough to get by on.

I do worry about users missing alerts. I have an Android Wear smartwatch which will still alert me to notifications when they come in when the process is running. You’re going to have to keep an eye on your phone if you don’t because you certainly won’t hear any notifications with Don’t Pause! on. 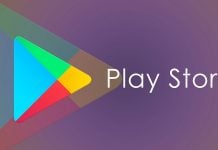