Kingdom Come takes a different approach when it comes to traditional RPGs by adding in some match-three puzzle elements. While this is not the most common form of RPGs, after downloading Kingdom Come, I am now a huge fan. You start off playing as the heroic warrior Macarius (Exodus the wizard and Elena archer are the two other playable character that are unlocked later on ) as you guide him on his quest to save the kingdom from the evil minions of hades. Not very original, but it works. Throughout your journey you will battle hordes of monsters earning coins to purchase upgrades for your hero.

After you finish the tutorial, which explains everything in great detail, you are taken to the campaign map where you can progress forward only by defeating enemies at the various waypoints. You start off with just simple minions, that require little to defeat as the game continues to explain some things for the first battle or so, and then they get progressively harder. The battle system is where things take a unique turn. During your turn, your damage is directly correlated with how many pegs you can match. After you get at least three, your character will attack the enemy, whereafter they will attack you back. You can deal more damage by coming more than three, using the special power pegs that come up randomly, or a combination of the two.

I can honestly say that after my first battle, I became addicted an ended up playing the game for quite longer than expected. After you defeat an enemy, you are taken back to the campaign map where you will progress forward after having earned some coins for your troubles.

Animations were fluid and smooth, colors were vibrant, and everything just looked phenomenal.

You level up as you win battles and that in turns unlocks new weapons and armors to help you in your later conquests. You can also purchase more coins using crystals, and you can purchase crystals using real world money. I decided to buy some crystals to purchase a shiny new sword and I was able to procure 50 crystals for only $1.00. You can of course just play the game and win coins as well, without having to spend any money on the game.

The visuals on Kingdom Come are what you would expect from modern Android game. Animations were fluid and smooth, colors were vibrant, and everything just looked phenomenal. Due to the high quality visuals on Kingdom Come, matching up the pegs and seeing them go was always a great experience. Each peg looked great and the different colors all had different designs. Instead of the usual colored bubble or triangle, you can a distinct orb that showed the developers took everything about the game into account when developing it.

For having such great graphics and features, the performance of Kingdom Come was spectacular. After the loading screen, I didn’t have to wait once for the game to process anything. Animations showed up quickly, but smoothly, screens loaded fluidly, and the overall experience was, well smooth.

Kingdom Come is great game that combines the best elements of an RPG and a match-three game. For someone who does not usually play games on his smartphone, I can honestly say I enjoyed playing Kingdom Come and plan on having it around for a while longer. The game is free to download, ad-free, with some in-game purchases available. For more information, or to download Kingdom Come, you can use the widget provided below. 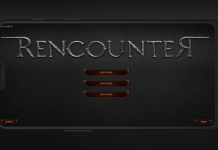 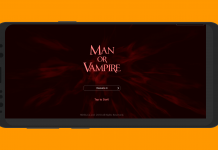 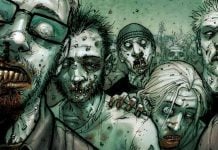