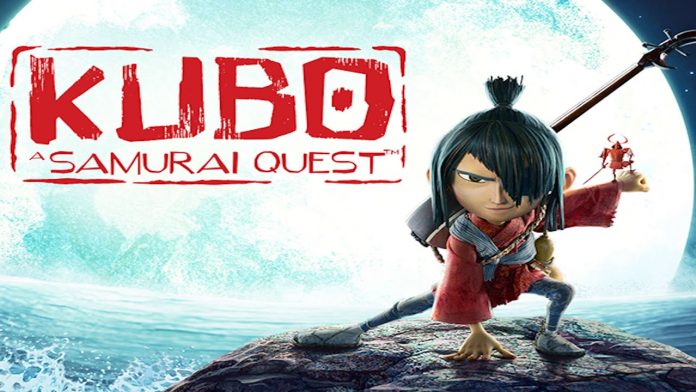 I don’t know about you, but I really enjoyed Coraline – the beautiful animation movie with a touching story. Well the team that created this film, LAIKA is also behind a game I recently ended up playing. It’s called Kubo: A Samurai Quest and it’s a Match 3 puzzle game. The game is inspired by another LAIKA movie called Kubo and the Two Strings – which I am yet to see. 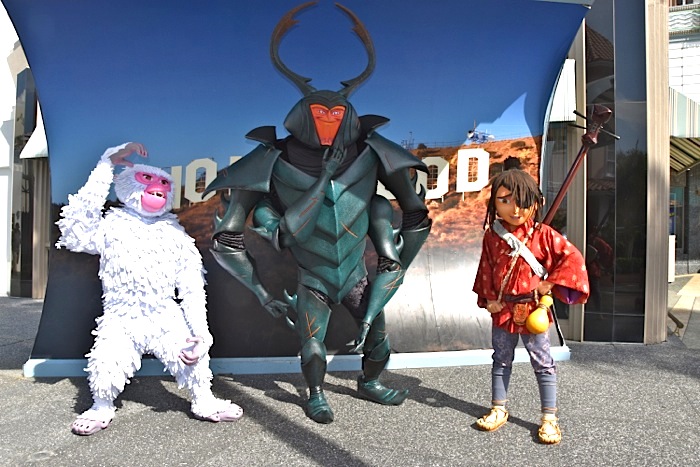 I’m a tile-matching puzzle enthusiast for a very simple reason – this sort of game tends to utterly relax me, so naturally I was very keen to try this little game out.

The game is free for download from the Google Play Store. Just install it on your phone and you’ll be ready to roll. However, the installation process does take a while, so be prepared to wait a few minutes. I should also warn you that, in-app purchases are also going to pop up once in a while, allowing you to unlock certain features to enhance game play – which might prove a little annoying. Thankfully if you don’t want that, you can disable the in-app purchase feature from your phone’s settings.

The game is not just a simple Match 3 game, as it follows a story line that seems to be based on the movie’s plot. As in the film, Kubo is a boy with an eye patch who has some powers including storytelling and origami, which he combines to keep the locals of a small Japanese village entertained. 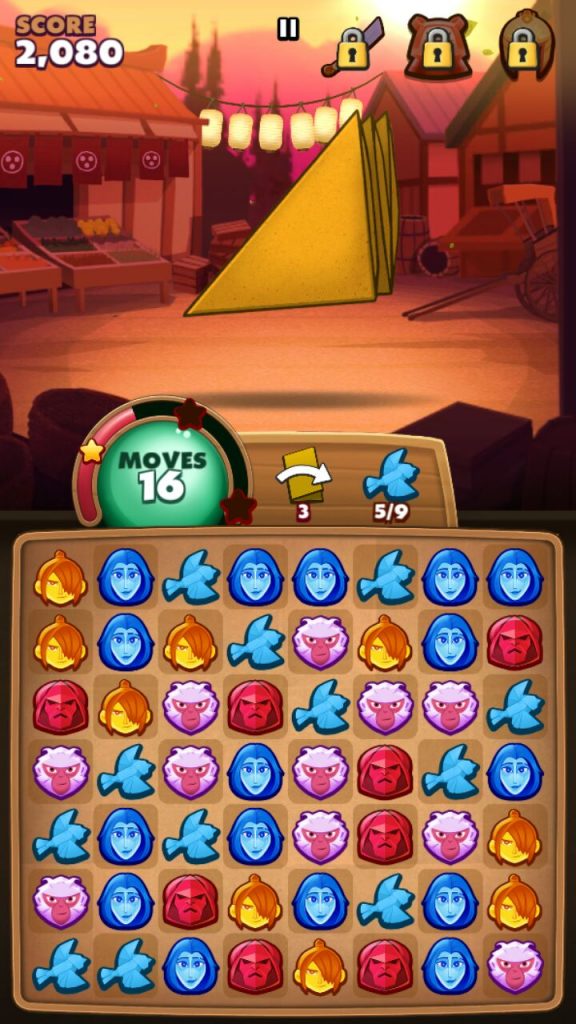 There are 3 chapters available for play, but only the first one is accessible at first – the next two you will have to unlock. Most of the levels you’ll end up going through, are pretty genre-standard, with time-limits and match goals. 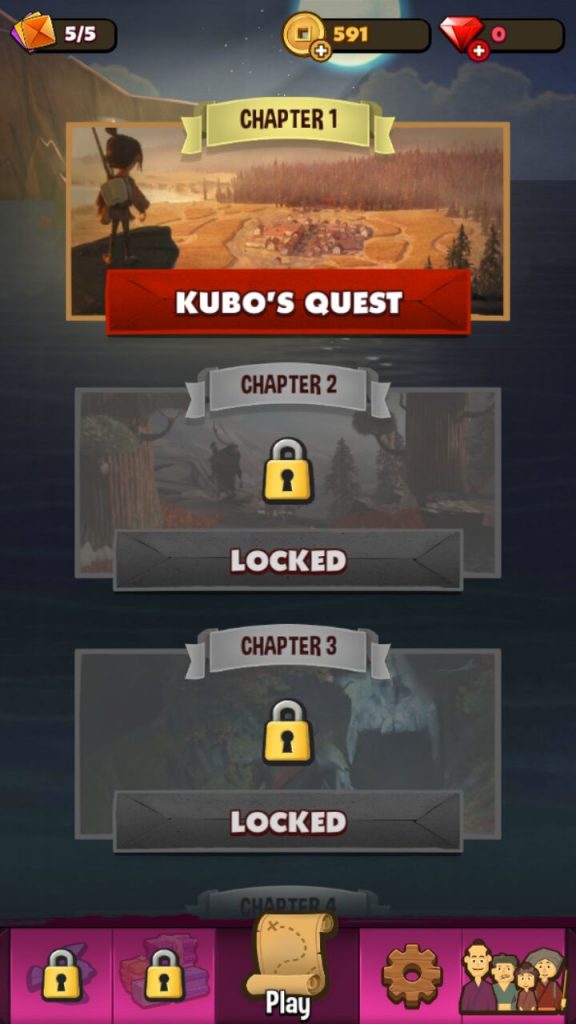 Depending on the level you are at, you’ll be asked to match certain jewels in order to complete the quests assigned. But from time to time, you’ll get to play a level where origami creatures battle one another. Match 3 or more swords to attack the enemy or 3 or more hearts to replenish health levels. As you advance into the game play, you can select up to three creatures to have in your party, which can also be leveled up. 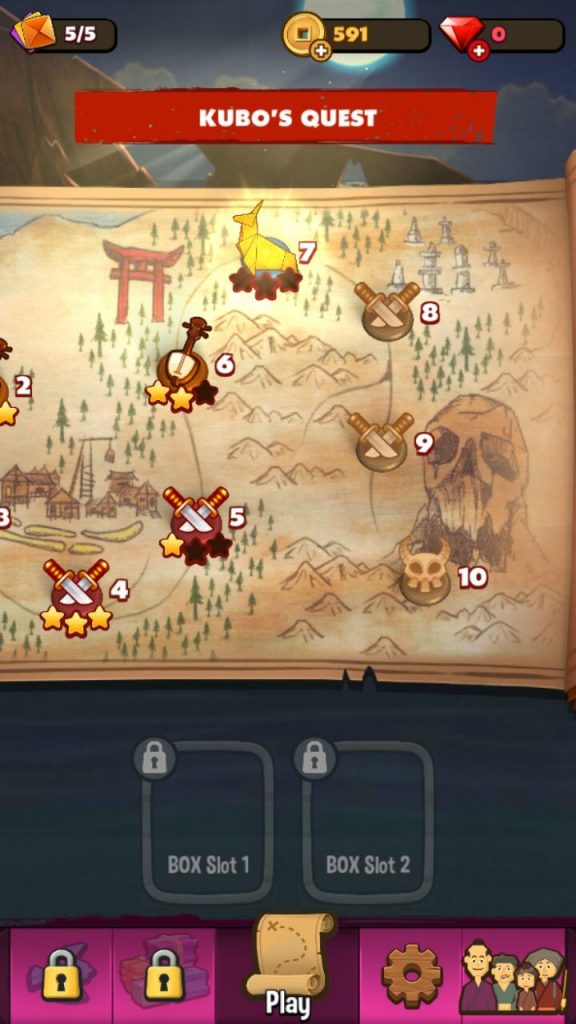 The battle system is element based and there are five elements to be taken into consideration including Fire, Water, Nature, Light and Dark. So Water beats Fire and Light beats Dark and so on. Tiles are different based on the level you play. The graphics are really beautiful and colorful and the soundtrack is equally so. Throughout the chapters players will encounter mini-bosses and there’s one big boss fight waiting for the final fight. 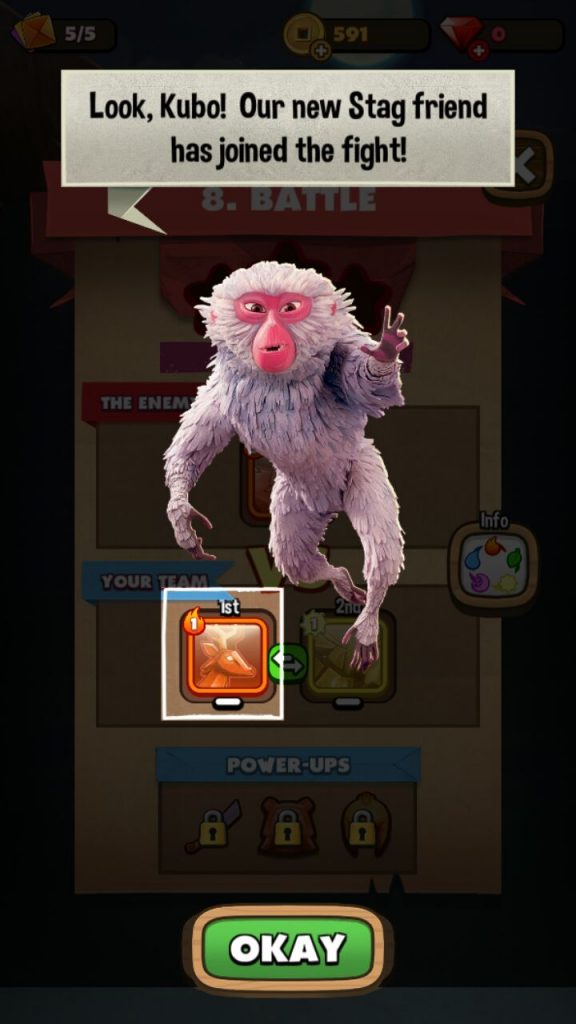 The score-based levels are the most challenging the game throws at you. On these levels, players need to make sure to use the special charms as much as possible in order to get access to the big combos. The storytelling levels are the easiest to deal with and the combat levels are perhaps the most interesting to play. 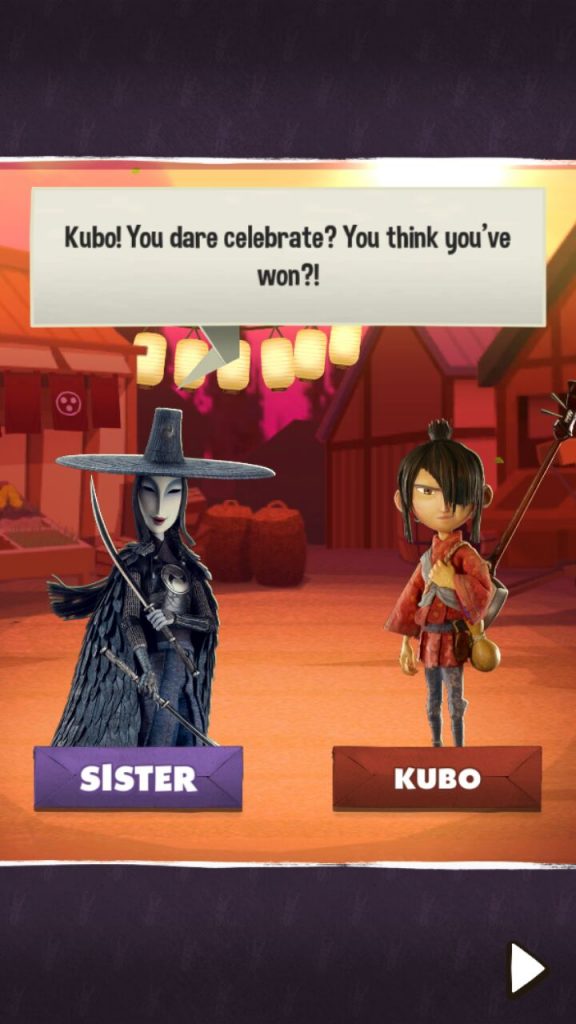 As I mentioned above, throughout the pack, gamers will be tempted to purchase “Starter Packs” which include gems and bonuses, but you are free to ignore these offers by tapping on the X icon. However, without these power-ups the game play will get quite hard around level 20 or so. 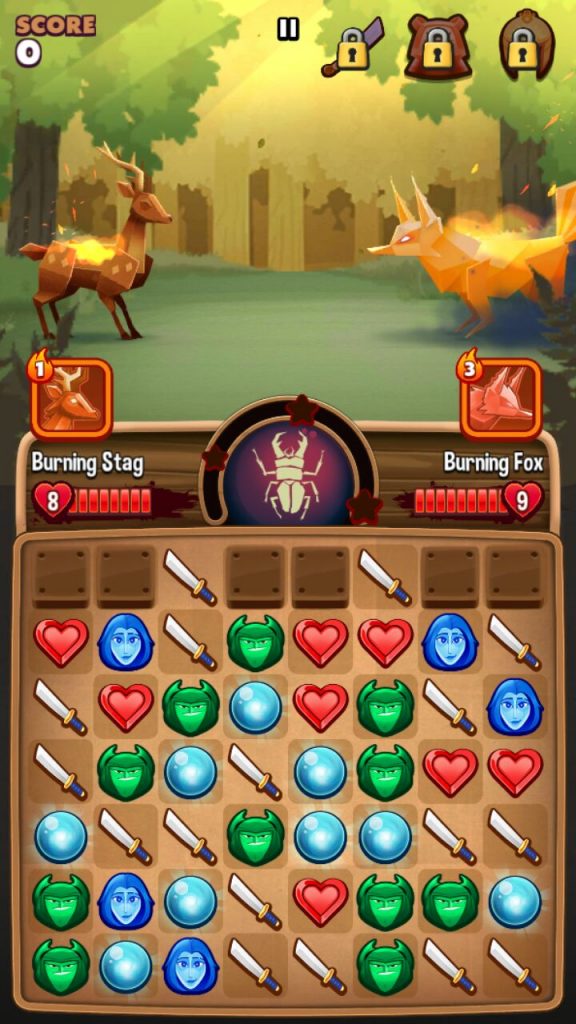 While the game is engaging and fun to play, there are some issues the developers need to address to appease their fans. The game seems to have persistent loading problems. It especially has a tendency of stalling at the main loading screen. One time I waited so long that I got annoyed and started doing something else instead. I even tried re-installing it once, only to lose my progress. Luckily I haven’t experienced any crushes while playing, but a game that takes forever to load is certainly not fun. Especially if for example, you’re on a lunch break and you want to play a few quick levels, before going back to the office.

I can honestly say that Kubo: A Samurai Quest is one of the best Match 3 puzzle games I’ve played (and I’ve played a lot). It has beautiful graphics, a nice story line and inspiring music. However, some of you might be bothered by all the persistent monetization attempts. Also the loading issues need to be fixed. But apart from that, I really do recommend you try it out, especially if you love origami and Japanese culture.