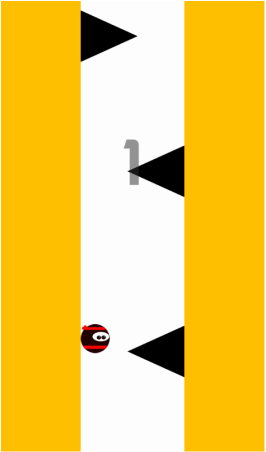 You’re a ninja, and you have exactly two goals in life; dodge giant spikes, and collect ninja stars.

If you run into a spike – even if it’s the flat, not-pointy side – you die. If you manage to run into the red ninja stars – which are as large as you and pointy on all sides – you score a point. How this is possible when the spikes are only pointy in one spot but ninja stars are pointy in all spots, I do not know; but that’s how it works.

While this is a simple concept, sometimes the implementation is inconsistent. As far as I can tell, as you’re traversing this mono-directional tunnel lined with spikes, there is a chance that any spike may, in fact, spawn as a ninja star. As such, you may come across a stretch with multiple stars in a row…or no stars at all. I have had runs where I got five stars right off the bat, and I have had runs where I never found a single star before meeting my end splattered against a spike. As such, it’s tough to gauge if you’re actually doing well…or if you just had a lucky run. 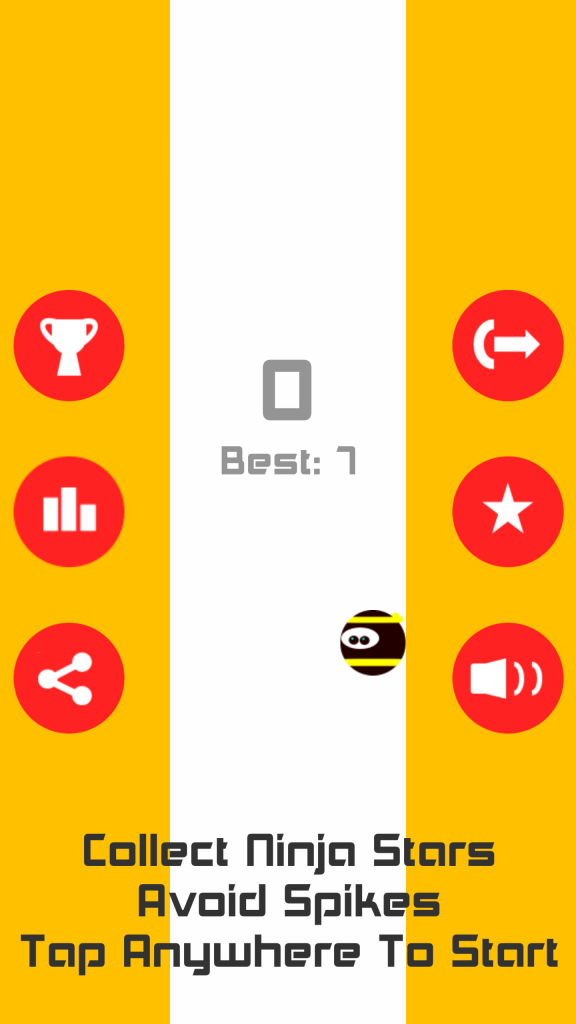 Random Aside:This game has a very Flappy Bird feel to it. The utter simplicity of the game leads to me to wonder why Flappy Bird gained such immense popularity but, as of the time of this writing, Line Ninja only had 10 downloads. That struck me as odd.

Free. No in-app purchases, though it is ad-supported in the most clever way possible. See, the whole game revolves around you tapping the screen to make the ninja jump back and forth between sides of the tunnel; single taps, throughout the entire game. No swipes, or scrolls, or anything like that. So when you’re tapping through once you’ve inevitably run headlong into a spike wall going a bazillion miles an hour, the game has a tendency to fling an ad your way and, in your hurry to restart your inevitably short, frantic life, you will inadvertently tap on an ad – generating not only an ad appearance, but an ad tap. 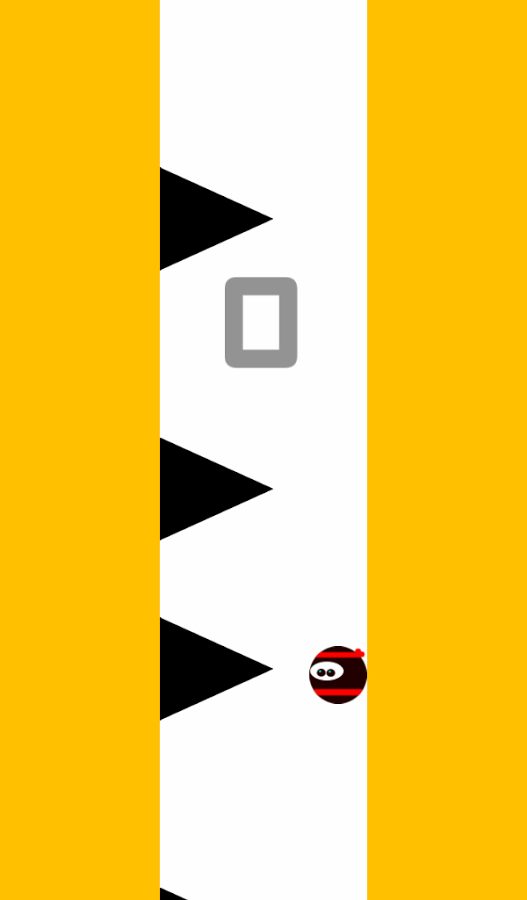 The best about this game, for me, is the delightfully retro musical stylings of Azureflux. Playing this game in silence is a boring endeavor; but playing with the music cranked brings me back to the days of Sonic the Hedgehog on Sega Genesis; absolute nostalgia. If you need one single reason to download this game, it’s for the music. Give it a listen.