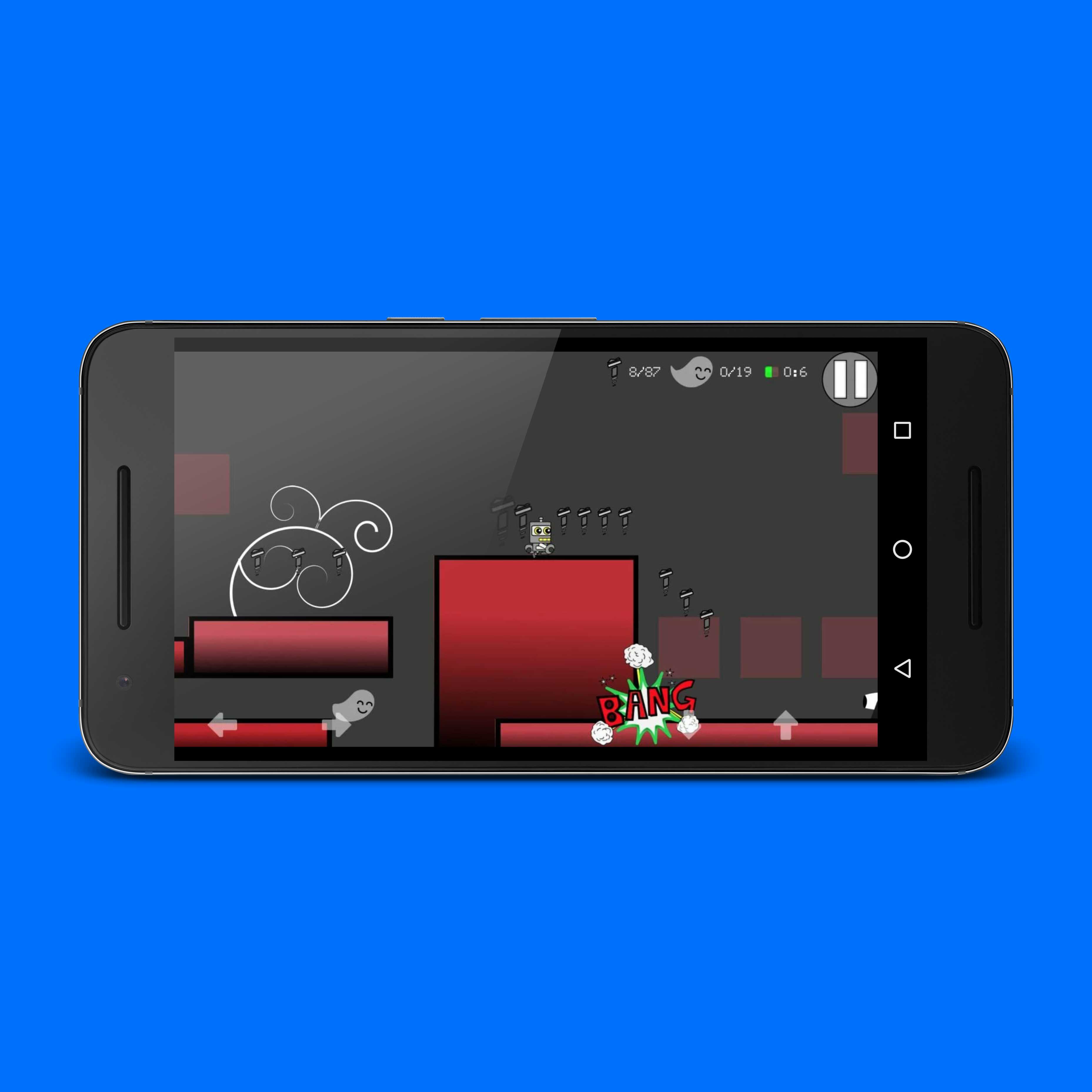 Little Robot Adventure is the story of a tiny robot that journeys through various stages, crushing enemies and collecting pieces of a world. As you collect pieces, your world becomes more complete.

This app supports Google Play Games, so you’ll be prompted to log in at the launch of the game. After initial setup, there are no additional steps to perform.

Little Robot Adventure will be familiar to anyone that’s ever played a Mario game. The controls are extremely simple – lateral movement left and right, and a jump button; that’s it. You begin the game in a completely grayscale world, completely without enemies. The only source of color beyond the little robot is a treasure chest at the end of the level. why is it there? Why does it have color when nothing else does? No idea. but when you open it, enemies populate the world from then, on. At the end of each level you unlock more and more pieces of the world, eventually creating a vibrant environment to explore.

Throughout the world you will collect screws, a sort of currency with which you can purchase a few upgrades for your Robot. In addition, there are also some in-app purchases that you can use to eliminate ads, purchase additional screws, or buy extra lives. If you enjoy the game, I highly recommend purchasing the ad-free version, because this game has a lot of ads. Oh, you died? Have an ad, maybe two – heck, maybe a video! There’s ads in the banner, there’s ads in the footer…basically, anywhere you might insert an ad, there is one.

I encountered a few frustrating quirks in my expedition through Robot’s world; On my very first level, for instance, I fell through the environment and became trapped inside one of the bricks! Then it happened again, on the next level. And again, on the third. After that it seemed to only happen intermittently, but definitely enough to be frustrating. The controls are, at times, unresponsive, and the game itself suffers from some performance issues, even on a Nexus 6P. I also ran into an issue where the achievement for unlocking a world did not unlock despite my being in that world.

The graphics are ridiculously simple, but grow more vibrant and at times beautiful as you progress through the game. The sound design is also simple, but not nearly in as charming a way as the visuals.

Little Robot Adventure is a fun, frustrating, glitchy adventure with a unique, if simple, style and a frustrating amount of ads. The controls can be a little wonky at times and you will die. A lot. If you intend on owning the game for an extended period of time, do yourself a favor and buy the ad-free version. You’ll be significantly less frustrated.