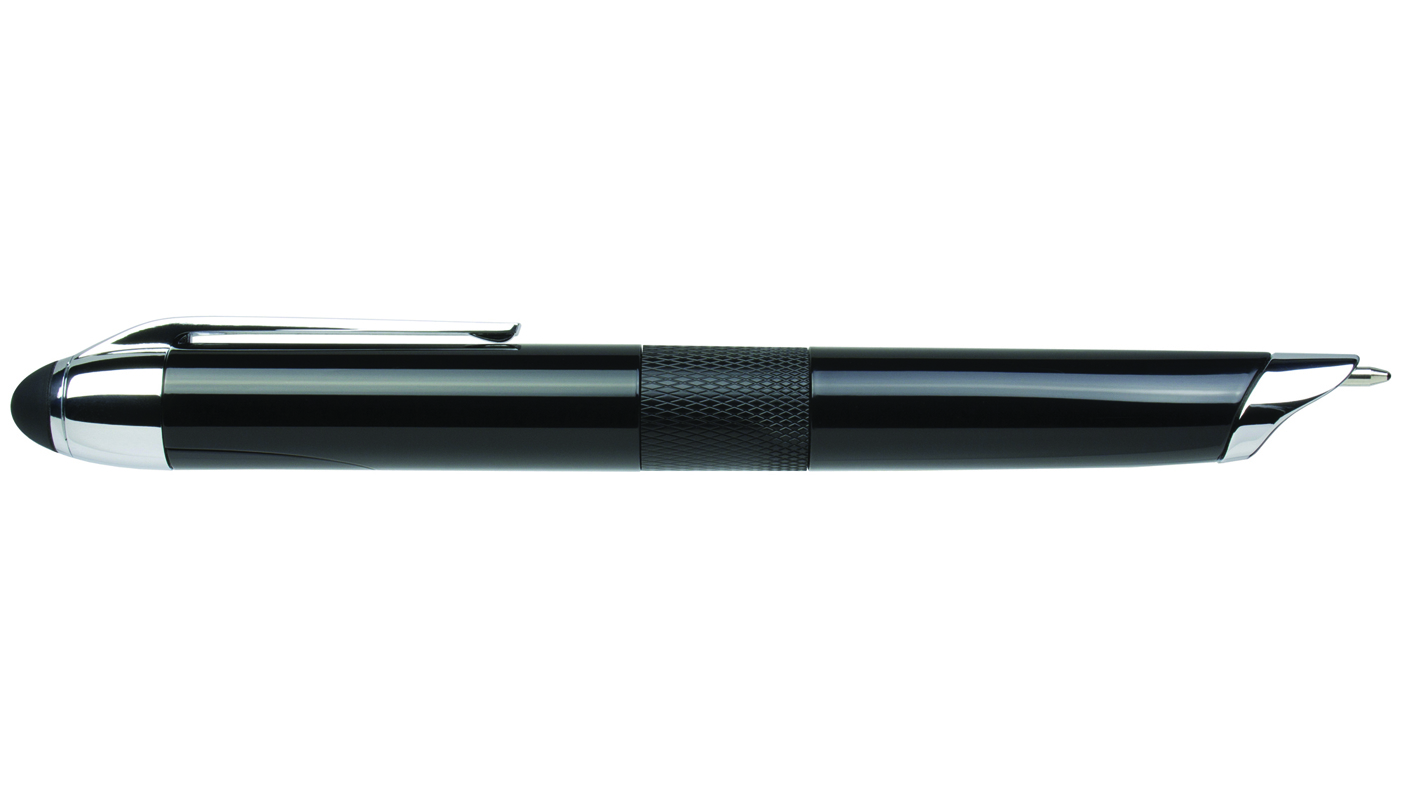 [dropcaps]As a writer, I find myself writing something here, jotting some notes over there, just basically writing on anything that is on hand. Then I have to remember where I jotted my notes down and decide on whether or not I want to make a digital copy of them for my digital archives. I am sure that I am not the only one that goes through those mental excursions (what, I am? Hm…) Well, I had accepted my fate of just having to write everything down and then typing it up when I had time until I got an email from the uber friendly people over at Livescribe. They informed me that their Livescribe 3 software was coming to Android and that it would be released soon. That was all I needed to hear to know that I had to try it out for myself. So, without further adieu, here is my review for the Livescribe 3 digital pen.[/dropcaps]

The Livescribe 3 from initial impressions does not really have much to differentiate it from its not tech-infused siblings. It’s not until further inspections that you are able to see the small changes. Starting from the top, you are greeted with a rubber nub that serves as the contact point for the stylus aspect of the Livescribe 3. It’s a bit bulky, so you won’t be creating the next Mona Lisa anytime soon, but it still functions well if you are just tired of using your hands and want to use something else to input information on your device. The rubber tip also serves as a cap, as the USB port and reset button are located under it. Moving on down, in the middle of the pen, is the rotating button that turns the Livescribe 3 on and off. Move it to the right, it turns on, left, off. It also serves as the switch mechanism that makes the actual ballpoint pen nib retract.

Well, now that we have the design out of the way, let’s get down to the nitty-gritty. To be able to use the Livescribe pen with your Android-powered device, you are going to need to download two apps from the play store. One of them contains the software to connect the pen to the device while the other contains the actual features. Such as the digital notepad. After you have those downloaded, you are ready to get started with using the Livescribe 3 pen.

This is where my only gripe with the Livescribe 3 comes in. Getting it to connect with my Droid Turbo was a hassle. I turned it on by rotating the middle switch and then I opened the Livescribe + app on my smartphone. I followed the onscreen prompts asking if I wanted to pair the Livescribe with my smartphone but whenever I would click on yes, it would just sit there. That went on for about five minutes before it finally connected. After it did, it needed a firmware update that took about 10 to 15 minutes. After the firmware finally updated, the Livescribe disconnected from my device and it took another 5 minutes to reconnect. This was more of a hassle than I was expecting, but I am sure Livescribe will have some future updates that should make this problem disappear. In the meantime though, you should take note that there will be some connectivity issues.

After the Livescribe finally connected with my Turbo, I was good to go. I opened up the app on my smartphone and I was ready to get going. I started writing down some random thoughts on the official Livescribe notepad, which you will need to make the Livescribe work. Text registered almost immediately on the app, and I was surprised just how well it worked. I did not random doodles as well, to see if it would pick them up and it did. After you start writing things down, you can create digital notebook on the app to organize all of your writing.

Minus the issues with software and connectivity, the Livescribe 3 is a neat tool that would be a welcome addition to any writer’s desk. Due to the fact that the main issues with the Livescribe 3 are software propose, so easily fixed with some future updates, you should definitely consider getting one for the sheer pleasure of writing something down and seeing it digitized on your smartphone.