Most mobile devices owners are at least aware of an immensely popular game called Monument Valley. It’s a puzzle platformer; but that’s not what made it a standout. Instead what made it so unique was two main things:

While the art & visuals were just fantastic and almost impossible to find fault with, some people (including yours truly) did see the storyline as being borderline too melancholy, philosophical, and overall deep. I mean, we’re talking about a mobile game here; not a life-changing experience, am I right? It actually became difficult to play it for long periods, as it almost got gloomier the longer you stayed with it. Oh, and it also is a paid game, which can turn some players off to start with.

Perhaps you’re looking for a similar but free gameplay experience. Or you’d like your kiddo to try out this type of game, but not worry about them being lost in all the gloom, an excellent candidate would be Mekorama, by Martin Magni. Let’s take it for a spin to see all there is to see on this great Android game.

I’ve put setup & storyline in the same section of this review because, well, there isn’t much to either. Setup is simply downloading from the Play Store and starting the game. After a tutorial level you are left to go explore on your own.

I’m honestly not sure there really is a storyline here. Per the developer, “Mekorama is a mobile puzzle game where you help a tiny robot stumble home”. That’s it; that’s the premise. A big part of the game’s charm is the tiny robot itself….it’s a cute, almost bumbling little R2D2-esque tin-can droid. You are initially given 50 cards (levels) to conquer, using your sense of your spatial intelligence, deduction, and some neat 3-D perspective command the game offers you.

If you have played or even seen Monument Valley before, then you already have the knowledge on how this game works. The robot stands before you, awaiting your command. You move him around the level by way of tapping a square where you want him/her (it?) to go. Each level has a square with a red dot on it; that’s your target. The problem is that each levels has a unique series of physical obstacles for you to conquer….be it a hole in the trail of squares, a vertical gap, or a Rube Goldberg-type of action puzzle to solve, to get from one place to another.

To see how to best solve each problem, your main on-screen weapon is the ability to spin the screen left and right, flying around the level in a circular fly-by pattern, stopping exactly where you want to, so you can find the secret to solving your conundrum.

Like most platformers, the levels start out simple enough, but graduate in both their variety and complexity to challenge you more and more as you progress. Eventually you end up with both allies and enemies compounding your troubles in further levels.

The gameplay is very relaxed and simple, allowing quick pick-up and put-down, letting you jump back in on a moment’s notice. This is another advantage (in my opinion) over the likes of Monument Valley, large time chunks of each level is dedicated to scripted, drawn-out animations. Mekorama seems to purposely be the antithesis of this….I’ve rarely seen a game that so elegantly lets you go in & out of gameplay at your leisure. And it’s appreciated.

If VR is your thing, there’s also a Dreamcast version available in the Play Store (not free, I’m afraid).

Mekorama is grand in its visual presentation, bringing an extremely clean aesthetic with enough color to capture the eye (and keep kiddos entertained), while not being overly painted-looking. 3-D depth and motion matches the leisurely, pleasing effect of the gameplay, while the animations are intentionally slowed down so as to bring a calming influence. Not trying make it sound sleepy here, but there is just the right amount of pacing that keeps your heart rate at a good, even pace while playing.

For sound, I have a little less to say on it. It stays in the background, for the most part, push a series of rather cartoony music, beeps, boops, and synth throughout gameplay. Which is just fine; as both the visuals and the puzzles are meant to be on center-stage, anyway.

Beyond the 50 developer-supplied cards to play, Martin Magni has a couple of ways to extend your enjoyment of this title. Downloads of additional developer-created cards, and a built-in level builder, allowing fellow players to build their own levels and offer them to everyone else for download.

There are literally thousands of fan-made levels out there for you to download & try…another fun twist on an already pretty fantastic gaming experience.

Mekorama is an excellent mobile title if you are looking for a pleasurable visual experience that will tax your problem-solving skills as much as you’re willing to consume it, then let you set it down until next time. But fair warning: putting it down can be a challenge in itself. 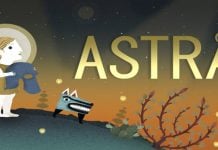