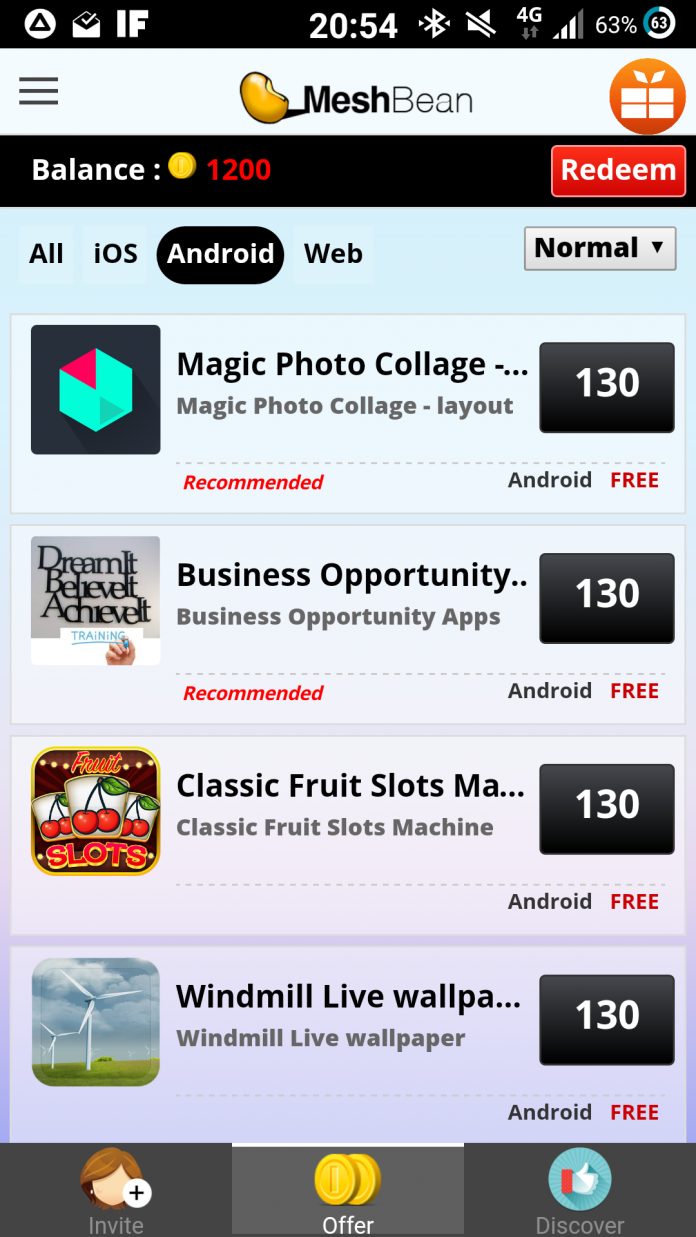 In Android, there are just some apps that are utterly useless but people still install them anyway. One large category of these apps are ones that reward you for doing stupid stuff or give you some kind of reward at one point, such as Lucktastic. This app is called MeshBean, and it rewards you for installing apps that I consider questionable.

After installing MeshBean, it asks you to sign-in using either Google or Facebook. When choosing Google, it makes you go into your browser, sign into Google, and grant it numerous permissions that an app like this shouldn’t really need, including access to your friend’s list. This makes the whole setup slow and seemingly unnecessary. 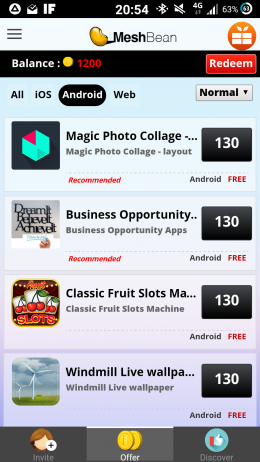 MeshBean is an app that tries to look good with a nice sharp menu and status bar, but fails on one fatal front: its icons and buttons. In the app, they’re easy to read, but all of them seem weirdly fuzzy for no clear reason. The whole app seems like a well-designed web page with bad plugins. In addition to the look, MeshBean is very slow. Scrolling through a list of 10 apps takes 20 seconds, with a bunch of weird pauses for no reason. Opening and closing the menu takes about two tries either way. All of these factors make the UI not very enjoyable for users. 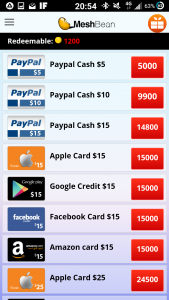 MeshBean is mostly just a large ad for a bunch of different apps. However, some of these apps seem very questionable. The first one I downloaded, Avocado Guy’s World, popped up a warning at first boot saying that the app was going to use device identifiers. This raised multiple red flags. What would a game need with my device information? I quickly uninstalled it.

MeshBean is an app with a great premise, but a very flawed execution. The UI is slow, sometimes to the point of being unresponsive. Along with that, some of the apps and games it advertises are very questionable. I would not recommend this app to any safety-conscious user. Please download only after weighing all of the risks.

Download and install MeshBean from the Google Play Store.