Dashclock Widget creator Roman Nurik is back with a beautiful live wallpaper for your Android phone.

The appropriately named Muzei (or “museum” in Russian) sets a piece of art or custom photo as your phone wallpaper, rotating every night. The default setting adds a slight blur effect to the painting, blending in nicely with whatever you have on your homescreens. If you double tap an empty space on anywhere on your homescreen, it will toggle the blur, turning it back into a full-fledged piece of artwork.

The wallpaper hasn’t even been in the Play Store for more than two days, and it already has upwards of 50,000 installs. Seeing as how it is so popular already, we are going to take a look at just how great it is. 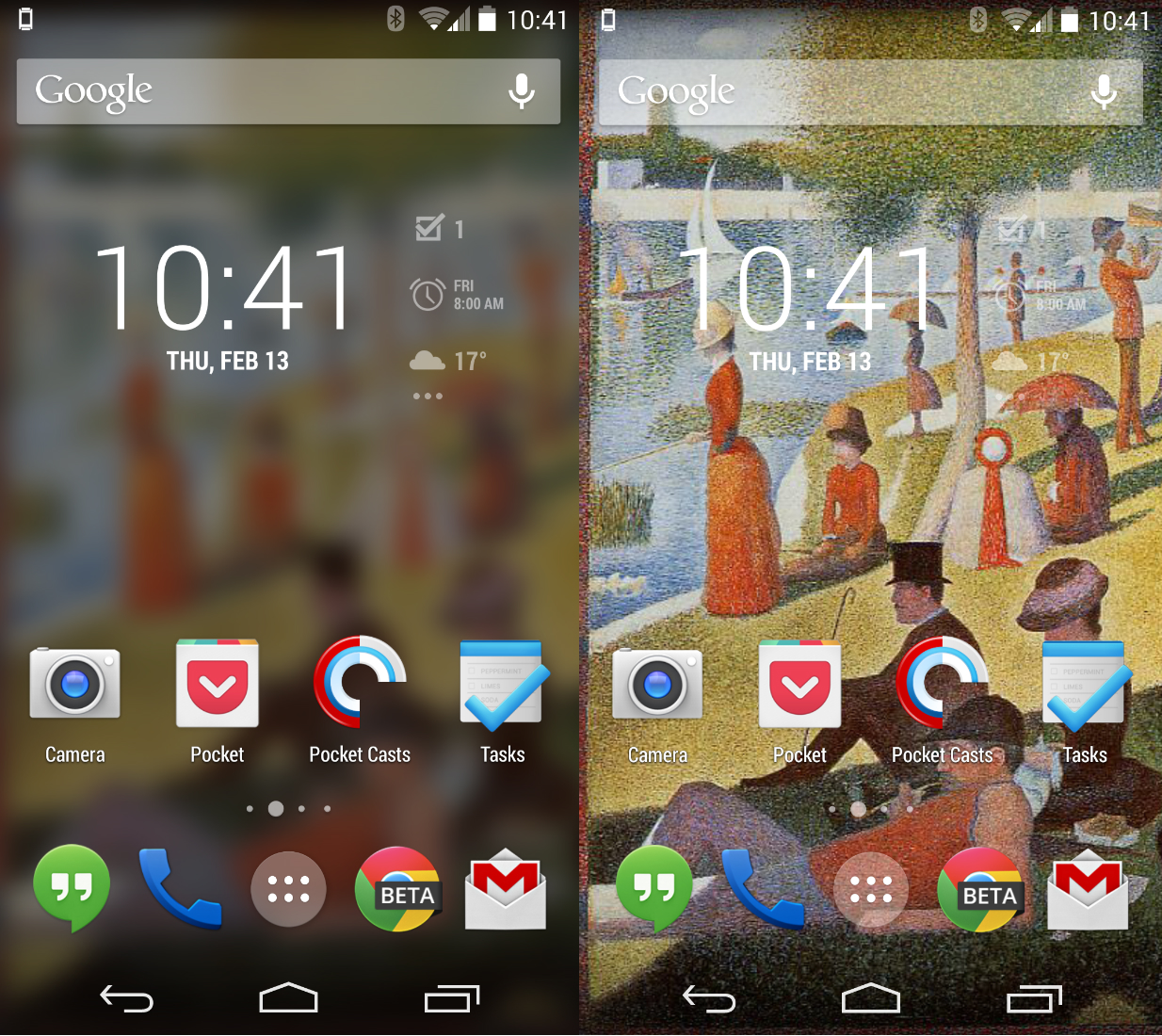 The big feature in this app is the “Featured Art” section. This rotates famous pieces of artwork as your wallpaper, chosen by Nurik and his fiancé. The rotations usually happen at around 9PM ET every night and so far we’ve seen work from Vincent van Gogh and Georges Seurat. There are definitely a lot more to come. 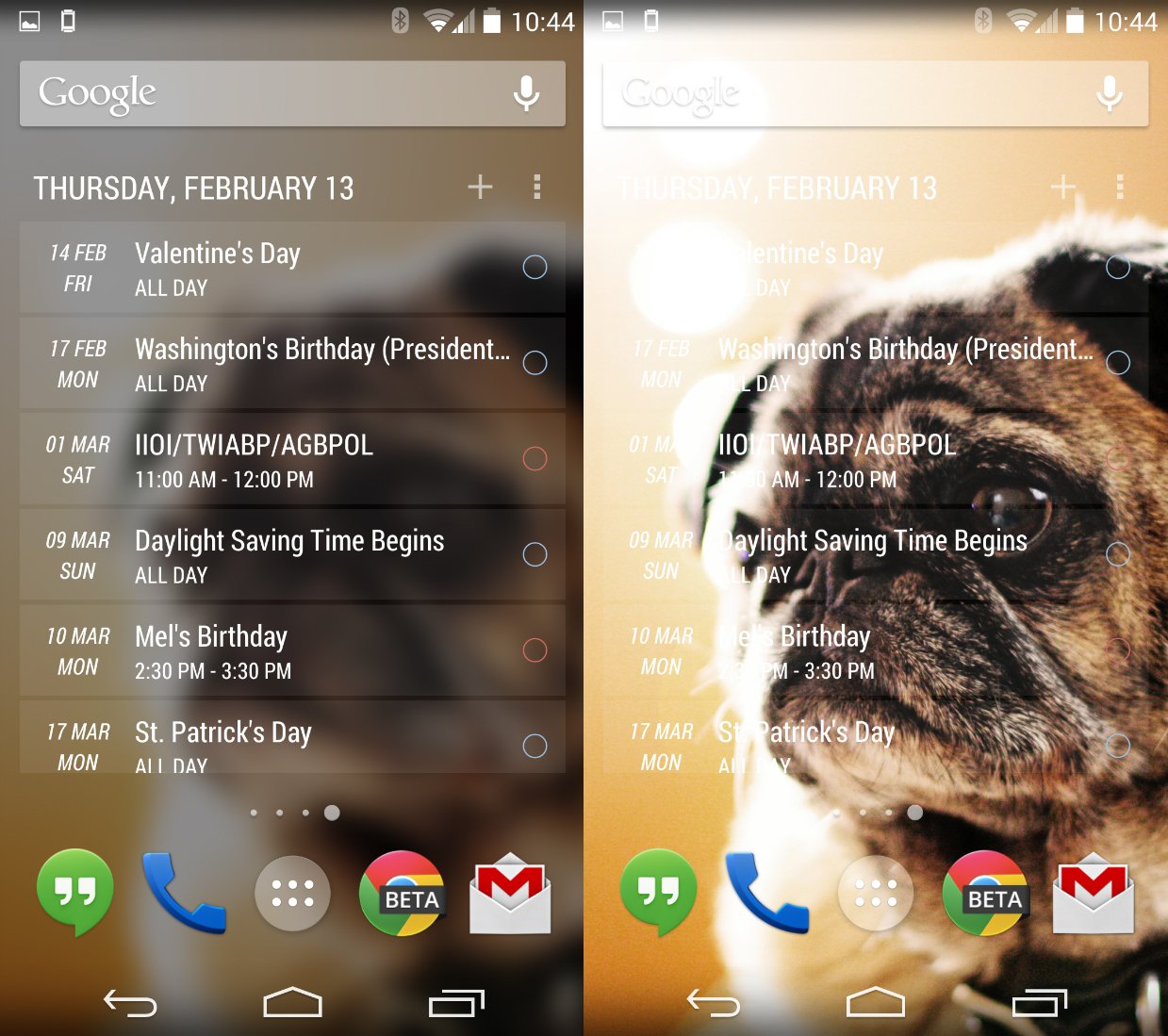 If classic artwork isn’t your thing, you can always choose custom photos to rotate every few hours. You can select entire galleries or just a handful of your favorites.

When I take pictures from my phone, I take a lot at one time. I tend to come back to the gallery and choose the best one, and leave all the others to be forgotten. The custom photo selector is a subtle way to remind you of pictures you once forgot about. Take a look at the original compared to the one with the blur effect. 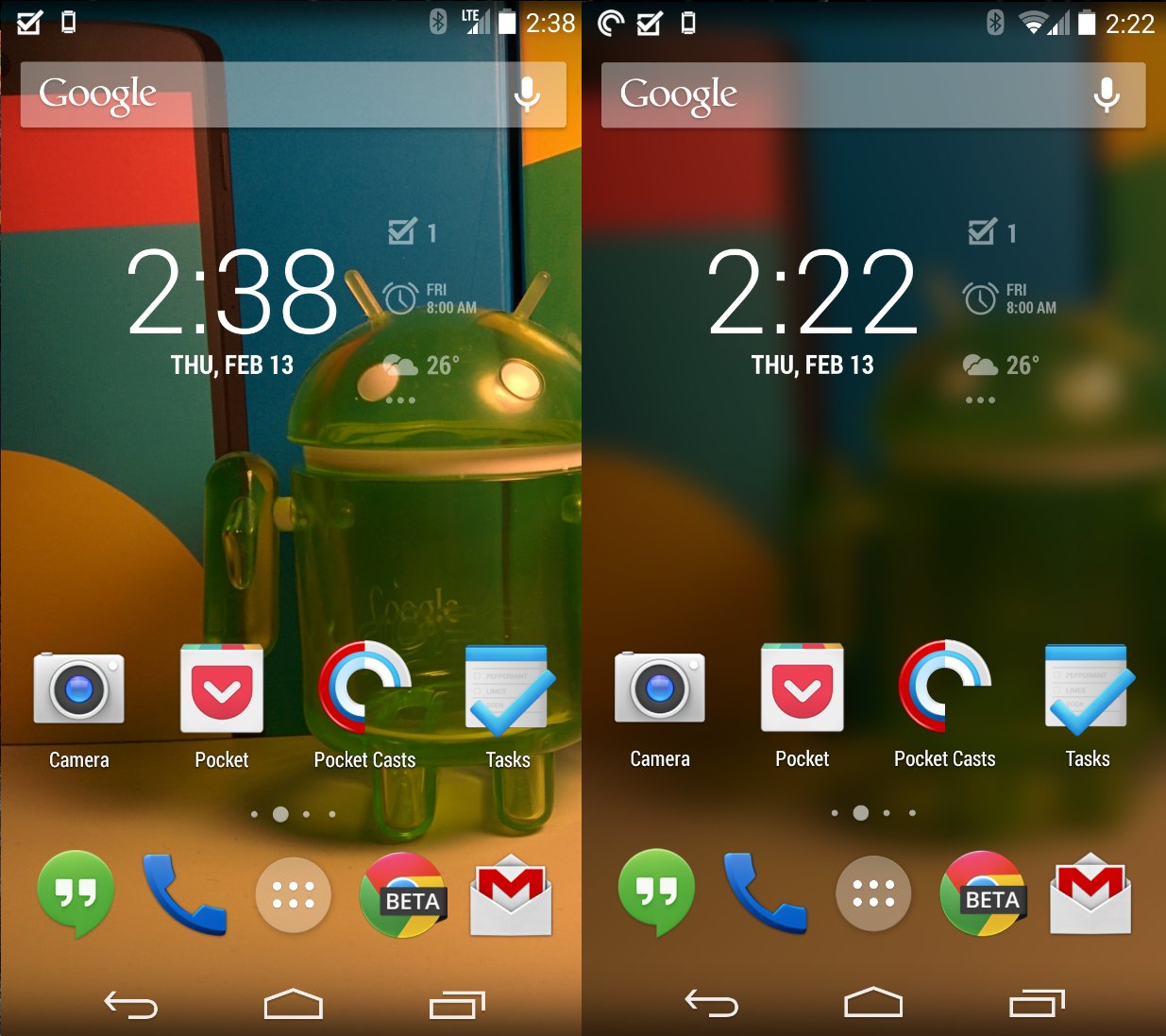 It’s not a very good photo… at all. But with the slight blur effect that Muzei uses, it doesn’t look half bad. I almost want to go as far as saying that bad quality photos aren’t nearly as annoying to keep in your gallery anymore. Try this feature out – you’ll probably love it.

Openness seems to be a common trend in Nurik’s app design philosophy. For anyone who hasn’t yet tried Dashclock, the app comes with a basic set of useful extensions by default. The API is open to other developers, so they can create their own extensions. So far, before hitting the two day mark in the Play Store, Muzei already has countless extensions. 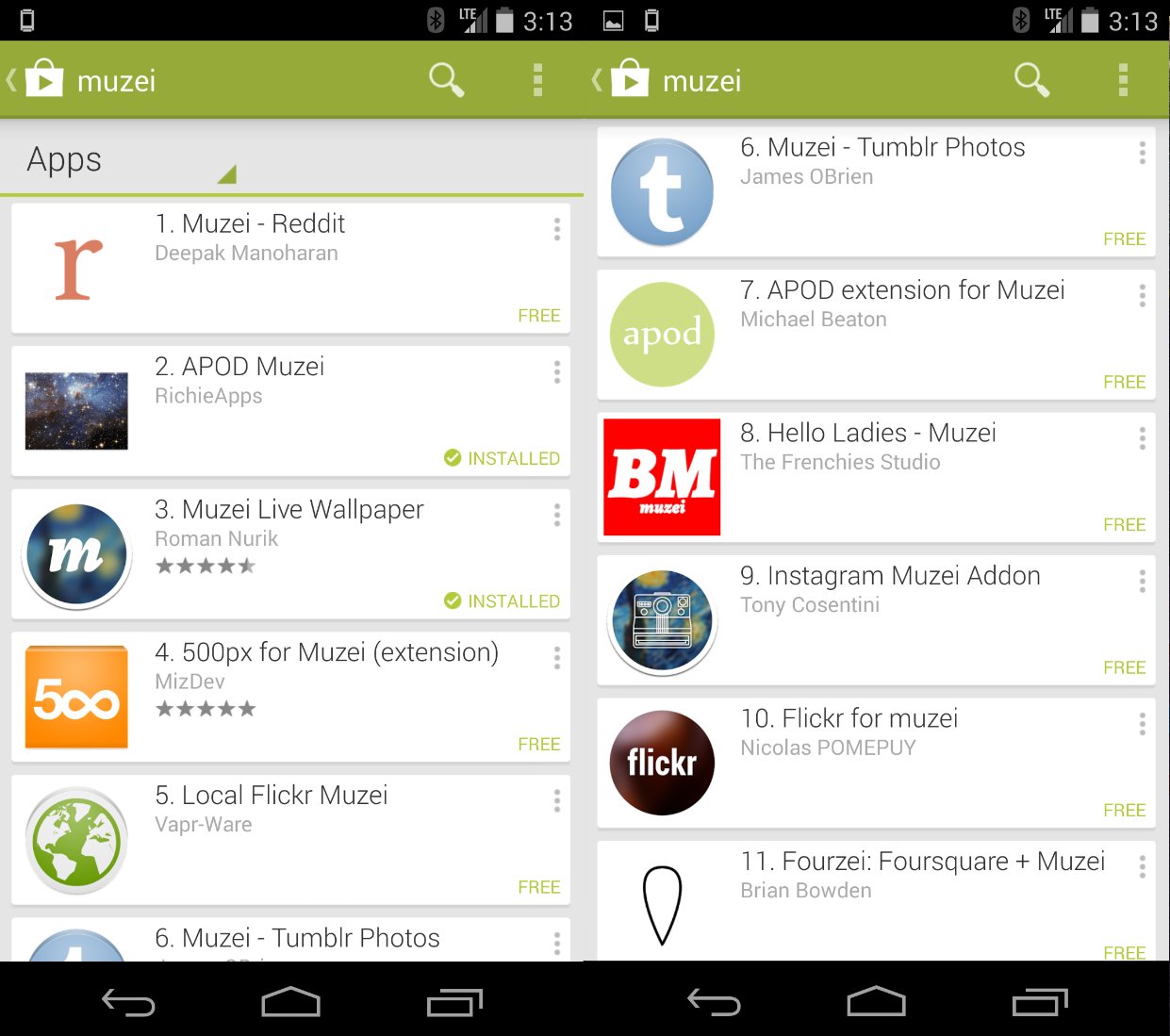 Some of the notable extensions so far are Reddit, APOD, and 500px. Muzei seems to have a bright future already, and let’s hope it’s as popular as Dashclock has grown to be.

This app is new… very new… so we are definitely going to expect some bugs. There have already been a few reported issues, but nothing that would completely turn anybody away from using it. And actually, Nurik has already addressed many of them, pushing out an update to the Play Store. We’ll have to see as time passes, but so far there haven’t been any huge issues.

This is usually the part where we review what we liked and didn’t like about the app. But I’m not going to do that. Muzei is too young to gripe about any substantial bugs, especially because it doesn’t have many at all. This app is gorgeous, and is filled with a huge amount of customization options. It’s still very early in the process to make any suggestions or improvements, but what I do know is this – If you want a beautiful and customizable live wallpaper for your phone, the Muzei Live Wallpaper is for you.