Given its popularity and advertising in recent months, I wound up being assigned to review Game of War, by developer Machine Zone, Inc. I had downloaded it in the past and tried it out. It wasn’t my cup of tea, so I uninstalled it and moved on. This time, I decided I would give it an honest try; I think you already know how that turned out.

With a 2014 advertising budget of $40 million, boasting things like 30-second television commercials, Kate Upton, and even procuring a commercial slot during Super Bowl 49, you would think that the game would be able to live up to the hype. Sadly, no such luck.

War! That is what “Game of War” is all about right? WRONG. I have played this game for a solid week and have not “gone to war” in any capacity. Sure, you can “attack” other towns and monsters but there is no battle mechanic. Who wants to play a game about fighting, and not fight?

Instead of action, we play a game about building our town into the most powerful city possible with tons of guards, resource gathering, and defensive structures. Ok, I can manage that. So this is a mobile civilization builder. Wait, what do you mean I can’t expand? So I can only build in this one place? What is the point?

The game controls are sub-par. For a build-and-wait game, I seem to spend an awful lot of time clicking different buildings and navigating LOTS of menus. This needs to be streamlined in order to make efficient use of the players times. When it comes to freemium games, I’m not going to pay any money to continue playing if the free play I get is cumbersome and time-consuming.

Sadly, the graphics we see in this game are nothing like the video clips or commercials we see about it. The graphics engine looks like it was developed 8 years ago and they decided to never upgrade. The most complex graphic is the animation of characters within the buildings, very reminiscent of the game Pharo (released on PC in 2000). Other animations are both very rare and poor.

As with all the other “free to download” games, Game of War constantly has its hand out for IAP’s, probably to feed that massive AD campaign. I have not spent a penny on this game yet, however, I have noticed there are lots of opportunities to purchase items for your hero, speed up bonuses, and purchase more dark energy (attack stamina).

With all of the money that is put into advertising this game, I would have hoped they had put some of that into hiring more developers and improving the actual gameplay. Save yourself the time and frustration and take a pass on Game of War, no matter how hot that model they hire is. 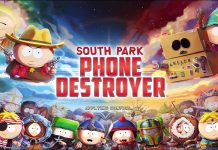 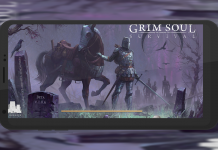 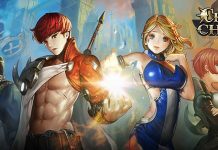