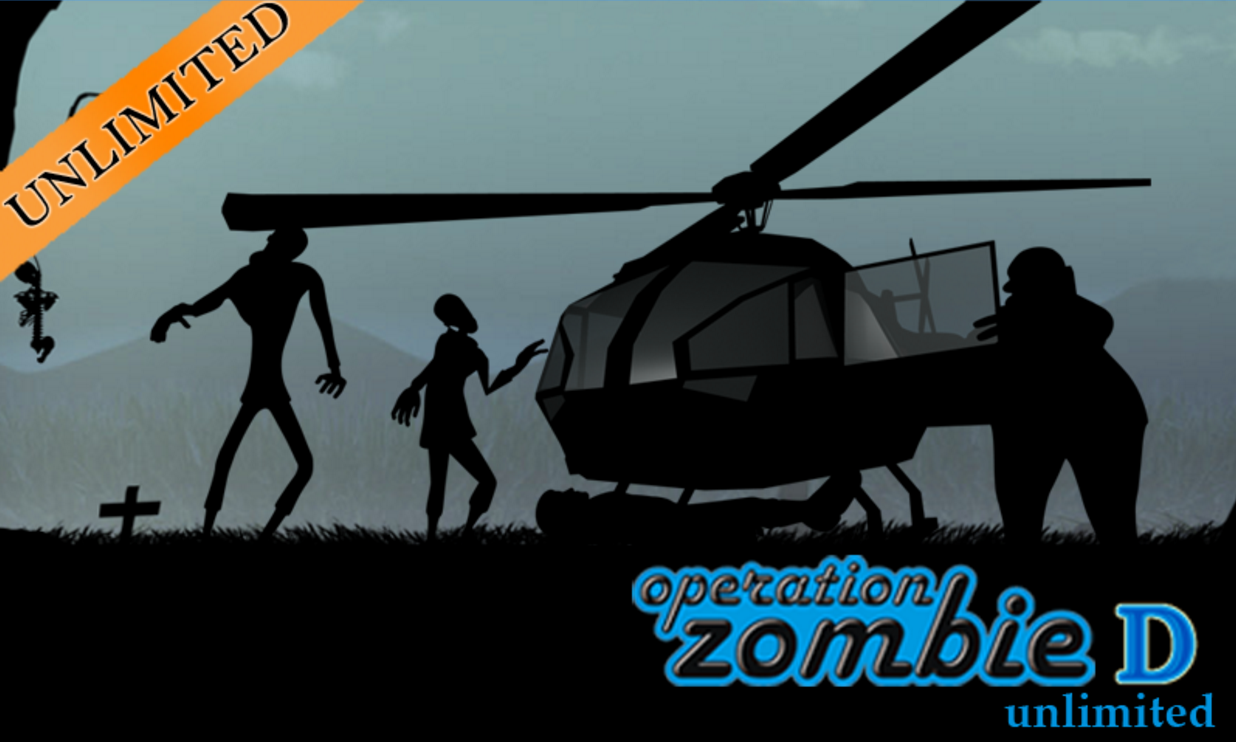 Picture a zombie game. Simple, right? I bet you’re thinking of being armed with several weapons, trying to make your way through a devastated landscape, hacking and blasting your way through a seemingly never-ending horde of un-dead. I also bet your thinking of a very tense game, fraught with edge-of-your-seat suspense and surprise action.

With some (maybe most) zombie games, that’s exactly what you get. With Operation Zombie D Unlimited, by the developer Race and Shoot, you only get part of this package….mostly the shooting untold numbers of zombies. Easy enough: Download from the Play Store. There is no connection to Google Play Games, no other manual set up.  In fact, you don’t even have to hit ‘start’ or any other button. Tapping the app icon automatically launches you into the game, with a big ‘Select Weapon to Start’ message across the center of your display. This is not obvious at first; it looks like an animated start screen, with zombies moving from right to left. But in fact these are the first zombies you will encounter, and the longer you wait to select your weapon (which are always displayed across the top of the screen), the closer these zombies will be to you when you actually get going. 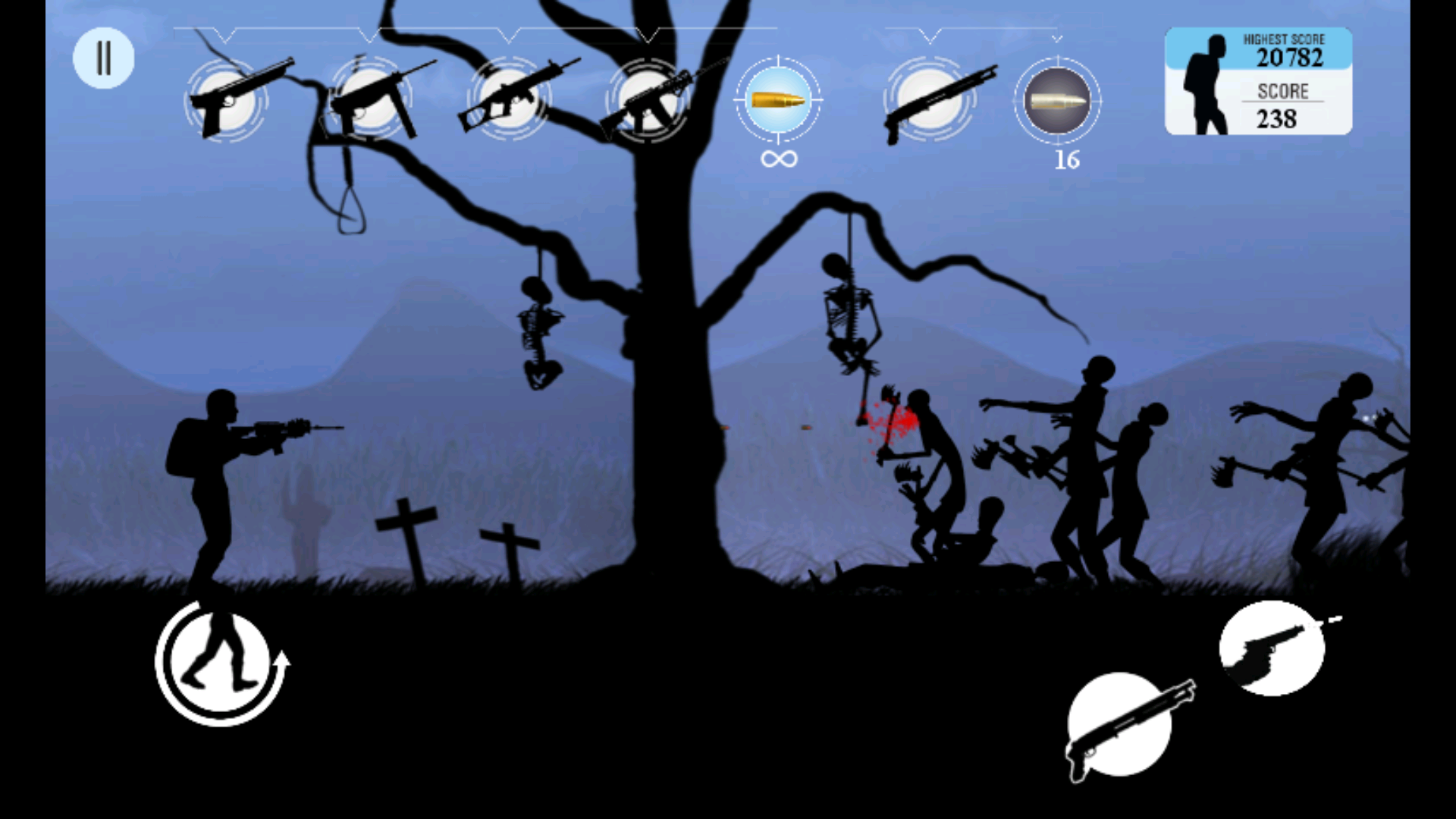 Once you select  your weapon (likely after dying a couple of times first before even starting, by allowing the zombies to cross the screen), you are launched into actual gameplay.You play the lone survivor, and your mission is to side-scroll across the display from left to right.  Points are scored by distance covered; shooting the zombies grants you nothing but living long enough to shoot more.

On the screen you have a ‘move’ button on the left, and a couple of shooting buttons on the right. As mentioned before, across the top are your weapons to select from and an ammo level indicator. There are 5 ‘basic’ weapons, ranging from pistols to machine guns. Each of these comes with unlimited/infinity ammo. The one “premium” weapon is the shotgun.  ou start with 16 shots, but can collect more as you make your way through the game. One ‘shoot’ button is for any of the basic weapons, and the other is strictly for the shotgun. Apparently there are more “special” weapons throughout the game, but I went quite a ways and never did find any.

Here’s where the trouble with the game starts. I quickly found that by choosing the machine gun (the one with the fastest fire rate and unlimited ammo), I can simply hold down the fire button and mow down the oncoming zombies until the screen is cleared. The zombies slowly make their way from right to left, towards your avatar. But by pressing the ‘move’ button, your avatar moves to the right and the zombies slow their progress, until you release the button; they then continue their advance.

So getting through this game is simply a matter of:

At no point did I need the “special” weapon of the shotgun or any other one that is supposedly available. At multiple points along my trek there are spinning ammo symbols that, when collected, give you 10 more shotgun shells. By the time I quit the game I had almost 200 shells and never did use them. Even when harder-to-kill zombies (I’m calling them “fat alberts”) announced their advance with an off-screen growl, I didn’t need to alter my shoot-then-move-then-shoot again strategy.

After 20 minutes, I honestly grew bored. The gameplay never changed. Re-read the last couple of paragraphs and you’ve played this game.  While I do believe that is the intent of this game: something very easy to pick up and blast zombies with, the result is simply monotonous.

One more time: re-read the last couple of paragraphs, and you’ve played this game. While it does have kind of a cool silhouette-only graphic set, there really is no challenge once you ascertain this pattern.