Just a couple months ago we took a look at the BLU VIVO 8, which garnered our praise for performing so well at such an affordable price. BLU has been in the budget smartphone game for quite some time now and it definitely shows. Coupled with the fact that you can readily pick one up at Amazon or even in Best Buy stores, its phones are of our top recommendations if you prefer more humble Android smartphone offerings.

If you still found the $299 price of the VIVO 8 a bit much, BLU is throwing another option now into the mix. The company sent us its newly launched little brother, the VIVO 8L. Let’s see if it can maintain the same bang-for-the-buck awesomeness. 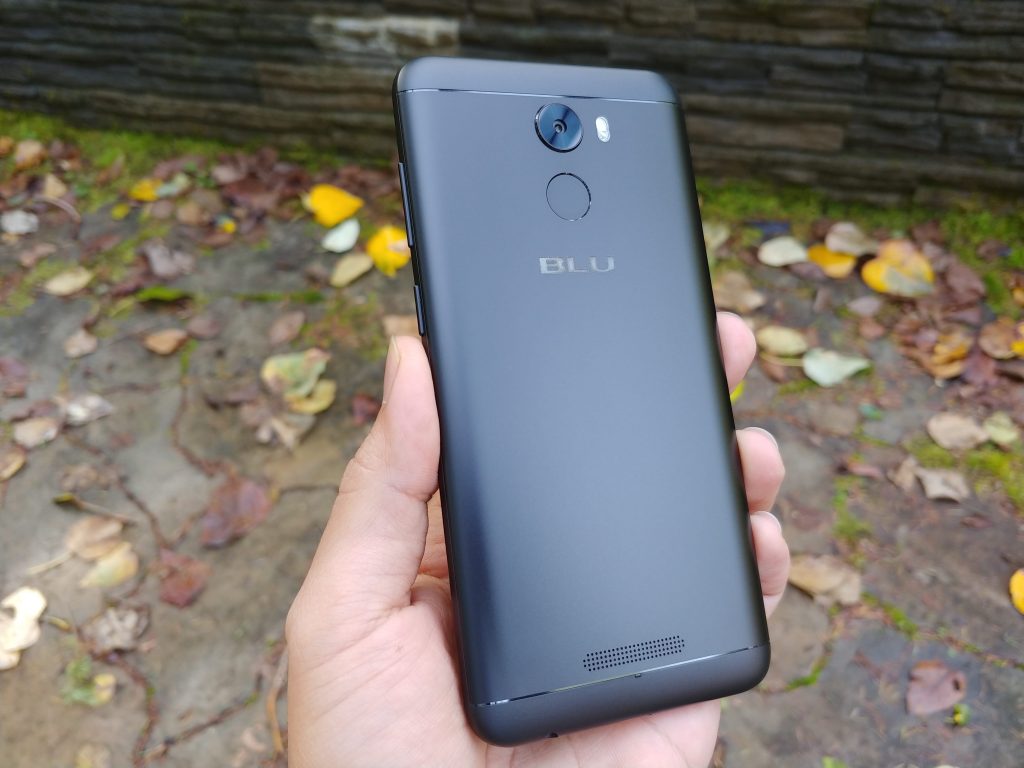 It’s immediately apparent that the VIVO 8L is a sibling of the 8. This cheaper variant fortunately maintains the metal uni-body casing that the original had. In-hand, you get that cold metal feeling along with a smooth, premium finish. It catches some fingerprints, but our dark gray (almost black) model hides them well.

An unexpected change happened with the fingerprint scanner. BLU moved it from the front to the back, like many manufacturers today are opting for. It’s circular and is placed right under the rear camera. The finish on the sensor matches exactly with the metal surrounding, but your finger can easily find it due to being slightly recessed. In our opinion, the phone looks much cleaner with this change. The front still has capacitive navigation buttons, but with Google’s icons for Recent Apps, Home, and Back. 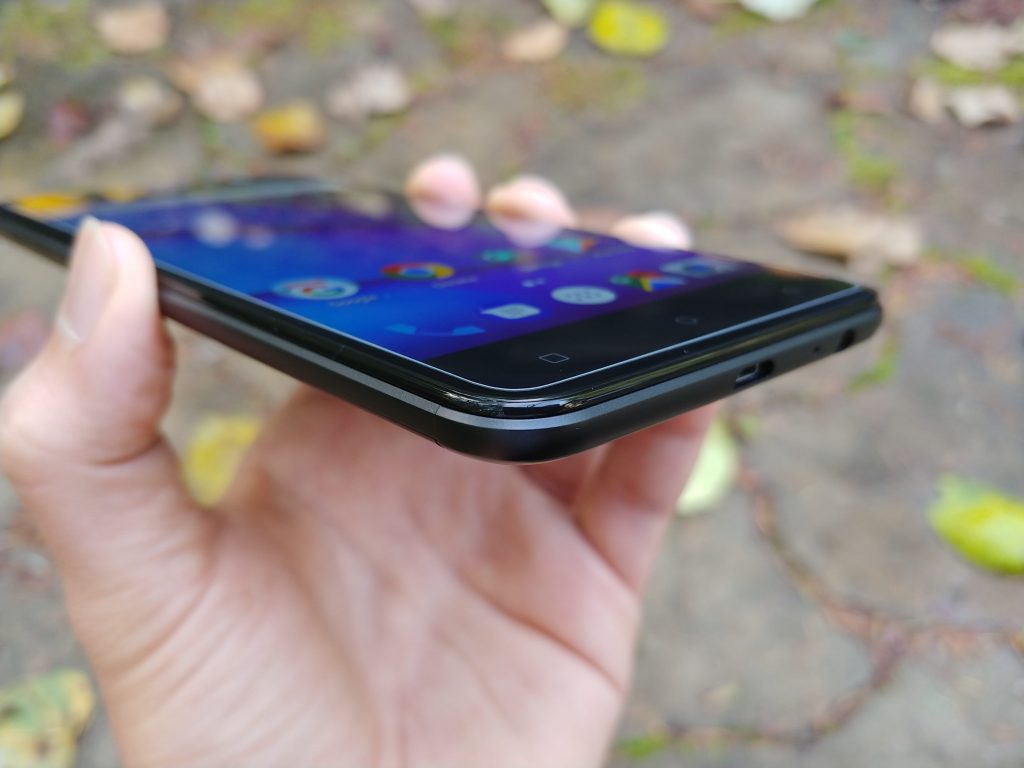 It’s nice that BLU pre-installs a screen protector on the display. Particularly on this phone, its curved glass design leaves the screen exposed and vulnerable. You won’t want to set it face down without a screen protector, even with its Gorilla Glass 3 protection. It sure does look pretty though!

Like on the VIVO 8 (and most budget phones), the 8L is powered by a MediaTek chipset. It has a slightly down-clocked version of MediaTek’s 67XX series – a 1.3GHz MT6753 versus the 2.0GHz MT6755 chipset on the VIVO 8. But it’s still an octa-core processor with 64-bit support. RAM is also slightly knocked at still a capable 3GB.

As imagined, these minimal changes do end up being little consequence in real-world use. Navigation throughout the VIVO 8L is as responsive as we would want. We weren’t at all left wishing for more horsepower. Sure, it’s not going to quite fly like top-end Android flagships, but it’s really not far off. Probably the most crucial downgrade was the drop from 64GB to 32GB of internal storage. But fortunately, microSD expansion is still supported (up to 64GB).

One of the best things is that the battery capacity was barely touched from the VIVO 8 – reduced only by 10mAh. Coupled with the VIVO 8L’s reduced power components, we achieved some worthy battery life stats. The 8L can easily last through a day, and consistently for two days with moderate use. Battery life is probably the biggest win of the VIVO 8L. 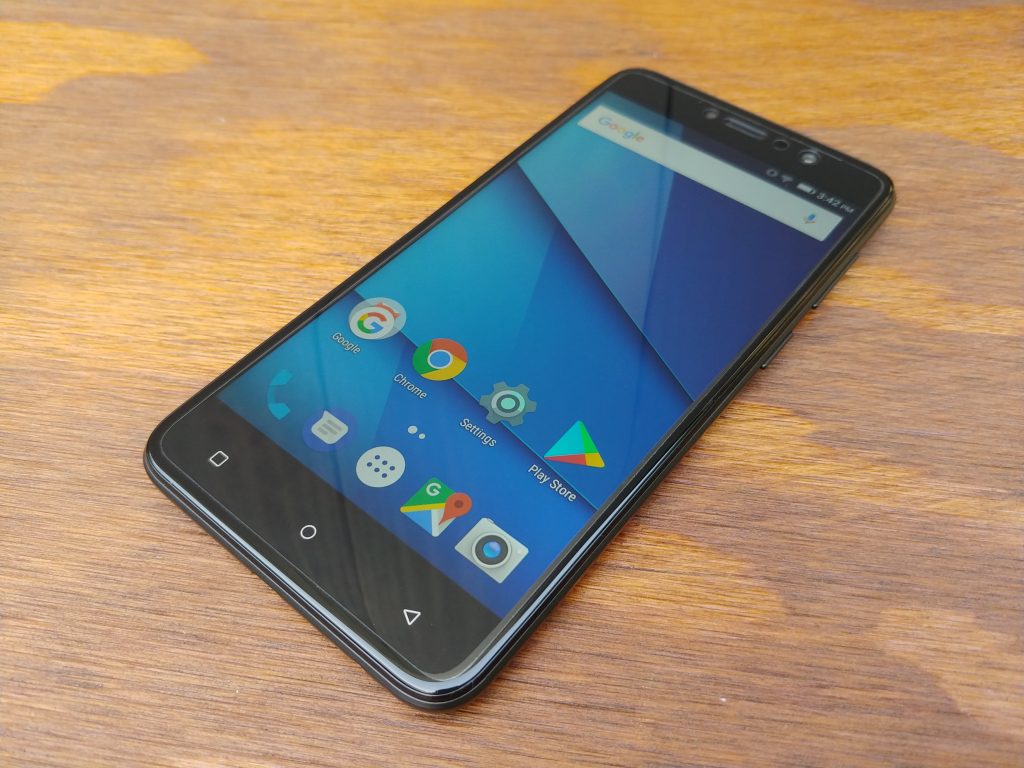 The screen size of the VIVO 8L gets a slight drop to 5.3″. The resolution is also knocked to 720P, but the impact from the VIVO 8 is minimal due to the size reduction. No, this is not going to come close to the sharpness of top-end Androids, but it’s no way a fuzzy mess. The screen setup is decent and certainly gets the job done.

This is an IPS LCD panel, so you won’t get the color pop and clear viewing angles that OLED panels provide. That said, the image quality is preserved at even extreme viewing angles, with only a slight brightness shift. The best thing about this panel is that it gets notably bright. Around 50% brightness was plenty for us in most situations, and outdoor visibility in sunshine is respectable. 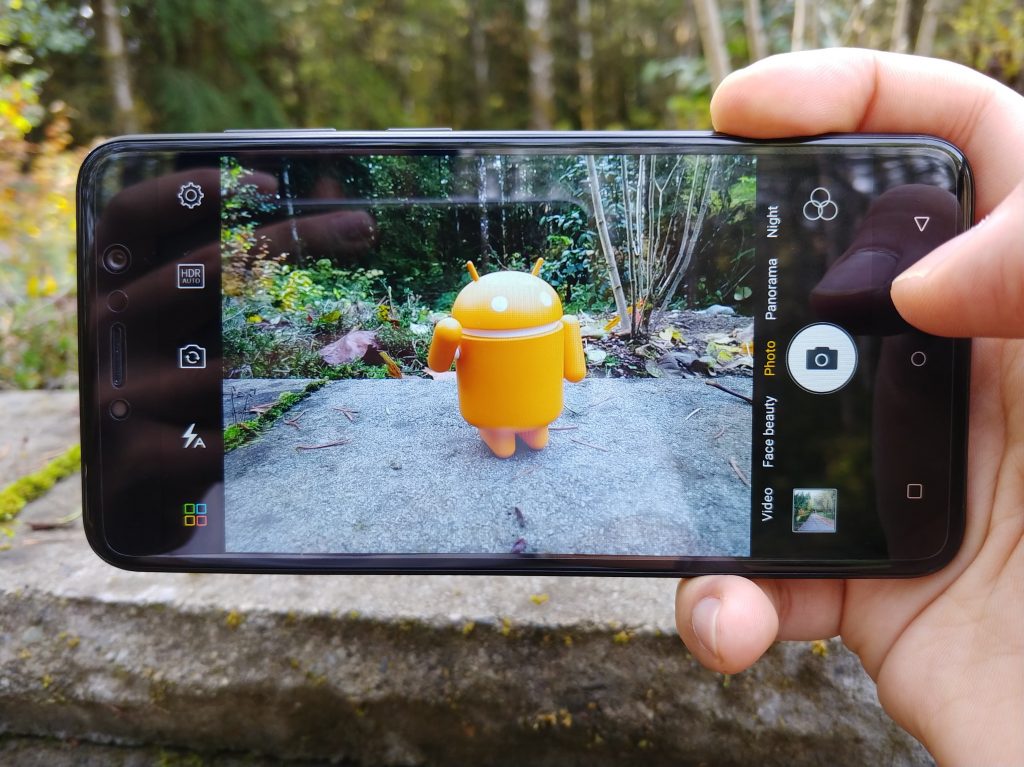 The VIVO 8L manages to retain the same primary camera as its bigger brother – the 13MP Sony IMX258 sensor. We found this camera to perform decently in our VIVO 8 review, but nothing to necessarily write home about. It’s important to know that it lacks optically image stabilization that is now common in higher-end phones. Its f/2.0 lens aperture is respectable, and Auto HDR is on-board to help with those tricky lightning situations.

Check out some of our camera samples:

In well-lit situations, the quality of our shots very good for this price range. Detail from the 16MP capture can be clearly seen from macro to landscape shots. Indoors in lower light, things can quickly become noisy, as well as over-highlighting or over-darkening in higher dynamic range situations – things expected for a mid-range smartphone camera (considering the VIVO 8L is priced more towards the low-end).

We must mention that BLU upgraded the front camera. We thought a 16MP capture resolution was already considerable on the VIVO 8; now there’s a whopping 20MP selfie shooter there. Yes, you heard that right. The front camera has 7MP more than the main camera. Apparently BLU is really serious about selfies. And that spec sure does translate to great image quality. Even high-end Androids (with their measly 5MP or 8MP cameras) won’t compare in regard to detail captured.

BLU nicely stays up to date with Android’s on-goings. On the VIVO 8L, we’re looking at Android 7.0 (Nougat) build. We like that BLU’s software tweaks aren’t heavy. The UI still largely looks like stock Android. The Recent Apps carousel and app drawer, for instance, look pure. The split-screen multitasking function also works like it does on stock. There is some app bloat pre-installed, but we like that BLU uses Google apps were applicable.

However, the UI changes that BLU did make are almost all questionable. One of our biggest gripes was with the notification drop-down. The Quick Settings menu seems to be completely removed. We made a bunch of attempts to try to get it to display and failed. There’s absolutely no reason to do this. So every time we simply want to adjust the brightness, we need to dig into the Settings menu. And speaking of which, BLU’s custom Settings menu layout is a mess. Why not just keep things the way they are in stock Android, especially when it adds no value to change it? We also don’t know why Nougat’s up/down swipe in the Home screen to access the app drawer was reverted back to a button.

Not all the tweaks are bad though. BLU’s addition of some useful gestures is generous, such as double tap to wake and or the ability to draw a pattern on the screen while it’s off to activate a function. Also, there’s an extra tab in the Settings called “Features” that provide shortcuts to the phone’s useful abilities. One of these is the two-tier power saving modes.

To sum it up, the BLU VIVO 8L certainly does maintain the line’s bang-for-the-buck superiority. It even improves on it a couple ways, with slightly better battery life results and an upgraded front camera. Our only gripes considering the low price of this phone is the unnecessary software tweaks to the Android OS, though it’s not severe. We can easily recommend the VIVO 8L at a retail of $200.

And for its launch, BLU is for limited time knocking $50 off when purchasing from Amazon. The VIVO 8L is no doubt a bargain at $150.