We live in a wonderful era of smartphones. Rarely do we have to spend much more than a few hundred dollars to find something that satisfies the needs of the masses. Sure, there’s always going to be selection in that $500-$800 space, but we don’t necessarily have to shop from that rack. And, thanks to the slowly dying long-term contract, we’re now more free than ever to consider options.

Whereas one year ago we would have been cautious about spending less than $200 for an unlocked smartphone, that’s not really the case in mid-2016. Indeed, there are plenty of options to choose from in that range, with some diving into double digits. The Blu R1 HD, for instance is only $99 through Amazon, and costs half of that if you are an Amazon Prime customer. Suffice it to say, a phone that costs $100 or less isn’t for everyone. The specs are often 2-3 generations behind what you’ll get from the current crop. But, just like we find in computers, not everyone wants to buy a high dollar replacement or upgrade.

Unlike PCs, sometimes we drop our phone and need an inexpensive model to tie us over until we’re ready for a new flagship. Heck, a lot of people only want to spend the least amount of money possible in order to get on Facebook or play Pokemon Go. That’s where the $75-$100 phones come into play. This is where you find a phone like the Bluboo Maya.

Powered by Android 6.0 Marshmallow, the Bluboo Maya is a perfect example of what we might term a band-aid phone. It other words, it’s enough to help fill a void left behind when you lose your current model or dunk it in the pool. It’s also enough to help someone get their feet wet in the world of smartphones. The Bluboo Maya is an unlocked phone, which means you’ll be able to use with with a variety of GSM carriers in the United States. Not only that, but there’s a spot for two SIM cards. But, you’ll want to look closely as it’s not a 4G LTE smartphone; data speeds could be less than desirable. If you don’t care about streaming video or doing much multimedia, you might just fine with the 3G connection.

Bluboo is a Chinese phone maker whose offerings come in with a lower price tag than that of our typical US competitors. Similar to Blu, Nuu Mobile, and LeEco, you’ll find pretty reasonable bang for the buck. Moreover, you won’t be tied to a carrier or have to jump through any strange hoops. But, that doesn’t mean there are not compromises.

Upon taking the Bluboo Maya out of the box we recognized almost immediately that this wasn’t going to compete with our current daily driver. Not that there was anything wrong with it, but the general feel and design of it gave us a sense of “budget”.

The screen was quick to pick up fingerprints and oils, something we battled with every day. The rear features a plastic, removable battery cover which reminded us of early generation Samsung Galaxy S models. Really, the phone reminded us an awful lot of the Blu Vivo XL, a phone we reviewed earlier this year. 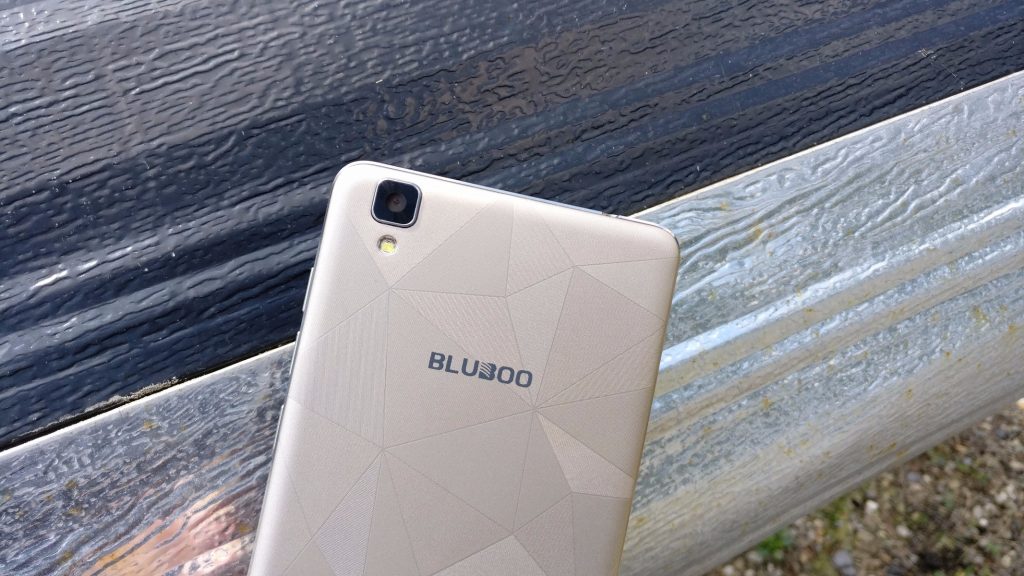 Nothing in the design was extraordinary, but we didn’t expect that with this price tag. The volume rocker and power buttons are found on the right side of the display while the headphone jack is up top and justified to the left. Down below is the microUSB charging port, flanked by a pair of speaker grilles.

With a pixel resolution of 1280×720, the Maya gives users an HD experience. No, it’s not the 1080p stuff you’ll find in those which run just a little more, but it’s decent. At 5.5-inches, though, we would have liked to see a higher image quality.

Keeping price in mind, however, it’s enough to get the job done. Text renders fine and pictures aren’t bad. We tend to say this a lot, but you don’t really notice shortcomings until you’ve spent time with something else to compare it with. 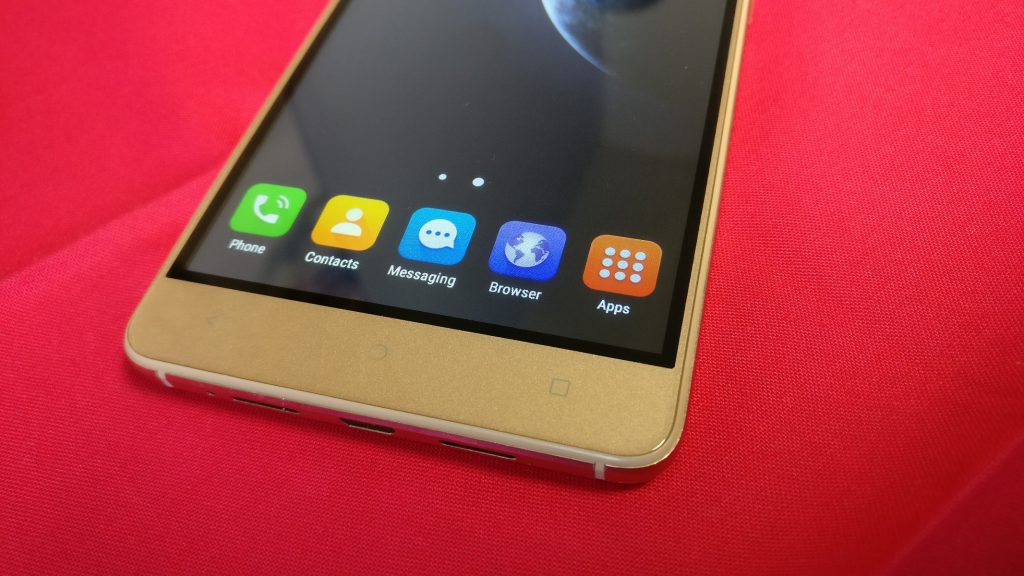 After years of handling flagships and high-end phones, we’ve come to appreciate finer details. But, handing this off to someone who only uses a smartphone to make calls and read emails, they “don’t see anything wrong it at all”. When we randomly asked friends and family for a quick reaction, the replies were largely positive and found no issues with quality.

When looking at the phone from various angles we found the picture to be washed out somewhat. It was almost as if there was a very thin, nearly transparent sheer material placed over the display. Text was perfectly legible and everything was balanced, but the picture simply appeared faded as compared to straight on.

We found that the 13-megapixel camera took perfectly usable photos, especially for sharing on social media. The shutter speed was much slower than we would have liked, but the end results were decent enough. Switching to HDR really slows the picture taking process down, but, if you don’t need to worry about the time, feel free to enjoy it. 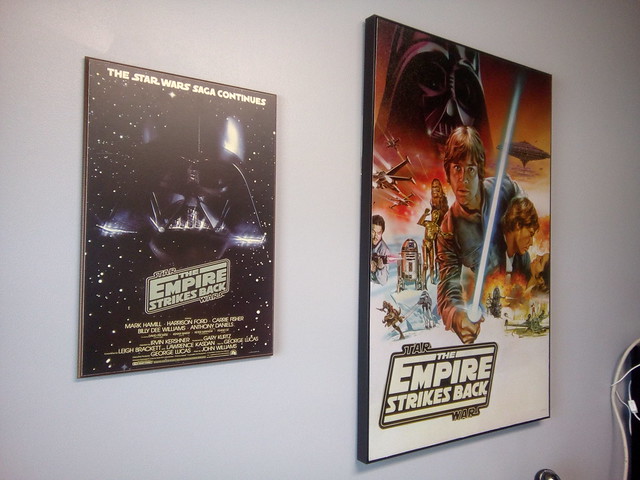 There are a number of camera modes installed in the app, each of which speaks to a different user. Like to take a bunch of selfies? You’ll probably enjoy the “peace sign” option which takes photos when you throw up deuces. Aside from your standard pics, the phone lets you snap panoramic shots as well as manual editing and tweaking for more pro images. Perhaps a testament to its target demographic or homeland user base, there’s a lot of vanity stuff at play in the Maya. Once you’ve taken a photo you can go back in and edit all sorts of things, including makeup (eyes, lips, cheeks, etc), breast enhancement, jawline trimming, and teeth whitening.

There are considerably better cameras available on the market but when you are spending less than $100 you can’t be mad at this one. You might not necessarily use all of the weird software stuff; however, a replacement app is all it takes to feel “normal” again.

The Maya runs a really stripped down version of Android, but it’s not quite “stock”. Outside of the Google Play Store, though, there’s nothing else here that’s Google. You’ll have to resort to installing Gmail, YouTube, Calendar, Chrome, Drive, and anything else you might have become accustomed to using.

On the other hand, if you’re brand new to smartphones, there are apps to get you rolling. Present out of the box are app such as FM Radio, Music, Messaging, Email, Camera, Calendar, Calculator, SIM Toolkit, and more. We’re big proponents of Google apps and recommend those as soon as possible. 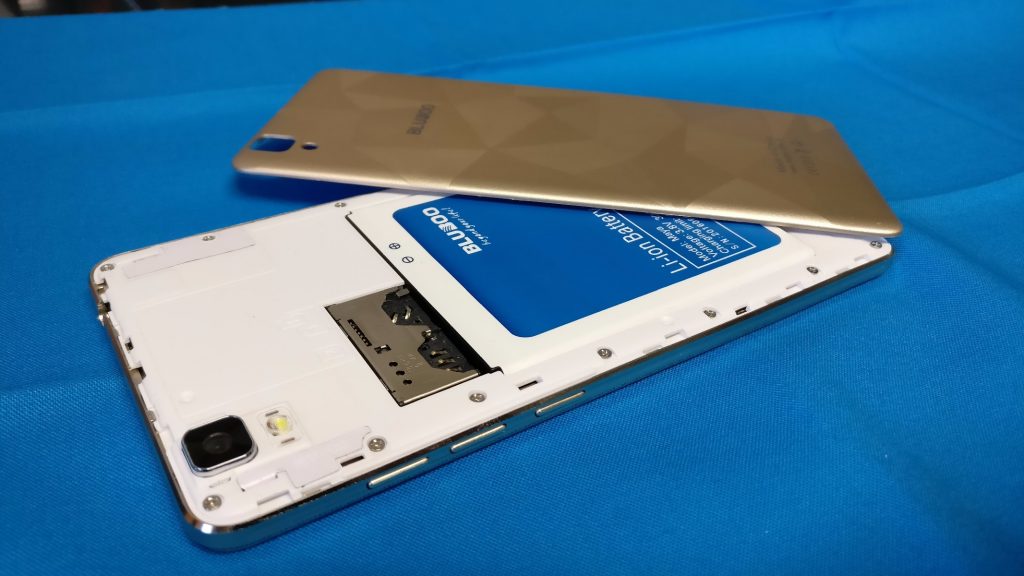 The icons and general interface reminds us of the older iPhone UI in that they are colorful gradients. First time smartphone adopters might be cool with it, but those of you replacing an existing model could grow restless. We’ve said it before and we’ll continue to do it, but there’s nothing like installing your own custom launcher. As much as we try to put up with the default stuff here, we were only too happy to install Nova. A quick import of a preset layout and we’re back in business.

As a daily driver, the Bluboo Maya gets the job done. That is, if your day-to-day requirements are minimal and don’t revolve around heavy multi-tasking. The quad-core 1.3GHz CPU and 2GB RAM aren’t designed with today’s top games in mind. But, your aunt and uncle who just want to get on Facebook, take a few calls, and reply to messages… they’ll be happy.

Installing a few work applications and utilities and relying on the phone for general business duties, the Maya performed as expected. Hopping in and out of apps was sometimes a little slower than we’d like, but closing down some of the more demanding apps brought the snap back. You’ll want to get yourself into an octa-core processor with 2GB or 3GB of RAM if you plan to push your phone or hold onto it for the long term. As an interim device or something to get your feet wet, the Bluboo Maya is perfectly acceptable.

Battery life is pretty good thanks to the removable 3000mAh unit and Android 6.0 enhancements. Were this an internal battery we might not have been so keen on it. There’s no Quick Charge option so we’re at a wall longer than normal. But, on the plus side, at least we can purchase additional batteries to have on standby.

Sound is par for the course and falls right in line with the other features. Nothing here is going to overwhelm you, but it’s not bad. We’ve never been big on playing music on phones for extended periods of time and that’s definitely the case here. There’s not a lot of range in the speakers, but they are clear and crisp. YouTube videos, Facebook clips, and other general media work nicely on the Maya as do podcasts and audiobooks. Want to listen to a full album or playlist? You’ll want to plug in headphones or pair to a Bluetooth speaker.

As easy as it is to point out shortcomings or quibbles about the Bluboo Maya, we have to keep the sub-$100 price tag in mind. But, even with that factored in, you’re still in an increasingly competitive space. As the US market finally acclimates to unlocked phones we find there are new brands and models worth considering.

We like the Maya, but we don’t exactly love it. Call us elitist or snobbish, but we prefer phones with more premium materials. Fingerprint readers aren’t really a “must-have” feature, but we’ve come to appreciate them for security purposes. Would we have liked to see one here? You bet. But, we’re cool with not having one, too. It might have actually been odd to see that newer tech among the otherwise aging hardware. If there’s one thing we didn’t enjoy, it’s the 3G connectivity. We do too much with our phones to be content with the slower data speeds. But, what about you? That’s a question you’ll have to answer yourself. Spend a lot of time connected to WiFi? This topic is likely a non-starter. Replacing a device that you’ve come to use for YouTube and Netflix? Head in another direction.

For roughly $90 it’s hard for us not to recommend you consider the Bluboo Maya. Keep the data aspect in mind, though. A younger, more savvy and demanding user could grow anxious or irritated. On the flip side, there’s no reason for some you to plunk down hundreds of dollars to replace your two-year-old phone. The rub, though, is whether that person knows enough about getting the apps and experience they like.

The preset Maya experience takes some getting used to and the seasoned vet knows where to go. Your casual, older demographic might need some hand-holding in getting things just right. If you’re planning to get an elder family member something to go with an MVNO, this one is a good option.

Bluboo S8 rumored to launch as first 18:9 flagship with a MediaTek CPU