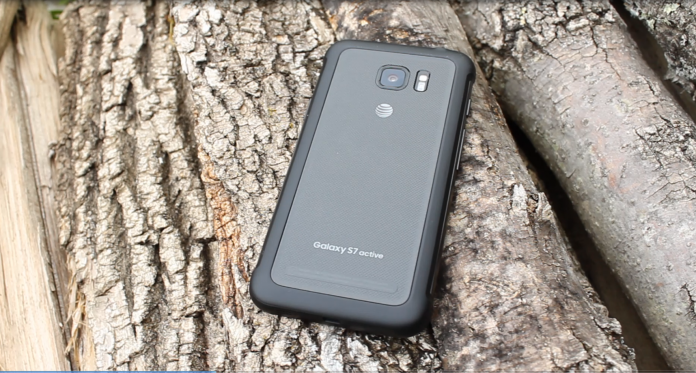 Exclusive phones suck. Period. More people need access to a phone like the Galaxy S7 Active, which is currently locked down to just AT&T users like myself. After using the Galaxy S7 Active for a couple weeks, one thing has become clear to me. This phone is the best Android phone… wait, the best phone in general in four out of the five categories I am judging it on.

This phone isn’t aiming to be in the hands of today’s designers or fashion experts, so don’t expect this device to blow you away with how good it looks. Grab a Galaxy S7 Edge if you’re going for a stunner. What Samsung sought out to do with this phone is build a tank of a device that will withstand anything. And they succeeded. 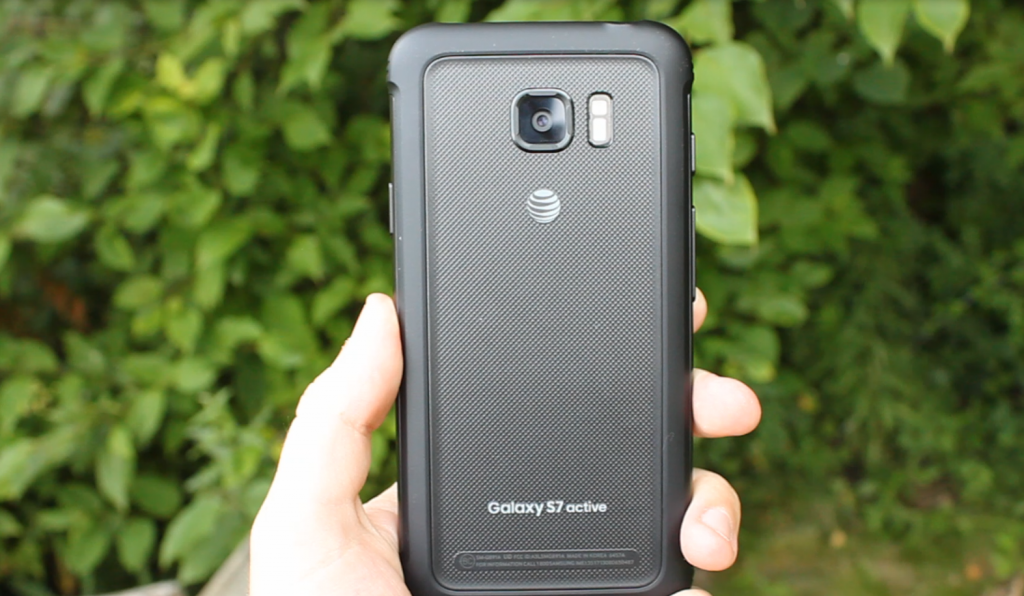 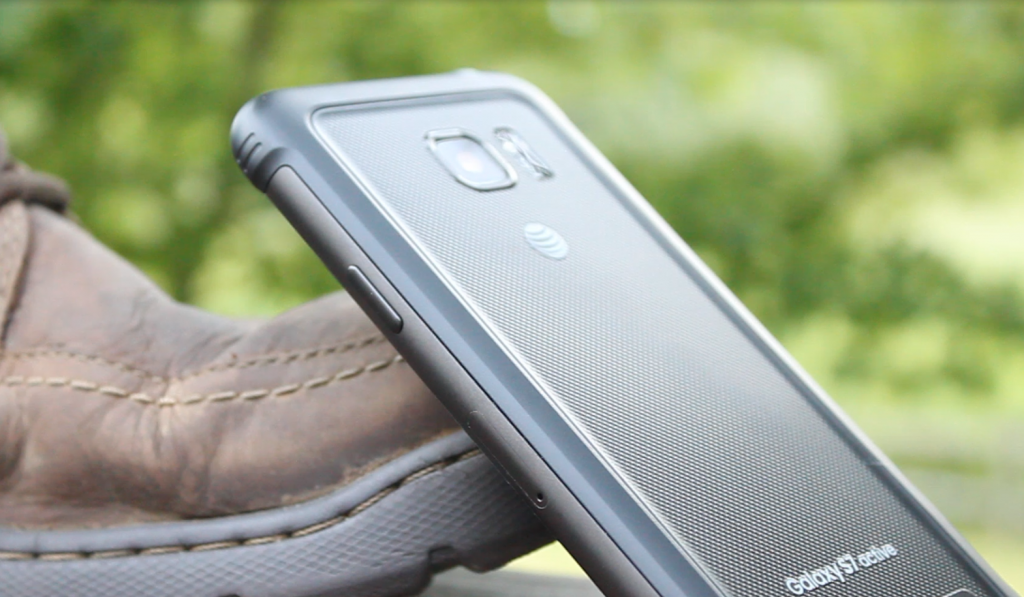 I’ve left this phone in the sink with the water running over it while I fixed myself a drink, I’ve dropped it out my car window going about 25 mph, and I even got bored and buried the thing under half a foot of dirt and left it there for a little while. All of these actions left the phone unscathed and ready for more.

The downside is this is a pretty ugly phone to say the least. The phone is made of rugged plastic that makes no attempt to match the sleek style of the regular Galaxy S7. The navigation buttons stick out too much, and remind me of a messaging phone before smartphones got popular. This phone was built for the outdoors, not for getting compliments.

I can’t tell you the extent of how the glass will hold up after so many drops (however there are videos out there showing some amazing results), but after dropping it out of a moving car window onto pavement with not even a scratch on the glass… I think you’ll come to trust this phone’s durability. Major props to Samsung for creating a phone like this, it easily competes with Motorola’s Droid Turbo 2 and the Moto Z Force.

There’s not much to be said here that hasn’t already been said by Nick Schiwy in his Galaxy S7 review. Samsung continues to make the best smartphone displays in the world, and the S7 Active is no exception. We’re seeing the same panel put on the regular Galaxy S7, which is a 1440×2560 Super-AMOLED display, with an added layer of glass for durability. This added layer does make the regular S7 slightly more attractive, as the Active has slightly worse viewing angles when you tilt the phone to its side. The screen still amazes me with how bright it gets outside and how impressive games and movies look on it, as the AMOLED panel on this trumps all other AMOLED screens on the market because of Samsung providing its latest screen technology exclusively to its own premium phones. 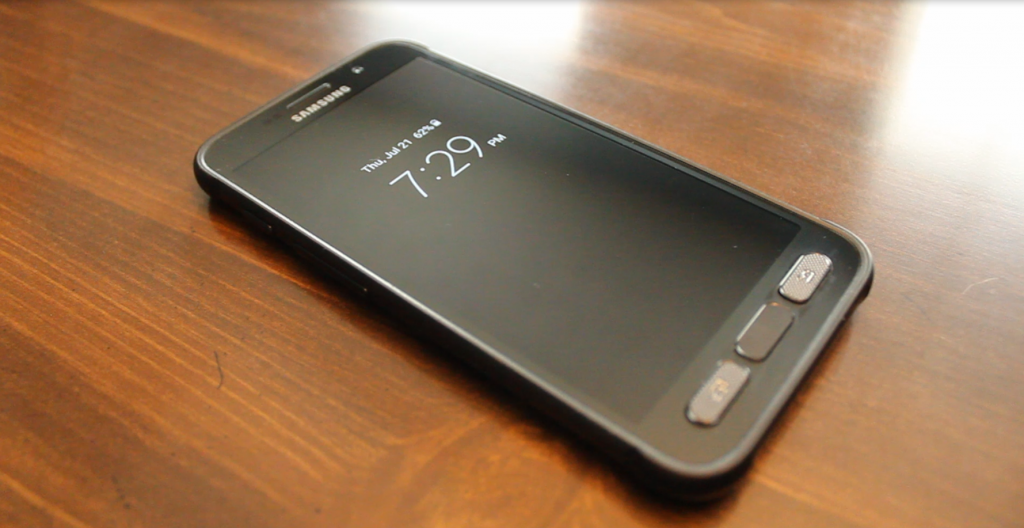 The S7 Active shares the same incredible camera that the Galaxy S7 and S7 Edge have, which have been continuously praised as the best smartphone cameras in the world. I used this phone around the same time I was testing the OnePlus 3 and Moto Z Force, and neither of these two truly compare with the S7 Active’s camera. 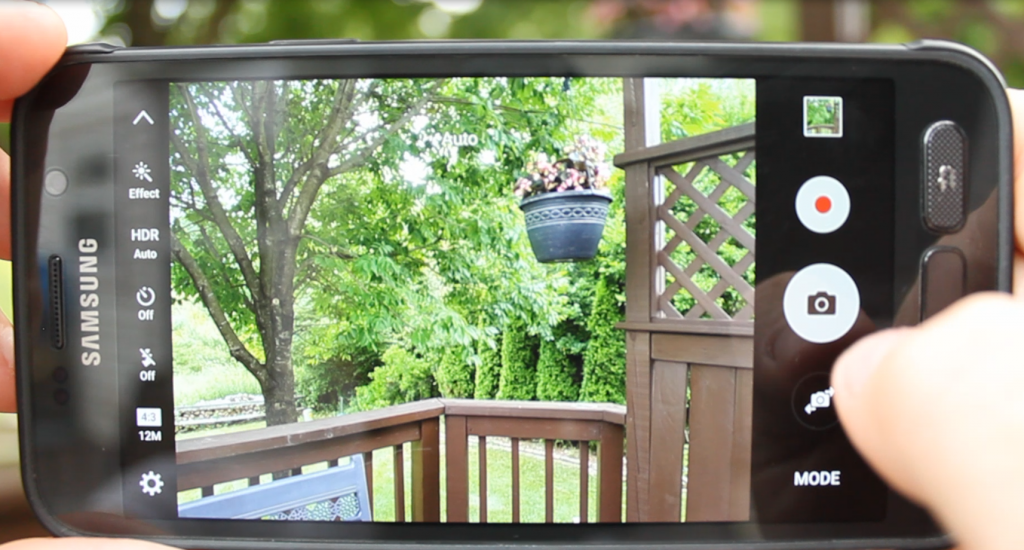 I don’t really like taking videos on smartphones because the stabilization generally looks bad, but the S7 phones are on a whole new level. While taking 1080p 60 FPS video, I truly realized why so many people love Samsung cameras. The fluidity of 60 frames per second on top of Samsung’s stabilizing mode (which can be toggled, but I don’t see why you would turn it off) creates a video-recording experience I’ve never used before. This phone creates the perfect opportunity to hike, mountain climb or even swim while taking some of the best photos possible on a phone.

This is the section where I’ll calm down a bit and not give Samsung every award. With the help of AT&T, the S7 Active comes with apps I’ll never use that I’m unable to uninstall. The phone gave me suggestions on what AT&T services I should use like connecting to DirectTV. I was not a fan…

However, I recommend you check out our guides to installing a new launcher to avoid all of AT&T’s services and bloatware if you prefer. These launchers allow you customize your homescreen and hide apps you never want to see again.

Anyway, only after using the OnePlus 3 did I notice a couple jitters when using the S7 Active, and it just wasn’t the same smoothness I was use to, nor the memory management. This phone comes with 4GB of RAM, but when multitasking it feels identical if not slower to switch between apps than my Idol 4S, which only has 3GB of RAM. This is frustrating because memory management has been a problem for Samsung for a long time. I will say, coming from using the OnePlus 3 to the S7 Active is vastly different from someone upgrading to this phone from a device a year or two old. All-in-all, you’re going to be satisfied with the performance on the S7 Active.

If you’re on AT&T, and you’re sick of your phone not lasting you half-way through the day, you are going to be dumbstruck with how good battery life is on this phone. To give you an idea, the Galaxy S7 Edge has a 5.5 inch screen with a 3,600 mAh battery. More screen size means more power consumption. The Edge has incredible battery life, giving most users around 5 hours of on screen time. The Galaxy S7 Active has a 5.1 inch screen – with a 4,000 mAh battery. This is a huge battery even for phones with much bigger screens. I’ve been consistently getting around seven hours of screen on time, which is ludicrous for me.

Easily, I’ve been making it into the evening of the second day of usage on a single charge with around 8-12% battery left, with heavy usage (not even you can kill my phone this time, Snapchat). There’s not much else to say here folks. Take this thing camping for a night or two, and you might find yourself not needing an extra battery pack at all.

Like I said in the introduction, whether you’re looking for a phone with the best display, best camera, best durability, or best battery life, The S7 Active covers all those areas in one rugged package. Performance isn’t the best out of all the offerings, but with the Snapdragon 820 chip it’s still extremely close to every other high-end Android phone.

Of course, this phone isn’t for everybody (not that a lot of people have a choice, AT&T…) because it’s not the prettiest phone out there and some people may prefer a bigger screen or less ugly navigation buttons at the bottom of the phone, but if looks aren’t an issues for you, you literally cannot go wrong choosing this phone over any other at the AT&T store.