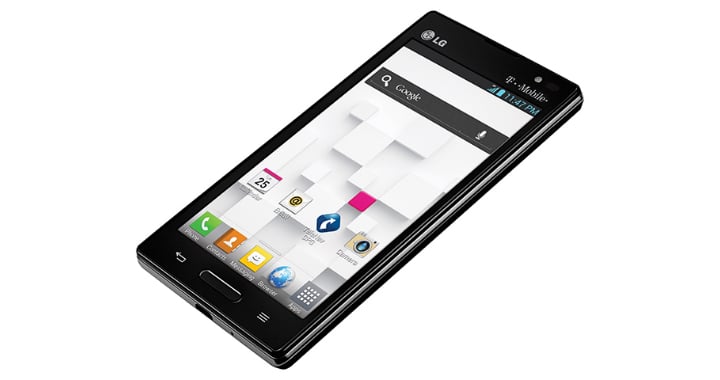 What we liked:  The price point is right for new smartphone users and it’s plenty of hardware for the money. Even those who may have already spent time with Android will find the Optimus L9 offers decent bang for its buck.

Room for Improvement: Even though there’s only so much you can do with a touch-only form factor, it’s still a somewhat uninspired design. While there are compelling features in the Optimus L9, it might be a tough sell for buyers who might easily spend another $20 or so for a new Android device. Battery could be much better as our review unit drained quicker than we expected for a 2150mAh unit.

Review at a Glance: The Optimus L9 offers hardware and software that would easily cost double just six months ago yet still doesn’t try to pass itself off as a top-tier device.  The screen size and resolution are the first thing you notice, both of which are commendable for the money. Sure it could be a little sexier or feature a little more curve, but it’s a great experience for a first-ever smartphone.Hardware

The LG Optimus L9 comes with a very respectable bullet-point list of hardware that includes a 4.5-inch qHD (960×540) display, dual-core 1GHz processor, and 5-megapixel camera. Taken as a whole, these would have been the stuff that made up a mid-high range Android a few months back. Does that mean the phone performs as well as others?  That depends on what you’re doing with your Android.  New smartphone buyers would likely not notice that there are faster and more powerful experiences while seasoned vets may feel underwhelmed. 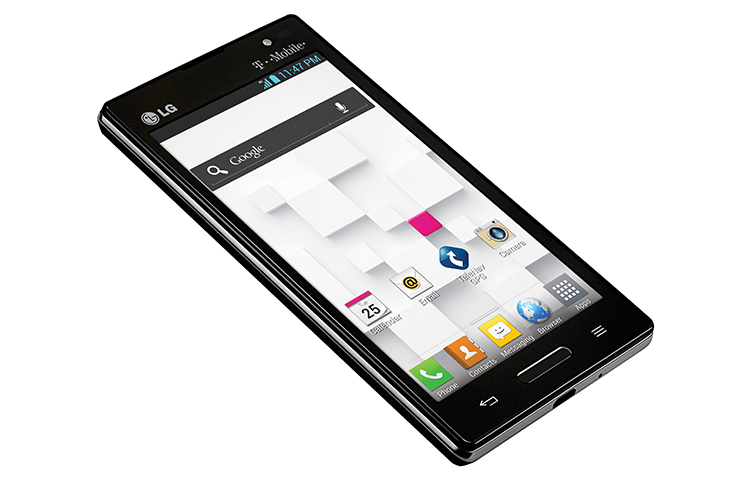 At 4.5-inches, the screen size is much larger than the stuff that previous first-time smartphone buyers would get. The Optimus L9 doesn’t feel all that wide in hand and certainly makes better use of the space than other models with similar display sizes. The corners are sharper than we liked and the phone feels very square-ish, especially in the wake of recent HTC and Samsung offerings. The chrome trim does break up an otherwise plain design and it adds just a touch of class.

Colors are sharper than we expected though it looked almost comical compared to LG’s better 720 displays. Matched it up against the Optimus G it’s pretty obvious that this is a “budget” screen.  That’s not to suggest it looks mediocre on its own right.  We’ve seen much worse in pictures plus the Optimus L9 can be forgiven for its $80 sticker.

Above the screen you’ll find the front-facing camera, a proximity sensor, and speaker while the bottom has a physical home button and two hot keys (BACK, MENU) on each side. The left side of the device is where you’ll find the volume rocker while the power button is on the upper right side. 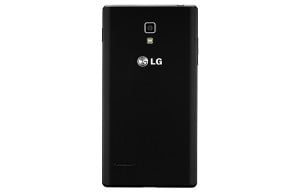 Photo quality for the 5-megapixel camera was impressive, excelling in outdoor shots.  Details, lines, and colors were accurate and white balance was as good as we’d hoped.  Of course, indoor shots varied depending on lighting, but generally speaking we were pleased with the results.

Both the rear and front-facing cameras feature a number of options, including  color effects, brightness meter, and geo-tagging.  The backside, naturally, has more comes with additional touches such as flash, face-tracking and ‘scenes’ mode.  One of the handier features we found was being able to say “cheese” to operate the shutter. Nothing revolutionary, no, but still nice.

In terms of video, we were equally impressed with the way it handles color, contrast, and overall image quality.  Fast-moving images and sound were detected quite well and didn’t seem to pose any problems. And, like we enjoy with some of HTC’s recent models, it’s nice to snap a photo in the middle of a video. Even though the phone has less under the hood than the One X or Evo 4G LTE, it’s still able to handle such a task. 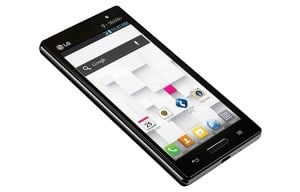 The battery lasted around 6-8 hours on average with typical usage that included web, social networking apps,  and casual games. This was considerably worse than we expected, especially when you consider this is Android 4.0 and a 2150mAh battery.  That part that bothers us most is that this device is targeted largely at first-time Android users. As if they didn’t already have this predisposed notion that smartphones died too quickly. Experiences like this will not help Android’s public persona. Thankfully, this is a removable battery and there are going to be larger capacity options to choose from.

Software
The LG Optimus L9 runs Android 4.0.4 Ice Cream Sandwich and features a handful of signature LG features including Quick Memo.  Previously reserved for larger display products, we like being able to jot down an address or phone number or mark up a map.

There is a sizable list of apps that come pre-loaded on the Optimus L9, many of which work well for first-time users. Experienced users may not find the same value, however, and would likely prefer a more stripped down experience. That said, there’s a well-rounded group of titles here that include  the full suite of Google apps, T-Mobile’s own 411 & More, Game Base, T-Mobile Name ID, T-Mobile TV, Lookout Mobile Security, Amazon Kindle, Slacker Radio, and Polaris Office 4.0.

We were impressed with way LG is able to keep a pretty much standard version of Android intact yet still sprinkle in their own flavors. Although some of the widgets could use a touch-up or refresh, it’s not as ugly as things have been in past models.

If you’re new to smartphones and are considering T-Mobile as your carrier, the Optimus L9 is easy to recommend.  At only $80 with a two-year plan, there are far worse things you can do with your money.  The 4.5-inch qHD display is one of the better looking screens you can get for that kind of cash and the overall package is quite compelling. The Android 4.0 and dual-core experience is more than just a step up from other budget offerings across other carriers. Yes, there are still Android 2.3 Gingerbread devices readily available and for not much less. Taken as a whole, this is the kind of device we’d recommend to parents who need to score multiple  phones this holiday season.