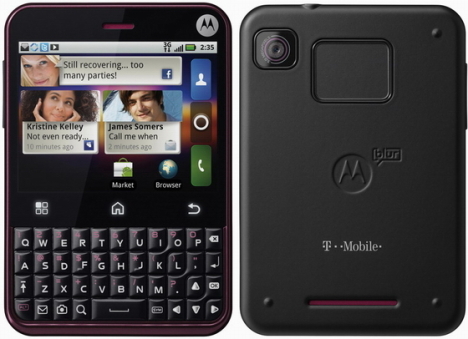 At first glance, the Motorola Charm appears to be a very odd, strangely shaped Android smartphone. A blend between a Blackberry and the Android powered Motorola Cliq XT, the handset is a messaging device first, smartphone second. It is a very unique Android handset.

Overall, the Charm represents Motorola’s apparent desire to slap Android into every conceivable form factor in existence.   They have been on quite a roll lately so why not?  Did Motorola succeed with this qwerty form-factor? Did they nail it? Will this be the phone that finally convert all those keyboard-loving Blackberry users to Android? Hit the jump to find out!

The Charm is boxed in a very small, white box with T-Mobile logos covering it.  Upon first opening, we see the phone on top, and below we have a USB/charger cable, earphones, warranty statement, as well as an instruction manual.  In addition to this, there was also surprisingly, a second extended battery and matching gray back cover. While I never heard of a manufacturer doing this before, it certainly was an excellent touch.  I was impressed, wishing HTC had done this with my Nexus One. I also find it a bit troubling that manufacturers now feel it necessary to send two batteries, because the battery life on Android smartphones is so bad. But, it is what it is. Next, the hardware! 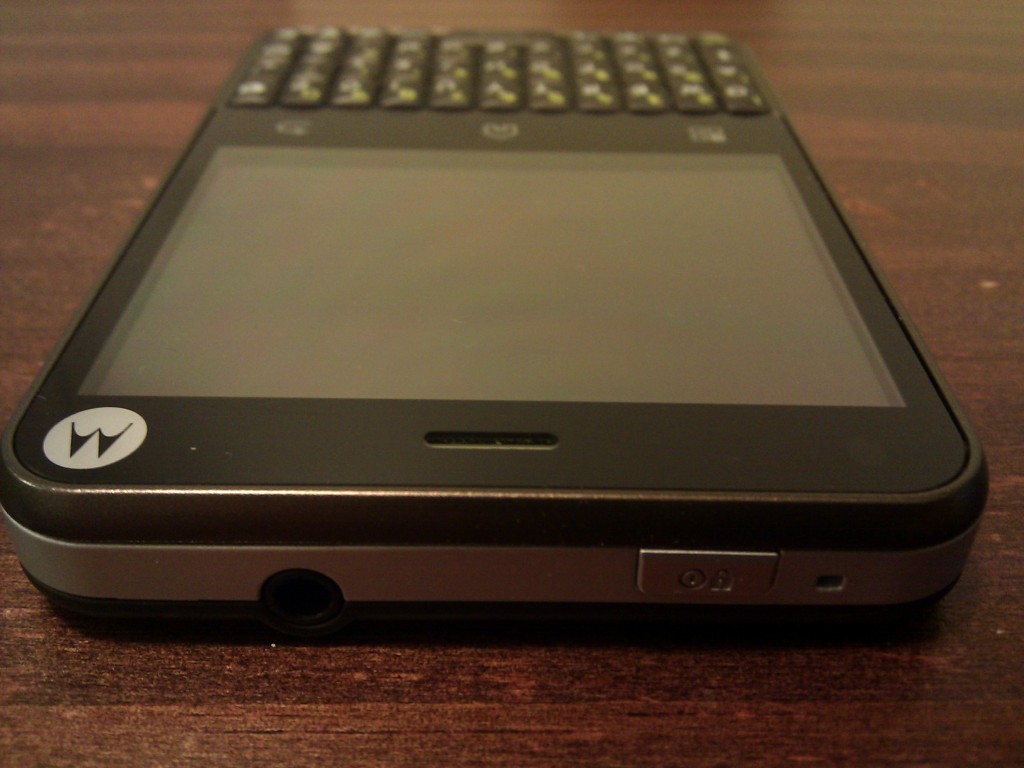 When first holding the Motorola Charm, it feels solid, heavy. It is in fact almost as heavy in my hand as my Nexus One.  It really feels like a good build when holding it, somewhere above mid-range. Overall,  the phone is 67.2 x 98.4 millimeters with metal siding and a hard rubber back for protection.  Inside the device is a 600 MHz processor, 512 MB internal memory, and 512 MB RAM. It is a speedy, attractive little beast.

Similar to the Motorola Backflip (which launched on AT&T), the Charm also features a rear gesture pad that provides for another control option.  While a trackball might have provided more accuracy (and converted more Blackberry users), the gesture pad allowed me to easily navigate the home screens.  It also allowed for fast scrolling through web pages.  I will admit, I was at first hesitant about this gesture pad, but in the end I found myself using it quite often.  It proved very useful! Bravo Motorola! I would like to see this on some more, possibly higher end, handsets.

A keyboard can make or break a device.  Thankfully, the keyboard on the Charm, which is located below the capacitive glass controls for menu, home, and back functions, is very well done.  The buttons are raised in the center and curve down on the sides.  The keyboard made me actually miss using my old Blackberry 8830.   In addition to being attractive, the layout provided for both accuracy and speed.   The keyboard also includes key-based shortcuts for the universal inbox, camera, and search functions, as well as a directional pad in the lower right hand corner.  The only negative I have about the keyboard was that it felt a little mushy. Not really that big of a deal, but it is good to know. 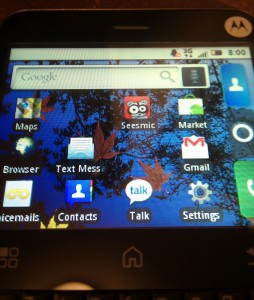 Just as a keyboard can make or break a handset, so can a display.  Unfortunately, for the Motorola Charm, the QVGA display really broke the device.  When I say really, I mean REALLY REALLY broke the handset.  Definitely not charming.  It wasn’t quite the 2.8 inch size of the display, but the cheap looking, pixelated QVGA part.  Colors are oversaturated and images are grainy and very blocky. Text can also be grainy to the point that reading can be difficult. This lack of visibility also makes the wallpapers and certain webpages look horrendous. I should also mention that many apps do not look as they should due to the the size of the screen. Certain apps, including Facebook for Android only work in landscape mode and on a 2.8 inch screen, landscape mode is very awkward.

At 3 megapixels, the Motorola Charm’s camera is decent at times, but mostly bad.  Don’t even think about taking a photograph of a moving object, because all you will get is a blurry image.  Stationary objects work well though.  Words really don’t do justice, see the image of an actual photograph below! Certainly not impressive, but doable for casual users. 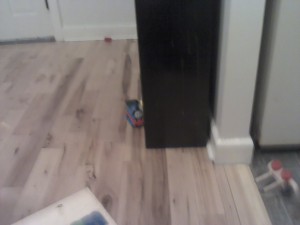 Motorola loaded this bad boy up with a new version of MOTOBLUR based on Android 2.1. At this point, most people know that MOTOBLUR is a social-network oriented UI that integrates Facebook, RSS Feeds, MySpace, and Twitter into the phone on a system wide level. The UI features the use of re-sizable widgets and a universal inbox.  It allows users to communicate with everything and everyone in their world using tools built into the OS.  For those who don’t know, I will just say this right now, I highly dislike it.  It drags the system down, way down.  On the Charm, Motoblur looks very odd.  It doesn’t really work at all.  Imagine Motoblur crammed into a very small space and you have Motoblur on the Charm. Yuck.

In addition to MOTOBLUR, T-Mobile and Motorola have placed a few pre-loaded apps onto the Charm. QuickOffice can manage MS Office files, My Account shows minutes usage, Pays bills, alerts when roaming, and My Device manages CallerTunes and ringtones. Not too much bloatware at all. Definitely manageable.  Overall, the software allows for a fast, easy experience, but I would have much rather had stock Android.

As stated earlier, the Charm features a 1170 mAh battery that dies very quickly, especially if you are syncing with your social networking accounts. Even when the phone was on standby, and I made minimal calls and sent a small amount of texts, the battery died by 4 p.m. and I unplugged it around 8 am.  About 8 hours of life.  Not very long at all.  Fortunately, the extended battery (1420 mAh) makes the battery much better and I suggest using this after purchasing the device. My device lasted a good 12 hours when using just the extended battery.  Overall, decent.

T-Mobile and Motorola had a lofty aspiration in wanting to create a bad ass Android phone in a qwerty-based form factor. Unfortunately, that aspiration failed, and the new form factor which could have done so much and pleased so many, will instead possibly make some people shun Android. This device, while attractive, could turn off a major portion of Blackberry users and others looking to go Android. This fact in itself, is very unfortunate.

On the other hand, for those who are very into social-networking, messaging, and texting, the Motorola Charm will prove to be an excellent entry-level device. The extremely capable, and accurate physical keyboard make this a device worth considering for many(including my wife). But if you are a seasoned Android veteran who is used to a 3.2 or 3.7 inch screen, this device simply will not do. Stay away. It doesn’t have what it takes.

Lastly, the cheap look of the screen will be a major problem for anyone who has used an HVGA or WVGA resolution device in the past  The solid keyboard is excellent and will work for many.  Truly great. Unfortunately, though, for most the Charm will fail at being what it promises, and that is a good entry-level smartphone. Instead, it appears to be something else all-together: an Android feature phone.