One of our AndroidGuys writers recently sent me the Nubia Z9 Max to review. It’s interesting to use Android again after having switched to iPhone about a year ago. There are some annoyances about the phone, but also some features I like as well.

First of all, I’m going to say that one of the biggest annoyances about Android are the skins and bloatware that some companies and carriers slap onto their phones. For those that don’t know, bloatware is typically defined as sh*tty pre-installed apps that are basically native advertisements.

This phone came with five bloatware apps. I’m not going to give them credit by mentioning their names, but there they were. I promise this won’t be yet another article from an Apple user, endlessly comparing the two platforms. However, bloatware is a terrible experience for users, and manufacturer skins are barely any better.

As you can see above, this phone needs a serious rooting and flashing of a custom ROM. Without root, you cannot remove the preinstalled malware.

The phone is a little big for my preference, and somewhat awkward to hold (I’m pretty sure I pulled a muscle in my thumb). The Nubia looks like a stretched out iPhone 4, and the sharp angles of this phone combined with the red color accents give the Nubia a masculine, almost aggressive appearance. Despite the phone having a glass back, it’s actually not that slippery to hold as it’s a very light phone. 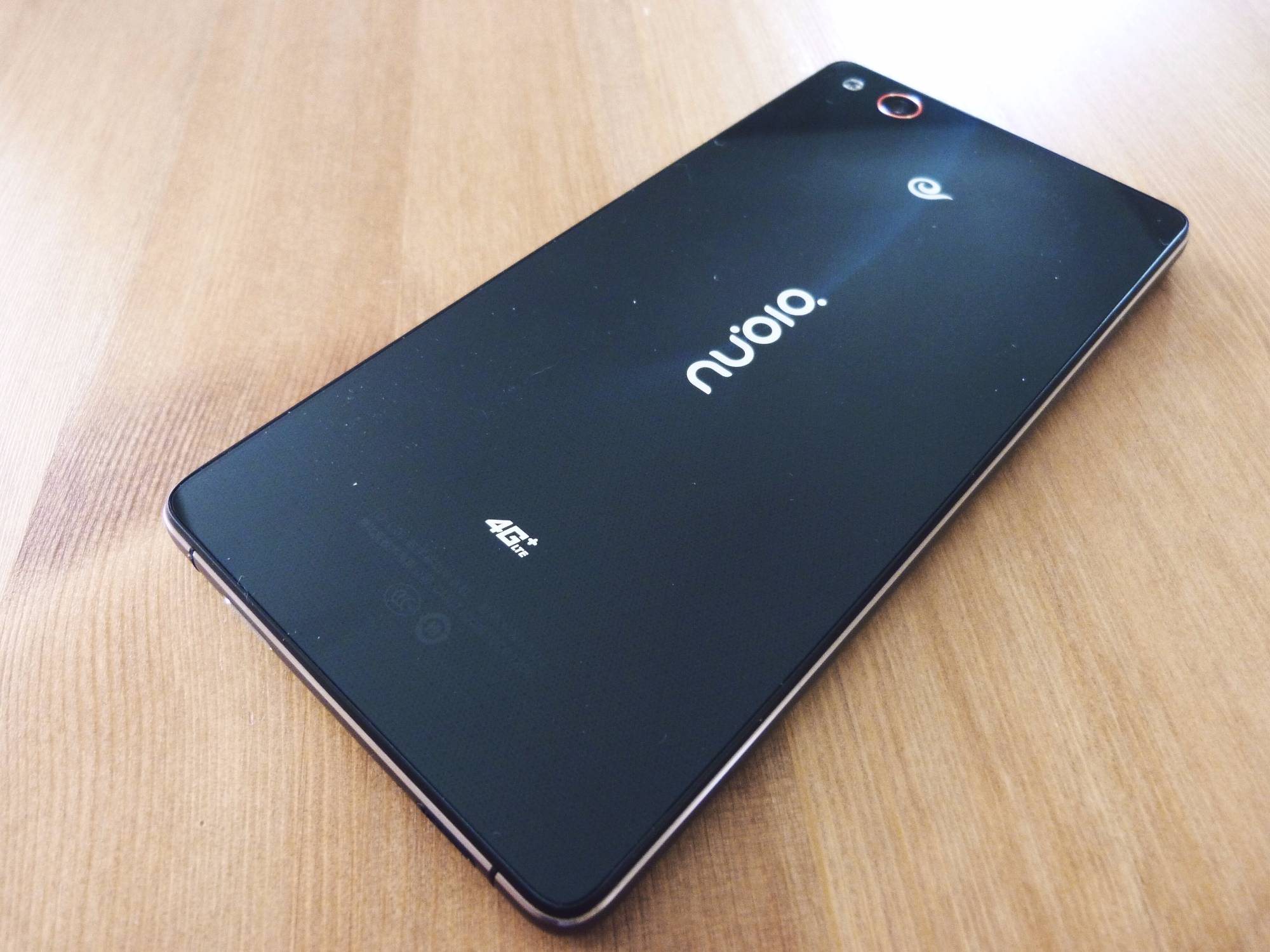 On the bottom we find capacitive buttons that are software-based. I’m personally not a fan of phones that have these, but you can customize them in settings. Specifically, the Back button doesn’t pull up the list of recently used apps like other Android phones do. Instead, that’s all it is – it brings you back one app at a time. Aside from the home button, there is an Options button on the left that acts to pull up the menu in whatever app you’re in.

As for the hardware buttons, you’ll find a volume rocker and power button on the right side. The volume up button works as a camera shutter, so you can hold your phone a little more naturally when taking a photo.

As for the camera, I was pleasantly surprised. The Nubia’s camera produces crisp, albeit over-saturated images that give your environment a vivid look. It has several specialized features, including a Star Mode that works great for long-exposure shots of the night sky. For the creative crowd, there is also a mode for working with “light trails” created from points of light such as flashlights or car headlights.

Despite the 2900mAh battery, it didn’t seem to last very long even when I wasn’t using it. I found myself charging it almost twice a day, and it takes a couple of hours to charge. This might have to do with the poor battery management of Android Lollipop. Speaking of Lollipop, I did some research but I was unable to find a time frame for upgrading the system to Marshmallow. 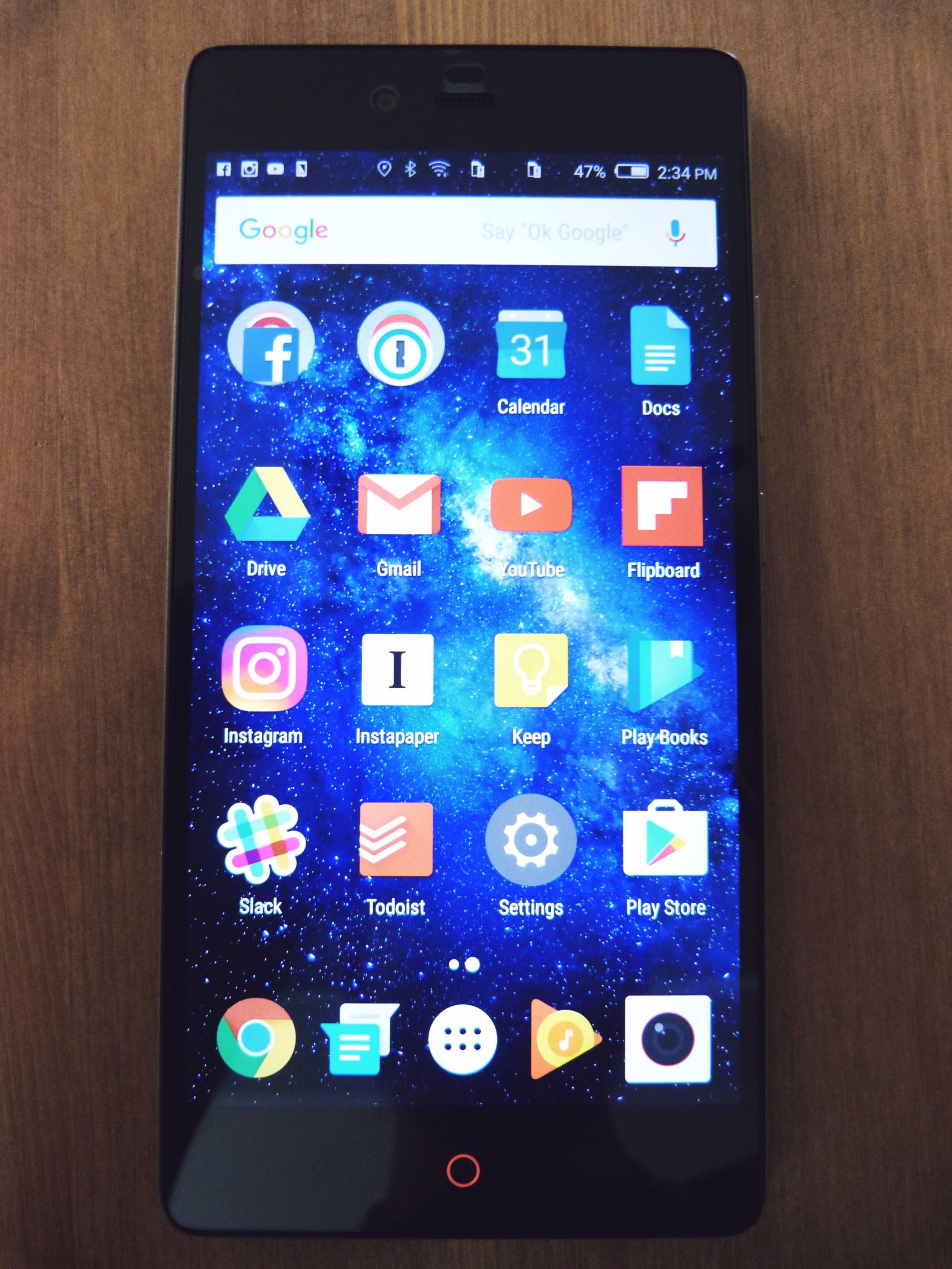 The phone only has one speaker on the bottom right side. It didn’t sound tinny like other phones with one speaker, although it doesn’t seem to handle bass very well.

I was unable to press the “System Upgrade” button, and I think this is more of the sneaky-handed tactics used by Nubia. Similarly, I couldn’t install any APKs. The phone simply would not let me press that “install” button, and my guess was that it automatically put some kind of block on it. Installing APKs is a security risk and not recommended for the majority of users anyway, but after the built-in adware that I had to experience, this just angered me even more.

The phone has a dual-SIM tray, and despite the fact that it’s a Chinese phone, it seems to work fine on U.S-based phone networks. I have an unlocked SIM card, so your experience may vary.

The hardware of the phone is good, and gives the off a premium look and feel. The software experience was incredibly frustrating though. To be fair, that’s not entirely Android’s fault, that is the fault of the manufacturer. The open nature of Android is both a blessing and a curse. If you have the knowledge and tinkering skills necessary to flash the ROM and install something like CyanogenMod, then I recommend the phone.