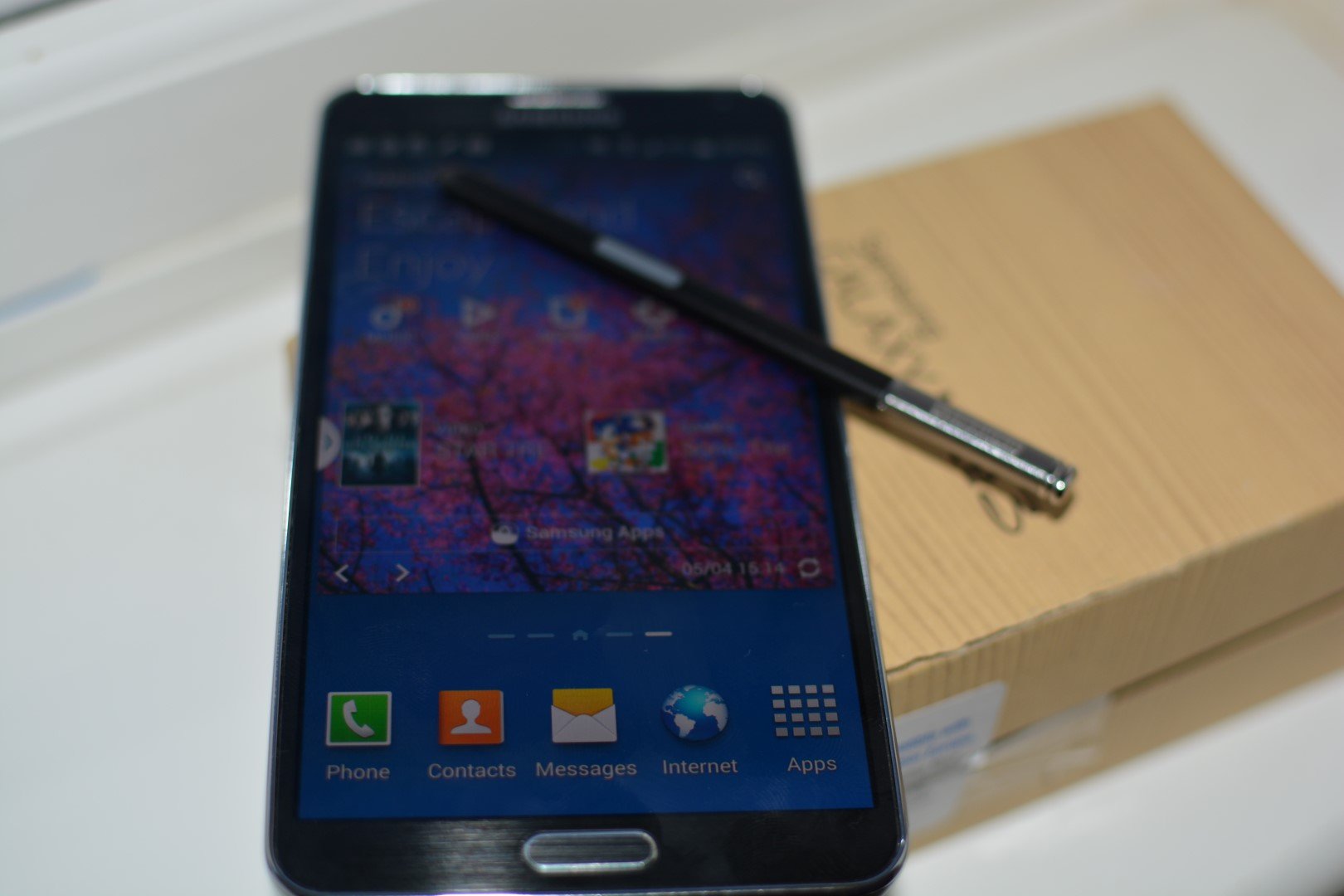 We got our hands on a Samsung Galaxy Note 3 to play with so heres our impressions of the device incase you were considering purchasing one.

Preface: We appreciate the age of the device and as such have directed this review as such, focusing on experience with the device as opposed to a dedicated review of the specs and performance of the device itself. The following review is to provide readers of an insight into my experiences of using the device, and in no way is representative of the experiences everyone will share.

The Samsung Galaxy Note 3 follows the same design as the rest of the Galaxy range that we’ve come accustomed to over the years, except instead of a pure plastic back, Samsung has opted to coat it with a faux leather layer. I must admit that after reading that Samsung had taken this approach I was quite sceptical, but having used the device it is a very nice change from the traditional backs we’re used to seeing on devices; not to mention you don’t have to worry about protective cases and can leave the device naked without worrying about scratching it when laying it down.

As unique to the Galaxy Note range, the Note 3 comes with the S Pen which itself has gotten a redesign. It is now a lot flatter and thinner and just feels better to hold than previous generations found in the Note 2 for example.

You still get the same home button and touch sensitive buttons on the front of the device, but these have been almost squished down to make way for the amazing screen, which takes me onto what I like about the device. Samsung tend to get criticism for their design of their smartphones, but breaking down the components separately the Note 3 actually offers everything I would look for in a device. I’m still a fan of a dedicated home button and touch keys, since I just haven’t gotten use to the onscreen keys. The Samsung Galaxy Note 3 has a slim bezel too, which earns it a lot of points in my book. So for me at least the design of the Galaxy Note 3 works quite well; sure it doesn’t look premium, but it certainly ticks all the boxes. 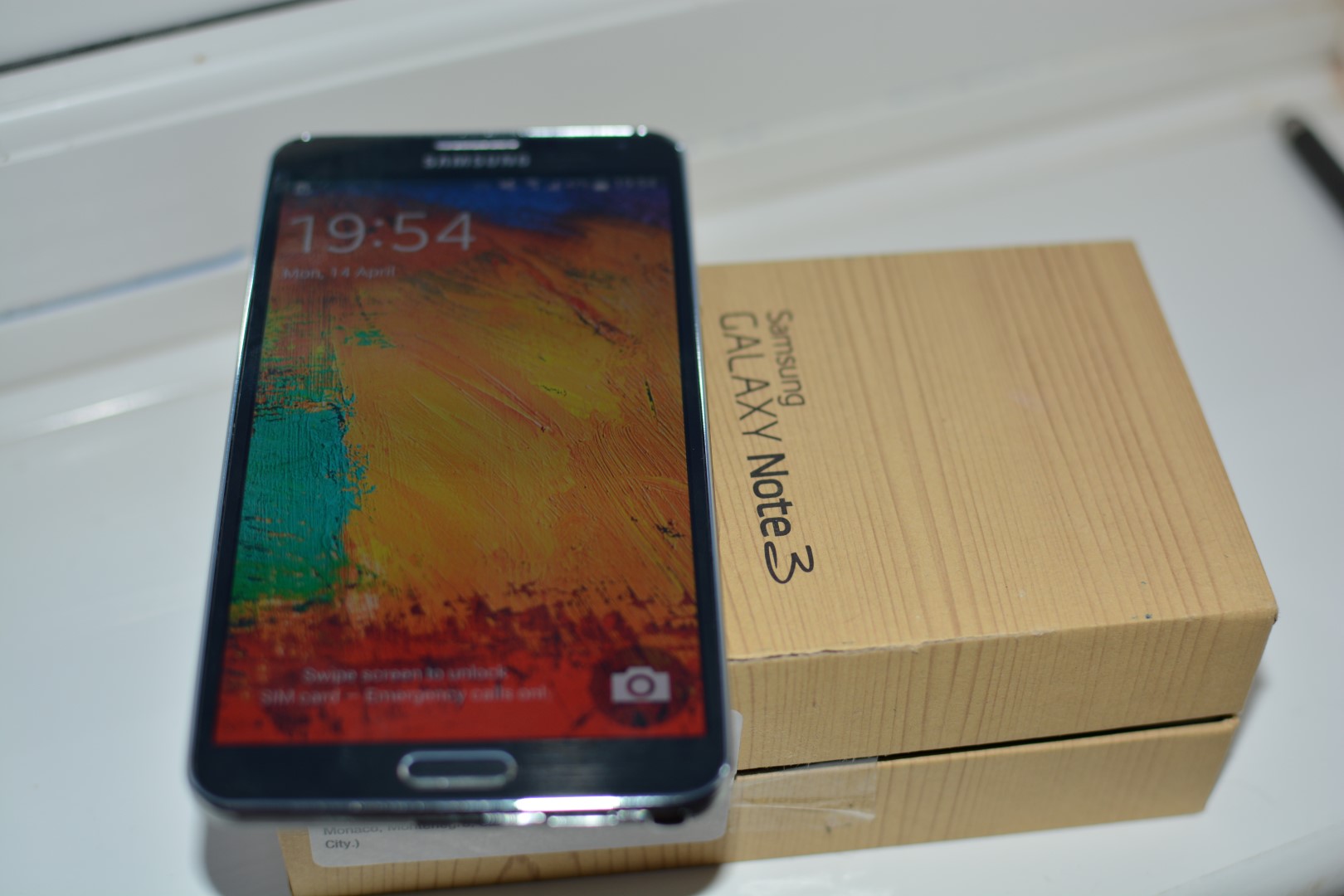 As far as the function of the device goes, we won’t spend too much time reiterating what you already know. The device runs TouchWiz so looks and feels like every other Galaxy S or Galaxy Note device, just a little bit faster and a little bit bigger. I’m not a fan of TouchWiz so install Nova Launcher as the first priority.

The Samsung Galaxy Note 3 certainly is no slouch when it comes to performance; the device is as fast as you’d expect and runs all games without a problem. Videos look smooth and vivid on that great looking screen, and it’s easy to fall in love with the device once you’ve gotten away from TouchWiz. Couple this with the battery life of around two days of solid use, and it’s easy to see why this device is so popular.

Unfortunately that’s where the love ended, since I found myself resenting the larger screen during every day activities. The footprint of it in my pocket was just uncomfortable, as was trying to use the device on the tube for example with one hand holding on for dear life, with the other hand trying to extend my thumb to the top of that giant screen to pull the notification drawer down. The harsh reality, for me at least, was that although the S Pen is a fantastic addition to the device, and I wish Samsung figured out a way of including it with the Galaxy S smartphone range, the screen is just too big for me.

Whilst the Galaxy Note 3 ticks all the boxes when it comes to performance and design, I found myself longing for my portable Galaxy S4, which minus the S Pen pretty much did everything the Galaxy Note 3 could. I would certainly recommend the Note 3 for anyone who is looking for that Phablet hybrid, but for me the device was just a little too big.

As the Samsung Galaxy Note 3 has been out for a while, you can get one from as little as £21.99 from Dialaphone if it’s a device you’d like.