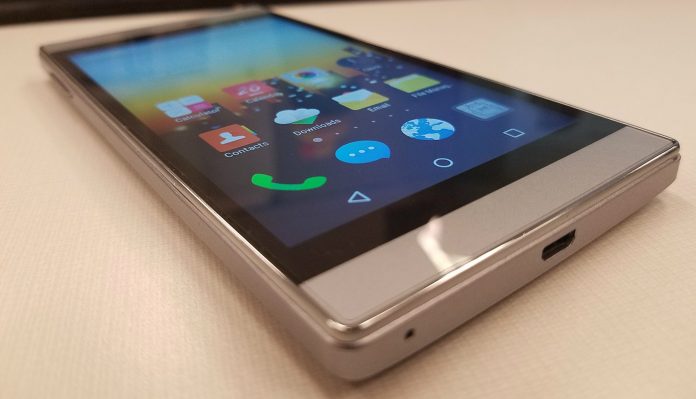 Posh Mobile might not be a name you know right now, but there is a good chance you will soon. It has received some notoriety lately for having the largest LTE phone on the market (review coming soon!), but today we’re focusing on one of its best phones, the Volt LTE L540. It has impressive specs, a sub-$200 price tag, and a massive battery.

Read More: Reference guide to US carrier bands and networks

Build quality is one of the most popular areas for OEM’s to cut corners so it can control its costs. Posh has done a pretty good job of walking the line of using decent materials and cost savings. It definitely feels like a plastic phone, but I don’t hate it. I’m used to glass and metal phones at this point from my time spent with the OnePlus 3, Samsung Galaxy S7 Edge, and Samsung Galaxy Note 7 so the L540 is definitely a downgrade in terms of those phones, but it also costs half as much as the cheapest phone in that list, the OnePlus 3 ($119 vs. $400). Those phones are also very fragile, where the L540 isn’t. 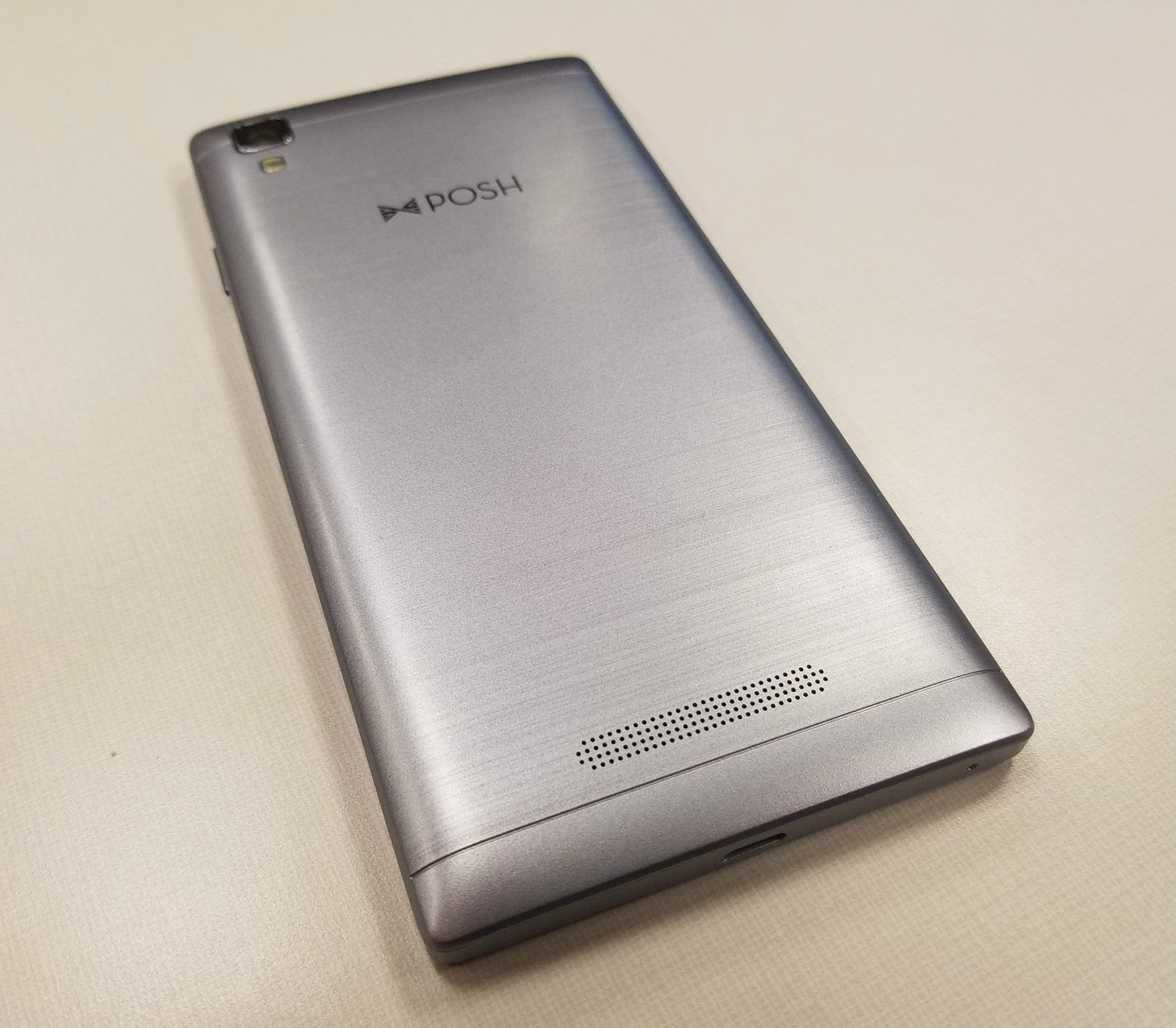 The battery cover is a removable hard plastic that comes off easily and provides only a little bit of flex when removed from the phone. It’s decently strong and I think the biggest advantage of having a phone with a plastic backing is that you’re not going to break or dent it with due to a fall. I’ve dropped the L540 a few times and my daughter knocked it off an end table onto hardwood floors and it still looks like I just took it out of the box. When you remove the back you’re greeted by an embedded battery, two SIM card slots, and a micro-SD card slot. Posh passed on dual use SIM/micro SD card slot that has become pretty popular so you can insert all three cards at once. The camera on the rear of the phone barely sticks out at all and has a small flash directly under it. The only other two features on the faux brushed metal back are the Posh logo and the deceivingly large speaker grill. It’s a very simple design without being too boring. 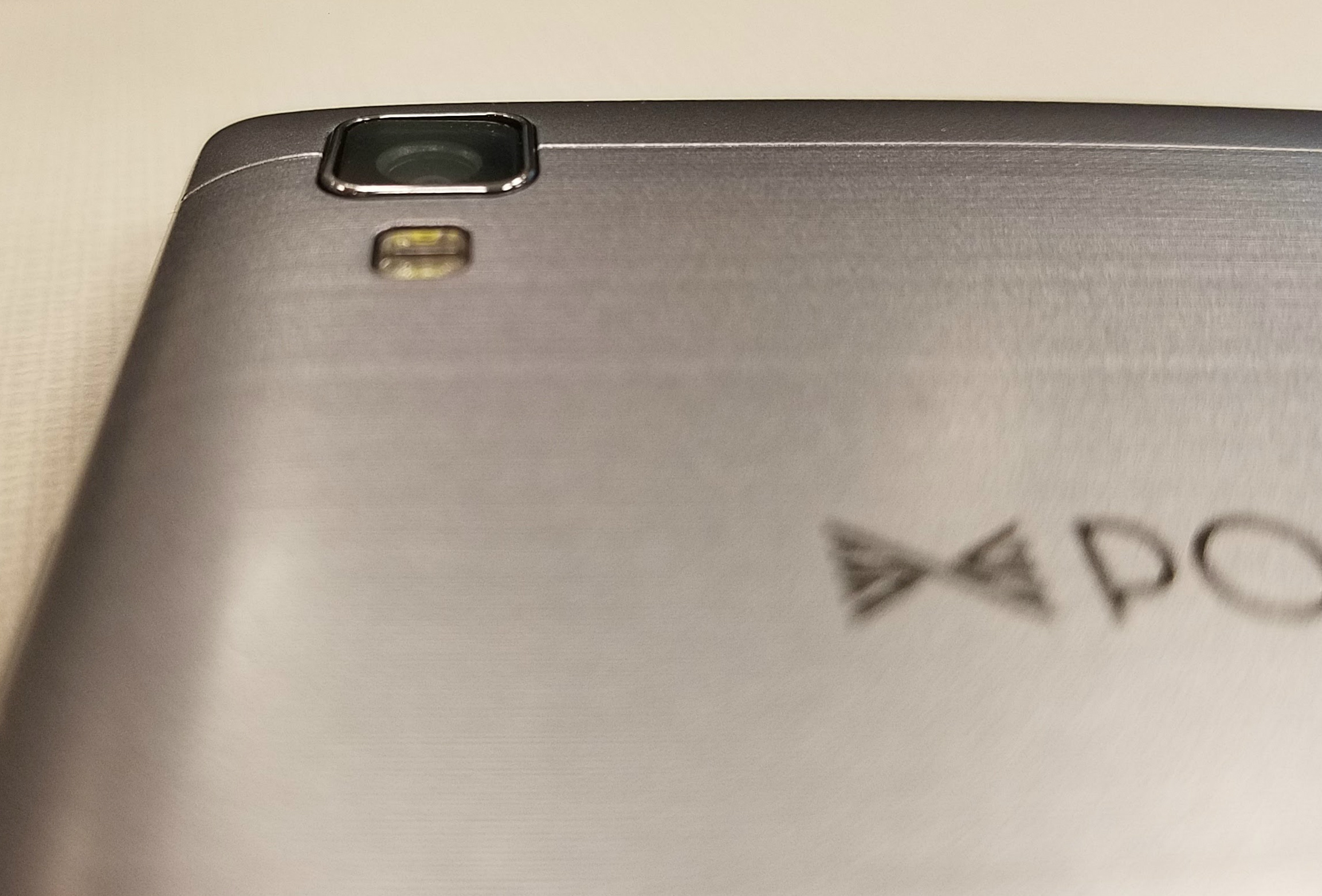 Posh chose a simple and angular design for the front of the device. The rectangular screen sits inside of pretty big bezels on the top and bottom and larger than we’d like bezels on the right and left. The chin on the bottom reminds us of an HTC device sans front face speakers. The top of the phone houses the standard speaker, sensor, and front-facing camera.

With the screen off you could be forgiven if you thought that the screen had zero bezels on either side, but once you turn the display on, the illusion is quickly broken. The bezels on the sides are among the biggest I’ve seen on a phone this size and absolutely scream “budget phone”. 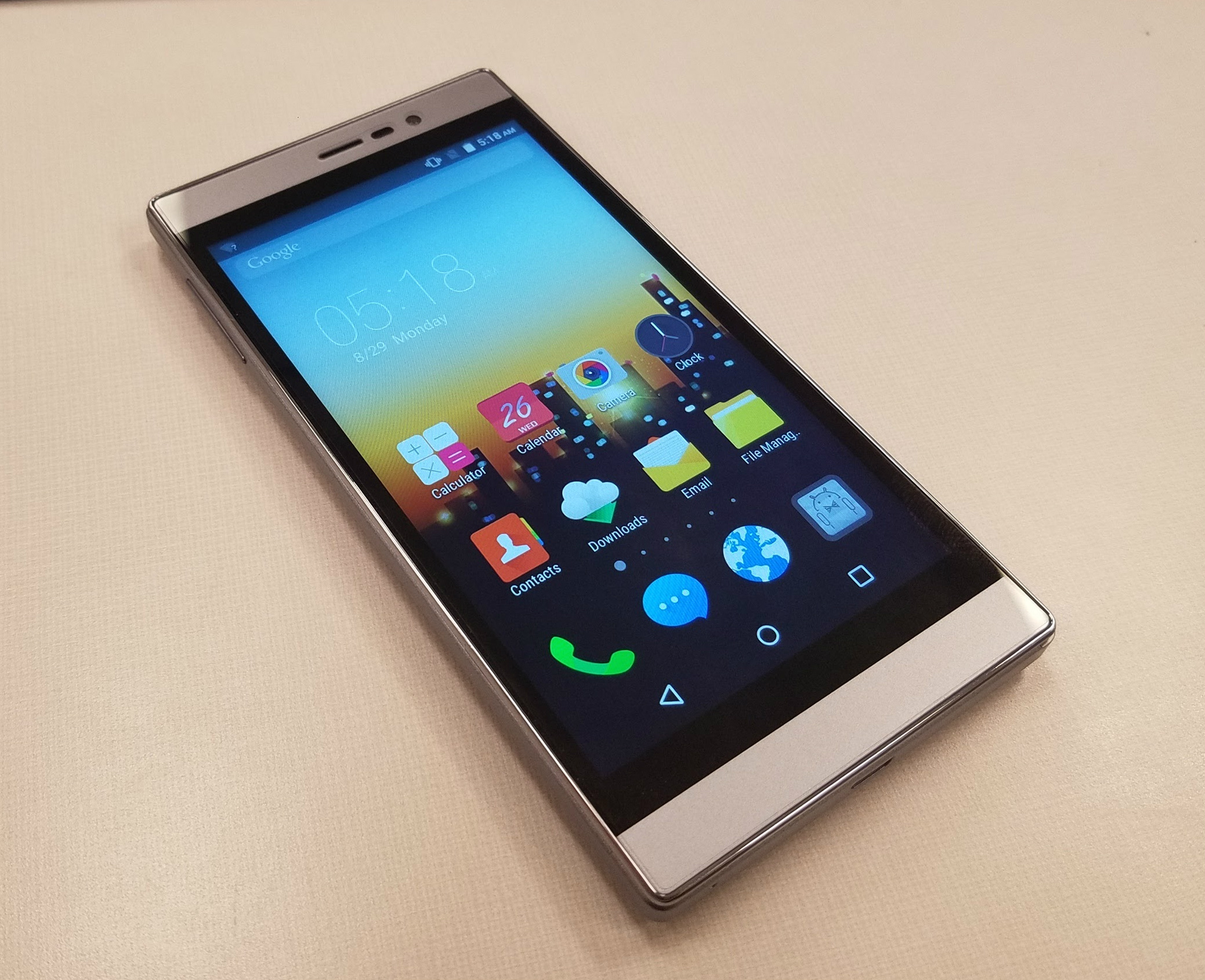 The L540 feels solid and light in the hand. This is partially due to the fact that the smaller screen size makes the phone a little more compact, but also because it only weighs a touch under 6 ounces. This puts the phone right on par with flagships like the Galaxy Note 7, HTC 10 and budget phones like the ASUS Zenphone 2.

The L540 is by no means provides an offensive experience, but you definitely get what you pay for here.

The display on the Posh Volt L540 is a 5″ 720p LCD IPS display. As with most budget phones, you’re getting LCD instead of AMOLED here. The blacks get decently dark without looking gray which some LCD panels can struggle with. Viewing angles are great with text still able to read at extreme angles and minimal color shifting.

Where the display struggles is top end brightness and color accuracy. I normally keep my devices on auto-brightness during review periods but the aggressive dimming of the display can make it very hard to use. When taking it off auto-brightness you’re forced to jack up the brightness to at least 75% to get a decent experience. It’s rough to try and use it in direct sunlight since the of the low brightness ceiling. On the other hand, the brightness floor is sufficiently low with nighttime reading in bed a pleasing experience.

Colors, unfortunately, feel washed out on the display. This is very obviously not a current-generation display and may, in fact, be something off the shelf several years old. It reminds me a lot of early smartphone displays that you dealt with because there was simply nothing better on the market. That’s exactly what the display is here, just something you deal with. It, again like the build of the device, isn’t offensively bad, but it’s not a standout feature either.

The L540 is running Android 5.1 Lollipop with a custom skin atop of it. If you’re someone who has used Android before, the first thing you’ll notice is the lack of an app drawer. I actually find this pretty puzzling because the software experience across Posh’s device lineup is not standard. Some of its devices feel like Stock Android, some feel heavily skinned. Some have an app drawer, some drop it. I hope at some point Posh can standardize the software across its lineup so customers have an idea of what to expect. 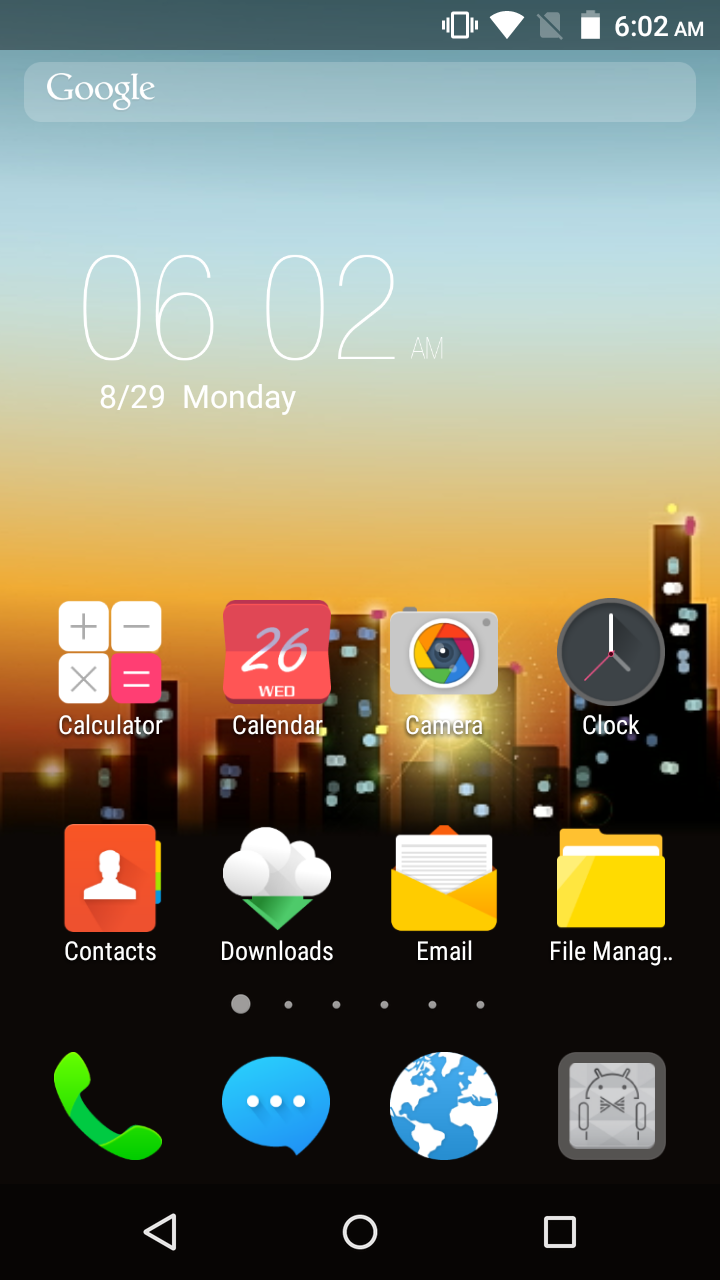 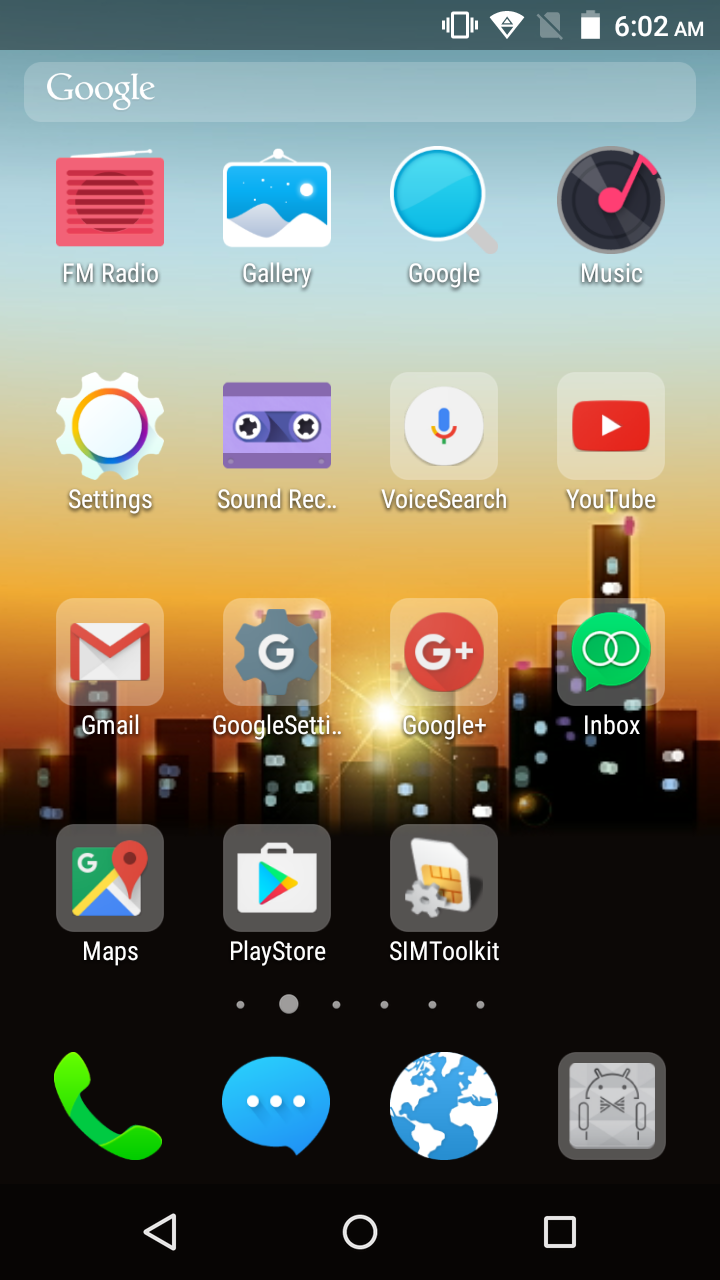 If you’re worried about bloatware, you can rest your head easy because there isn’t much installed on the L540. No, not much bloatware but not much period. It comes with only the basically Google mandated apps like the App Store, YouTube, and Maps and a few that Posh loaded onto it like FM radio, a music player, and a Sound Recorder.

Prominently displayed in the dock alongside the dialer, messenger, and browser is the “Posh Apps” application. The app allows you to earn tokens when you complete surveys, watch videos and install suggested applications that you can spend on app deals and accessories. You’re given 100 tokens right off the bat, but I was never able to do anything with them because the app won’t actually load beyond the tour and splash page. I don’t know if Posh is having issues with the service, it hasn’t begun operations or it’s already killed it, but for right now it’s just an icon taking up space on my phone screen.

Posh Mobile seems to be able to push the quad-core 1.0GHz chip in the L540 about as hard as it can. It does fine with normal tasks like social media apps, texting, and most web browsing. You won’t have an enjoyable experience if you try to play any kind of graphics intensive games with it, though.

I generally stay away from benchmarks, especially on phones like this because I think it sets false expectations. This isn’t a phone that you’re going to swap out your Galaxy S6 or LG G4 for. If you have something like HTC Desire 816 from back in 2014, this would probably seem like an upgrade. You can easily get through the basic tasks with some occasional lag when scrolling through long lists or the graphics get a bit heavy.

Expect to stick with just one task when using the L540. I saw some pretty bad lag and dropped frames when I would run YouTube in the background listening to music and trying to do anything else. 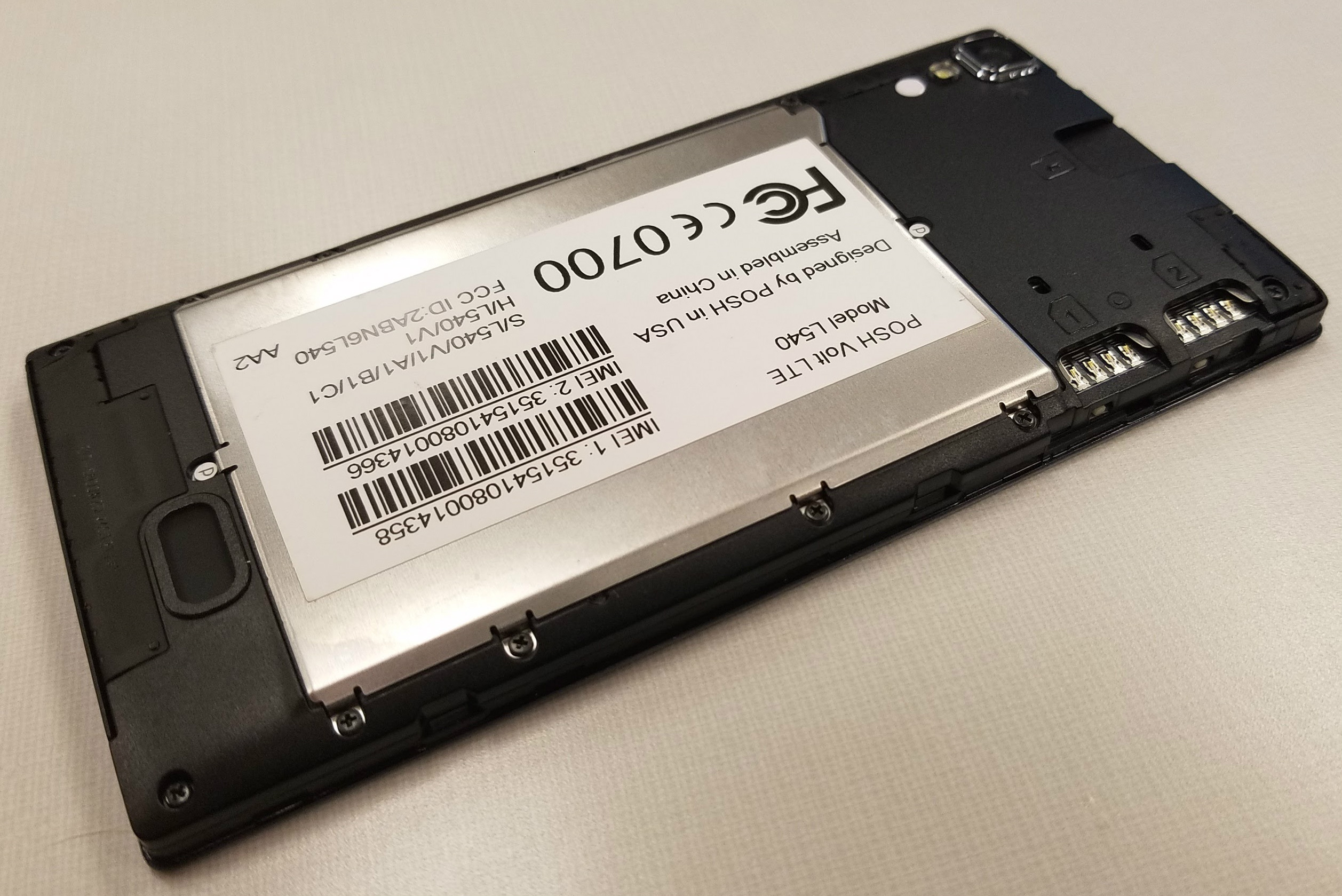 Battery life is easily the standout feature of the L540. Due to the large battery and the low resolution of the display (720p), the battery can easily last two full days of use. When the processor pushes hard you can see a noticeable dip in battery life, but for standard use, a teenager or senior citizen looking for their first smartphone should see wonderful battery life.

The camera frankly reminds us of something straight out of 2013 or 2014. While it is possible to snap good pictures in optimal conditions, it is a bit of a mess in overly bright or low-light situations. You’ll see foggy pictures, blown out brights, crushed blacks, and soft focus. The camera is best suited for social media pictures and MMS only. Taking pictures with the intention of blowing them up or printing them is outside the capabilities of this camera. 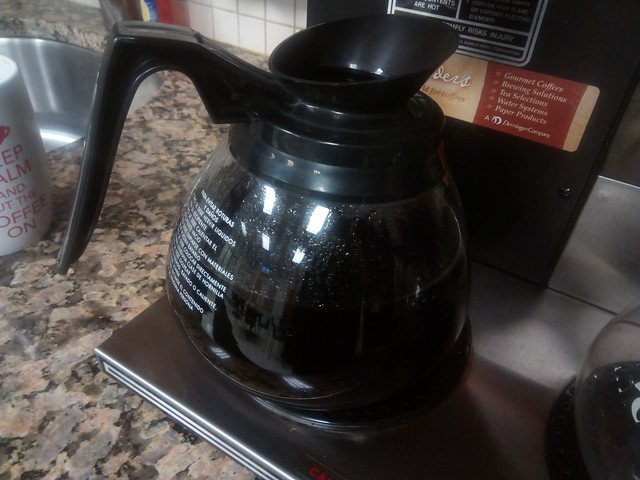 The Posh Mobile Volt LTE L540 definitely makes some compromises to keep the cost down, but that doesn’t mean it’s a bad phone- in fact, it’s a pretty good one. The L540 won’t be an upgrade to may of you who own flagships from the last two years, but there are a couple of groups of people I would recommend it for. 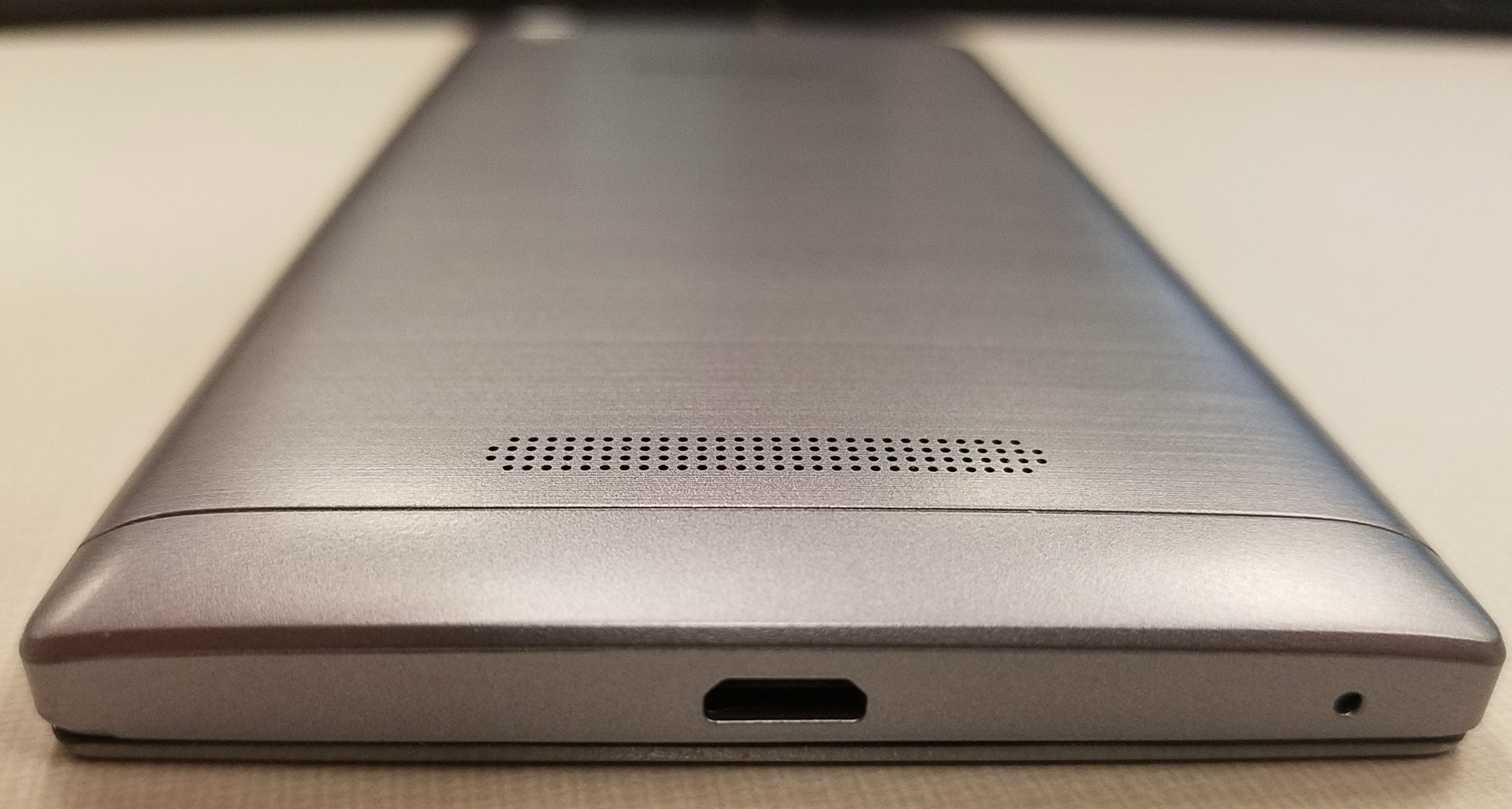 First being travelers. If you’re navigating around a city while on holiday or a work trip, the dual SIM capabilities and a huge battery will keep you in contact with your friends, family, and colleagues until you can get back to a charger.

The second group of people would be those seeking their first smartphone, such as kids and seniors. Again, the huge battery will come in handy for those who are on their phones a ton doing social media or might forget to charge their phones at night since they’re coming from flip phones that last multiple days.

I’m not in love with the build materials or the camera, but I’m also coming from flagship phones like the Samsung Galaxy Note 7. This phone isn’t for me. As a reviewer, though I can definitely see that the group of people who this phone is made for would absolutely love it.

The Volt LTE L540 isn’t a perfect phone, but it is a very good one for the price. You can pick it up on Amazon.

Selling a phone? Here’s what you need to do [PODCAST]

Freetel Priori3: what does $100 get you in a smartphone? (Review)